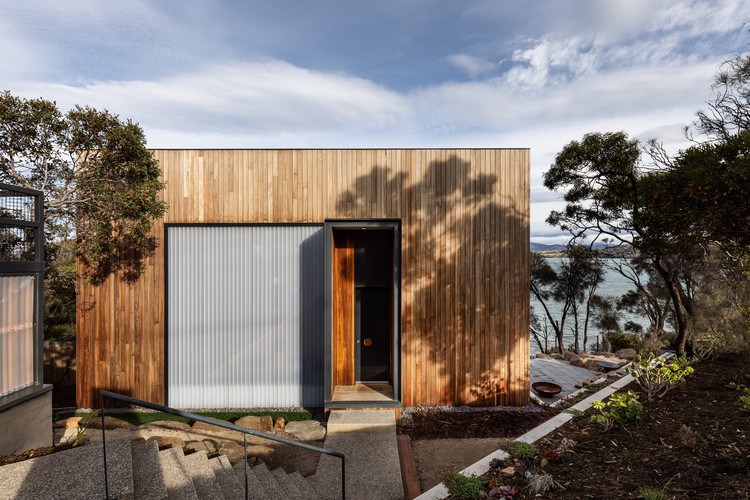 Text description provided by the architects. Nicknamed the 'Tardis' in reference to Doctor Who's time machine, the brief for this project was to create a home that appears small and private from the street, but is deceptively spacious internally.

Working within the ‘Tardis’ concept, the design response seeks to address three key challenges: how to build within a tight building envelope' as defined on the title; how to provide privacy from the street while also capturing northern sun, and how to make the most of the western views while minimising glare and heat gain/loss. Split-levels, double height spaces and aperture placement deliberately blur the scale of the building. The street facade employs the use of a translucent polycarbonate product to allow for northern light to flood the living areas, while also providing visual and acoustic privacy from the street without the need for curtains. Timber screening on the eastern facade further aids the sense of privacy and seclusion in the home.

A ribbon-window wraps it's way around the western side of the house to heighten the panoramic views while keeping glazing areas to a minimum. Initially envisaged as a large openable hangar door, the west has direct connections to a private deck. Overlooking Pitt Water and Kunanyi/Mt Wellington beyond, the modest sized 3-bedroom home prioritises a sense of place, allowing water views and light to define the cliff-top living experience. 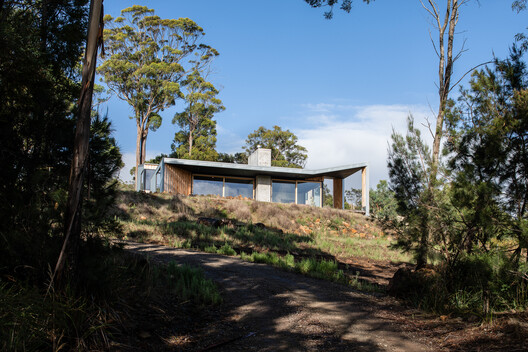 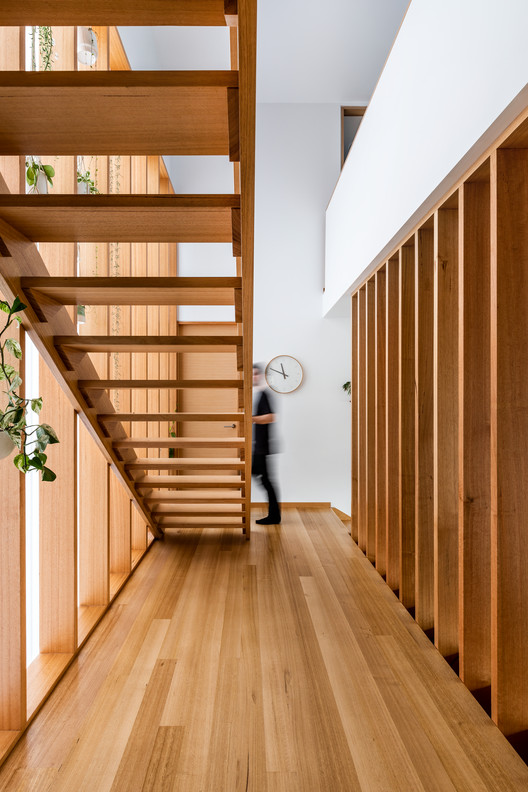