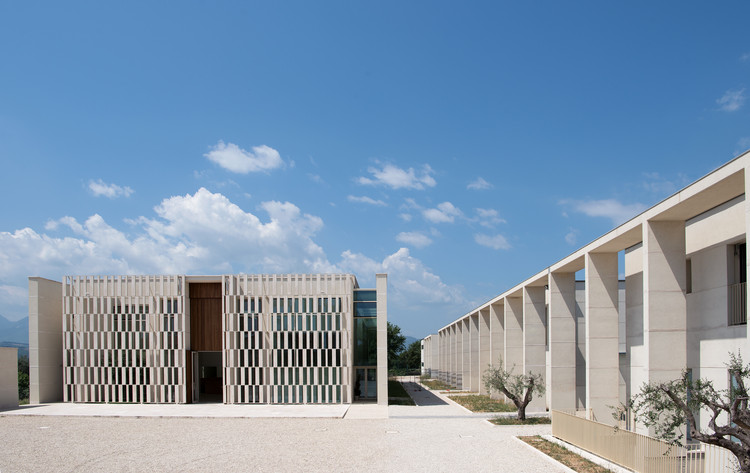 Text description provided by the architects. The church is the last building, in order of construction, of the parish centre designed by studio_continiarchitettura. The complex includes sporting and recreational facilities, spaces for education and meeting places, creating an urban system that promotes community life. The project, developed from a competition held in 2006, is deeply rooted in its context, both through the disposition of its volumes and the use of local materials.

The relations with the surrounding settlement are further enhanced by the pedestrian path that passes through the parvis, which extends in the large square garden. This space is bordered by a simple wall on the southern side and by a closed portico towards the main road. Those limits create a sense of gathering, a space that suits the needs of community life and collective meetings. A fundamental element of the project is the public pedestrian path that cuts through the complex, separating the church from the volumes for the parish activities and suggesting possible urban connections with the surrounding public areas. The bell tower, placed towards the main street and the settlement, indicates the position of the parish centre to the surrounding area, thanks to its height. The exterior of the church is characterised by its façade in slabs of travertine forming a filter that allows glimpsing inside the building.

The interior accommodates a large suspended elliptical velarium, place for the assembly and space for the liturgy. The elements for the liturgy (baptismal font, ambo, altar, seat, crucifix and tabernacle) are placed along a path that cuts the chancel longitudinally and reaches a garden on the back of the church, in which an olive tree is planted. The assembly dispositions follows the dictates of the Second Vatican Council, with the chancel surrounded by the seats for the believers, forming the essence of the Church. The ambo and the altar are placed on the foci of the ellipse, facing each other, emphasizing the equal dignity of the Eucharist and of the Word. The magnificent artworks in travertine by Giuliano Giuliani, placed inside the church, spiritually define the places of the liturgy. 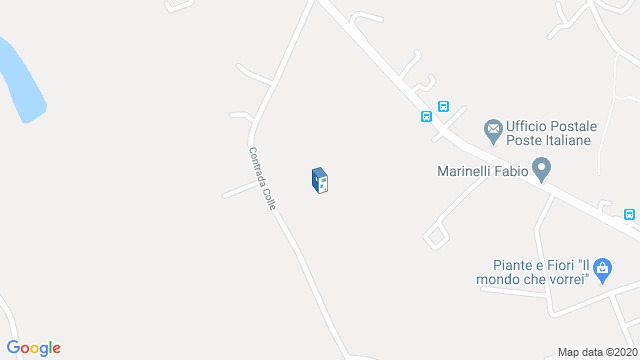 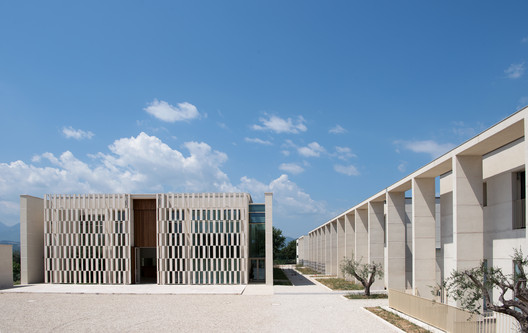