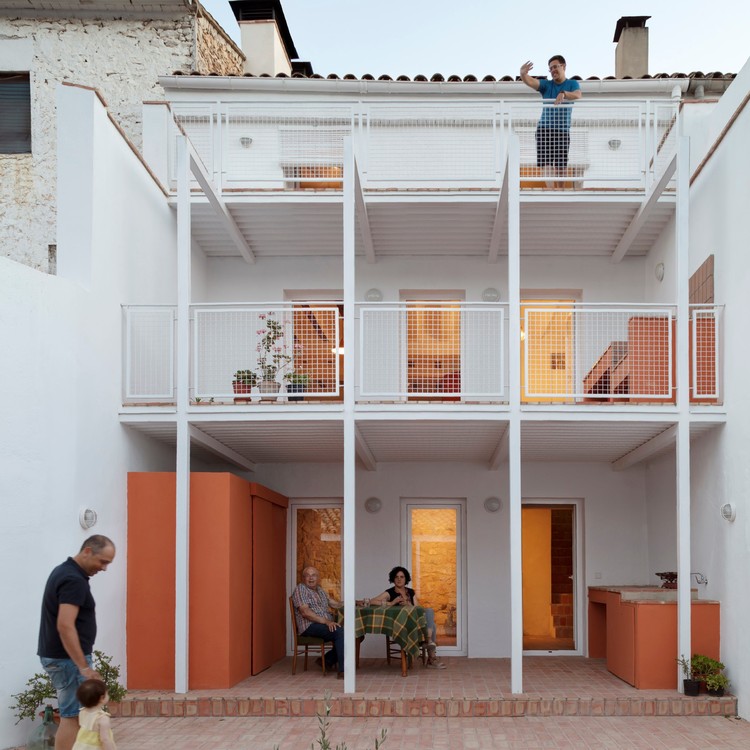 The DOM house, located in the hamlet of Los Pedrones, is half of a house built in the 50s of the 20th century that was divided by Solomon during an inheritance.

In contrast to the main façade, the rear is configured as a kind of "rustic Pars" with patios and rooms for animals, tools, and agricultural production. It was the place of the "cacheras", the "chicken coops" and the "terrao". The day-to-day workplace, dirty, worthless, and private.

Over the years the house has undergone a series of transformations with the aim of solving specific needs at specific times, crystallizing a kind of biography of the family.

These modifications have been carried out mainly in the rear, adding roofs, extensions, new rooms, and services. But, due to the radical change that the countryside underwent from the 1970s onwards, going from subsistence agriculture to extensive agriculture, these spaces were gradually outdated and disused.

Finally, and like so many other houses in emptied Spain, the DOM house ceased to be a house for regular use and became a summer house, to be the "townhouse"

The actions that are carried out seek to reconnect the inhabitant with the nearby landscape and with its latent country. The project is to continue transforming this house, as it has been doing for 70 years.

The more informal exterior extensions have been replaced by a light structure that contrasts with the heaviness of the masonry wall. Almost like a shoring of the façade, it has the necessary depth to become a room that prolongs being outside.

The location and shape of the services define the character of the floor plan. The bathroom on the ground floor is conceived as a joint in the connection of the floors of the house; On the room floor, the bathroom is divided into two, to be integrated into a piece of furniture, and the terrace as a living space, is equipped with elements that house services that characterize it, such as the laundry room, a well, and a small warehouse.

The different interventions seek to interweave different layers of time, to value the transmitted knowledge. But above all, that the house is used, that dinners are made for friends, that birthdays are celebrated and that the Domingo family comes more to town. 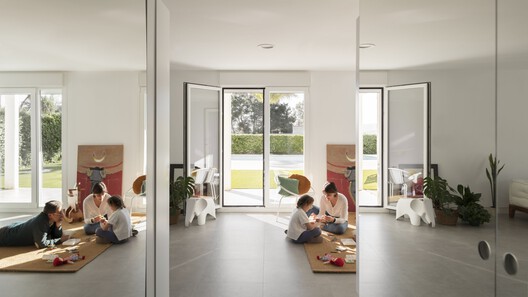 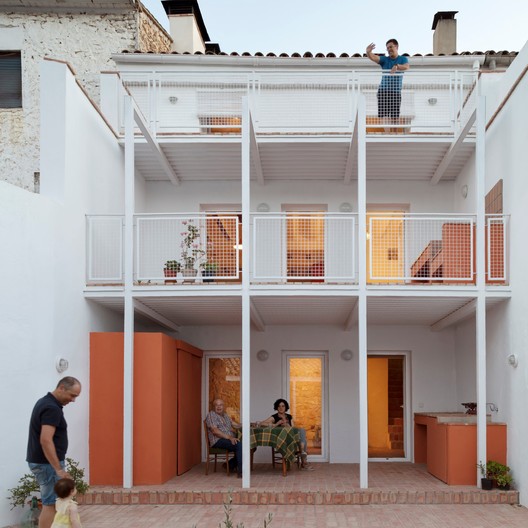