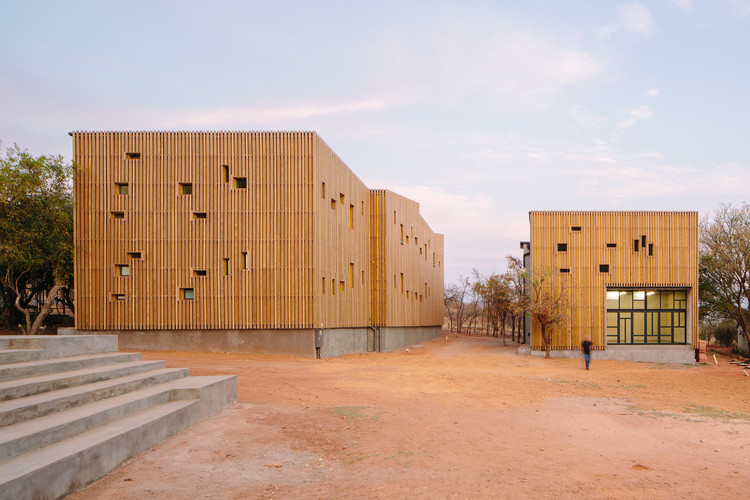 Text description provided by the architects. The Limpopo Youth Hostel project was commissioned by a Non-Profit Organization focused on advocacy training for youth. The organization originally purchased a defunct wedding venue, which included chalets and a dining hall. The brief was to build two new hostel blocks housing 120 beds with communal spaces and to extend the old function hall to cater to the additional people.

This is the first project by Local Studio which attempts to apply some of the firm’s experience in urban environments to rural communities. Over 200 people use this facility at any given time allowing for the application of basic principles of public space and place-making. The only difference is that this project is surrounded by nature rather than extended urbanism.

The two hostel buildings are made up of 14 ‘pods’ of eight students each, in bunk-beds, with each student being afforded a level of privacy by way of screen walls and subtle lighting elements. Most of the bunk beds also have their own open-able window for improved ventilation, creating the irregular array of windows on three of the building facades. Each hostel building has a communal space at ground floor, one being a library and the other an art center.

This project also presents a departure in the way Local Studio normally approaches material usage, having previously focused on industrial materials such as steel, poly-carbonate and corrugated iron. Here, a new material language has been developed which has some of the ephemerality of previous work but with more sensitivity to nature and the capacity to age more gracefully. The building’s primary structure is a lightweight Hebel concrete block – the biggest load-bearing structure built using this material in South Africa – and the cladding is Rhinowood, a local wax treated South African pine.

Working with local timbers in South Africa can be challenging as they are mostly too fast-growing to be used in primary structures. In this case, the Rhinowood was applied to the façade of the building, spaced off the Hebel surface by 200mm. This effect shades the façade, facilitating a comfortable internal temperature for the building in the hot climate of Limpopo, which can reach 40 degrees Celsius.

The buildings are, for the most part, ‘off-grid’. Power is still partially sourced from municipal supply; however plans are in place for a complete conversion to solar power. All black water produced by the residential blocks is recycled for the irrigation of leaf vegetables. The roofs of the building are a rolling series of mono-pitches, which are designed to mimic and blend into the hills surrounding the site. Local Studio is steadily building a portfolio in developing areas. On this particular site a communal laundry and a workshop are being planned to be built in the near future. 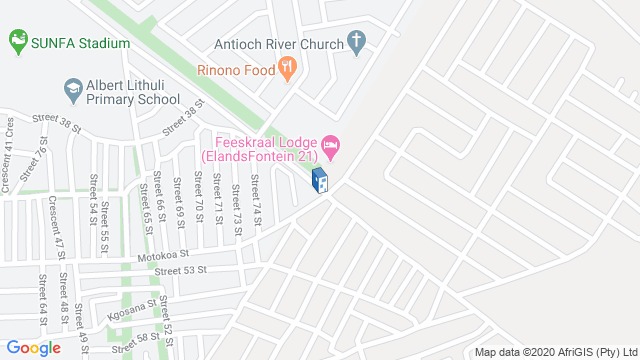 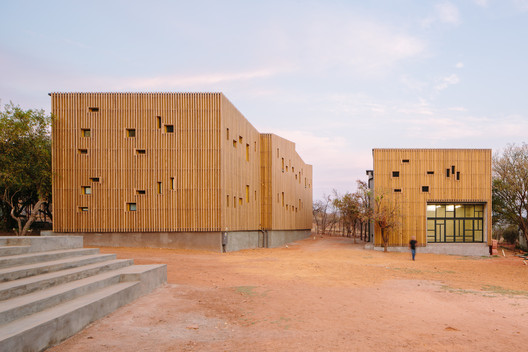