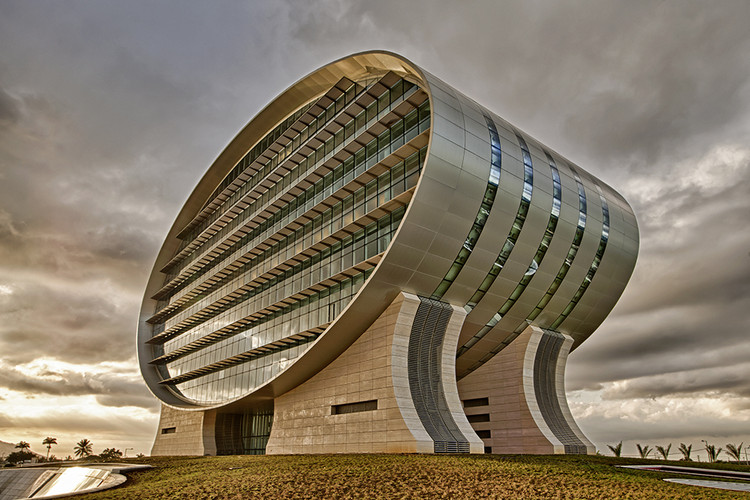 Text description provided by the architects. The Mauritius Commercial Bank building designed by Mauritian architect Jean-Francois Koenig in 2006 and completed in 2012 is situated in the centre of the island of Mauritius to decentralise from head office in the Capital City Port Louis to be closer to the living areas of the workforce thereby reducing travelling time and distance from the workplace.

The dual functions of auditoriums/lecture rooms and offices are housed in an elliptical shaped building derived from the desire to save unusable low headroom space usually found under wedge-shaped auditorium sloping floors by raising it off the ground to form the underbelly of the building ; and to bring management on top floors typically cut off from staff on lower levels visually more interconnected by double mezzanines on both sides of an umbrella roof on the higher levels.

A canteen for 125 staff is situated on ground floor with views on a man made pond. The roof is liberated by placing the plant rooms on ground floor making them more easily accessible for maintenance. In full use the building holds 1025 people. The 63m long × 22m wide floor plate in the centre of the ellipse seats 150 to 175 people in open plan and is a 9% to 91% core to office space ratio. Air-conditioning uses "free cooling" with thermal storage tanks, enhanced by passing cold air in raised floors using thermal mass without suspended ceilings.

Photovoltaic cells on the premises away from the building provides 35% of energy at peak use. Rainwater is collected in large water tanks underground using the pile caps of the 4 pillars holding up the eliptical structure and is recirculated to flush toilets, clean the building, water the garden and top up water lost through evaporation of the reflective pools. Waste water from wash hand basins and showers go through a filter to be recirculated into the system.

The glazed ends are oriented true north-south with cast aluminium sun screens whilst the east and west façades are, with double glazed portholes and glass rings, well insulated and mostly blank for better control of low incoming morning and afternoon sun. The building was the first in the southern hemisphere to obtain a BREEAM certificate, represented the best of African Architecture at the UIA World Congress in 2011, and honoured in the UIA/KIA competition "100 Architects of the Year 2012". 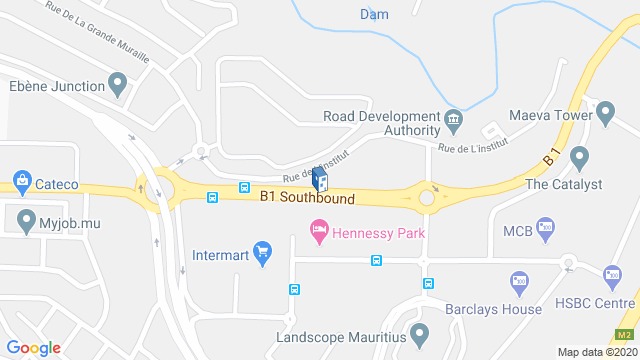 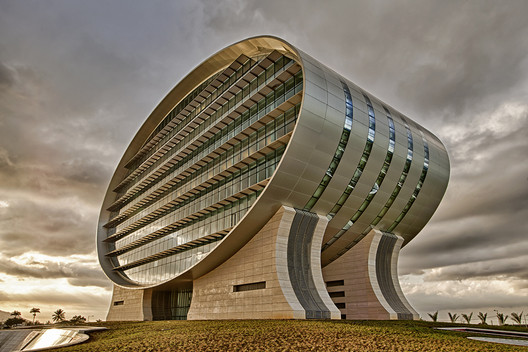