Save
House of Brightness / Nakajima Koyo 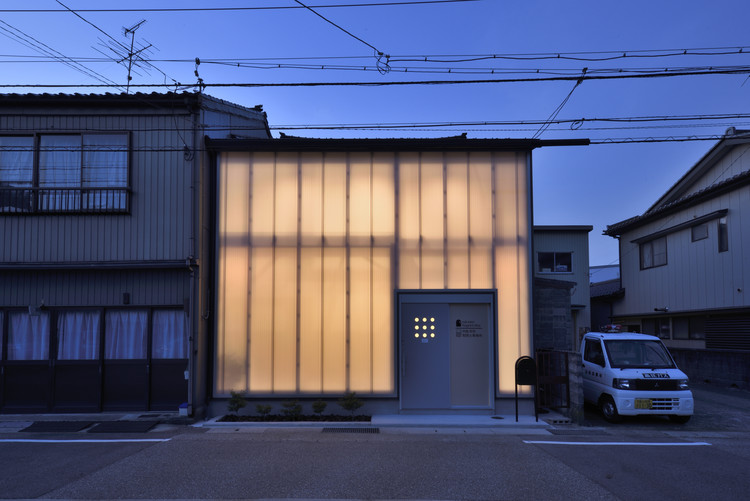 Text description provided by the architects. This house renovation project aims to transform the unused residence that my grandfather used to live in to a mixed-use building of office, shop and residence. The office is for my father’s tax accountant office. The shop is for my sister’s nail salon. While it is necessary to separate these three functions in terms of space and circulation, it was difficult to make them completely independent with adequate space and individual entrances in this small house. To solve this situation, a new structure is added to the front part of the existing building by removing the old facade in order to set up a new entrance hall that leads to three functions.

The new entrance space has a void which is largely open with a semi-transparent outer wall and therefore filled with soft and natural light. This brightness would bring about indirect accordance among three functions, providing the whole architecture with rich spatial experiences. The reason why I have focused upon this “brightness” is due to the local somewhat dull climate. This site is predominantly cloudy, often rainy and thus sunshine is rather scarce. Like the “Tateyama” mountains renowned in this area, with their silhouette melting into the sky, soft light is encapsulated into the architecture without worrying about the weather.

The ceiling has been tilted to work like a reflector in diffusing light. There are transparent fixed acrylic plates that divides the thermal environment of the first and second floor, allowing light to come through. A multi-layered poly-carbonate outer plate has a SUS flat bar in its joint. It can decrease mullion and create abstract existence of the wall. An old window sill situated on the second floor works as a handrail. Here is a creation of an ambiguous additional space, in what was otherwise the exterior of the building. The facade of this structure appears as a phenomenon rather than substance. At night, its semi-transparent facade emerges in the town-scape, akin to a lantern that is seen during the annual festivals in this region. 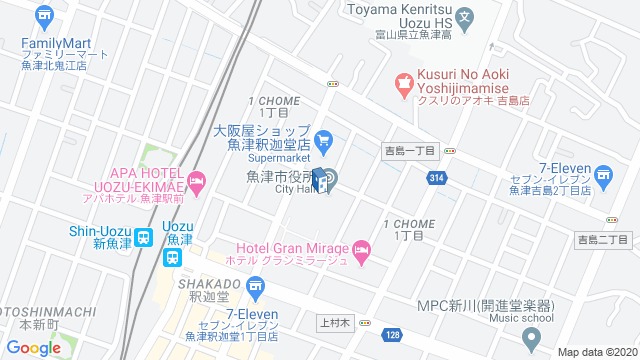