Save
Rethinking the Collective / Rural Urban Framework, The University of Hong Kong 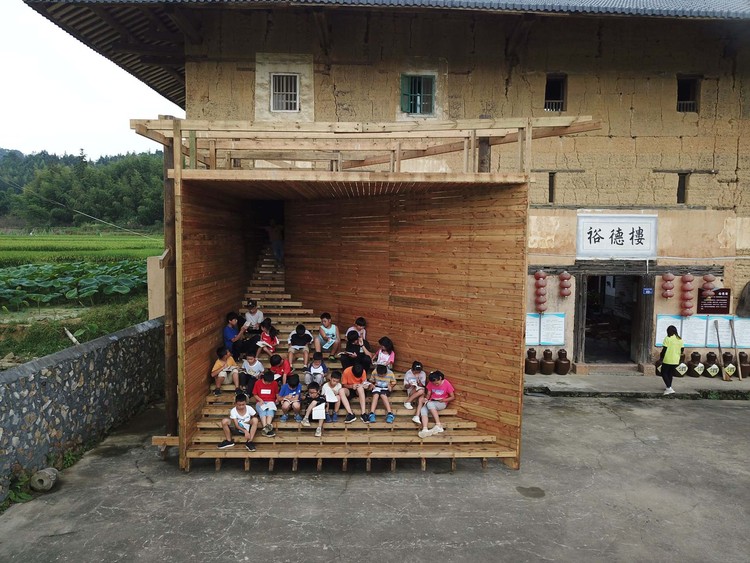 Context
Over a 1000 years ago, large introverted earthen buildings (tulous) of the Hakka culture emerged in southern China in a fiercely combative culture. Extended families built thick earthen walls for collective defence, while maintaining a shared open space for farming activities in the centre. Each family in the traditional tulou live in a vertical section of rooms, accessed through a shared corridor and balcony. Thus, the building establishes a specific relationship between a number of individual spaces and a collective space.

Over time, as more and more tulous dotted across the landscape, new relationships started to form between them. Although the tulou has emerged as a traditional form of collective housing in the rural, people began introduce different functions: religious activities, marketplaces or schools. They embody a proto-urban condition where the collective spaces were not only used privately but as public institutions.

Today, tulous can be found surrounded by a dense clutter of structures.  The spaces outside and in-between the tulous are filled with concrete and brick houses that can be found across China, fueled by the desire of the residents to build individual houses.

In a way, the tulou describes a paradoxical transformation from an urban building in the rural, to a rural building in a newly surrounding urban context. As the tulous do not correspond with contemporary desires of dwelling, despite preserving the only available open space behind their protective walls, many of them are experiencing individual transformations or are being abandoned.  However, not all have dismissed the tulou’s notion.

Since the greatest limitation to living in a tulou is the inability to adapt or expand the individual house, residents have found radical ways to expand their house.  Such as directly plugging in a modern house from the outside of the tulou wall, or rebuilding the tulou section by section each with individual style and layout, but retaining the collective footprint.

Design strategies
Responding to the changing relationship between individual/collective and rural/urban, Rural Urban Framework proposes a series of possible interventions that radically rethink the tulou through programmatic, structural and spatial transformations towards a new commons - finding new reasons for living together.

The aim is to give a new life to the tulou, making it once again centre for a new form of collectivity. To transform the old house for collective living into a new house for collective experience, we designed different prototypes in relation to different tulous; the Wall, the Ground, the Stairs, the Corner, the Tower, the Roof, the Entrance, the Bridge, the Window. Each prototype refers to a specific part of a house and challenges the idea of the tulou experimenting in shape, proportions, openings, density and height. Two of these strategies have currently been built: the Plug-in on the outside and the Tower on the inner courtyard of the tulou.

Plug-in
The Plug-in rethinks the thick defensive wall traditionally characterized by small openings by turning the tulou inside out, opening it to the new surroundings.

This tulou has been renovated by the local government into a children’s school, and individual transformations have already taken place, such as the plug-in of toilets. This prototype transforms a small window into a new entrance, introducing a public library to the existing school. The funnel staircase plugs into the enlarged opening, inviting people to sit, read and rest in the shade, while also serving as an open amphitheatre for activities in the exterior courtyard.

The Plug-in is entirely built of timber, comprising two main parts and five layers of structure that work together according to a specific hierarchy. An anchored outer frame is built with traditional circular columns and joints.  It forms a scaffolding from which the funnel staircase hangs.  This is comprised of a much lighter set of timber structure.  Thin vertical and horizontal elements are revealed on the outside whilst the decking that encases the stairway are placed on the inside.  This results in an enclosed box that frames the view of the landscape while sitting inside it or guides the eye towards the light while going out of the new reading room.

Tower
The Tower rethinks the public space of the tulou by raising up the traditional collective courtyard and connecting each floor through a spiral stairway to the sky.  New public programmes are introduced along the way.  The changing rhythm of the steps encourage people to sit, read, or even drink tea inside the tower.  The bridges connect to the upper corridor of the tulou which becomes a public reading room, whilst the top of the Tower becomes a place to contemplate the view.

The materiality of the 500 year old tulou corridor structure is reflected in the new 12 meter high timber Tower. A continuous timber railing between old and new is connected by the spiral staircase that wraps around the central column. Each floor is connected by a series of bridges.

As with the Plug-in, the structure is exposed to the outside.  The decking is placed on the inside of the railing along the steps. The last step meets at the same height of the interior roof eave , forming a platform that offers a view of the horizon whilst still being inside the calm and sheltered courtyard of the tulou.

Building together
The Plug-in and Tower strategies, designed by Rural Urban Framework, were built in Lantian Village (Fujian, China) by students in collaboration with carpenters as part of the Jockey Club HKU Rural Urban Design Project.  Students from The University of Hong Kong and The Hong Kong Design Institute engaged with both carpenters and local residents to learn about both traditional timber craftsmanship and the challenges that villagers and their tulous face when confronted with urbanization.

New forms of collectivity are not only expressed by the physical adaptations of the tulou, but reveal themselves in the collaborative effort of different people and institutions exchanging diverse forms of knowledge. 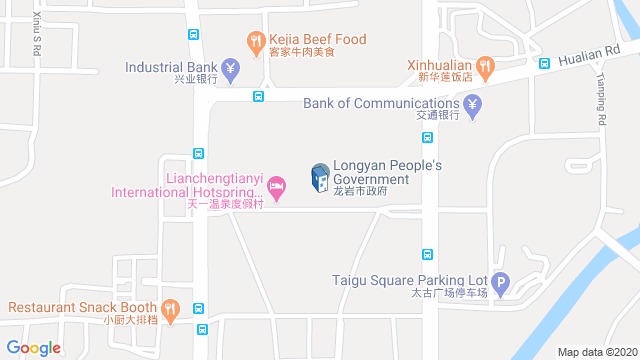 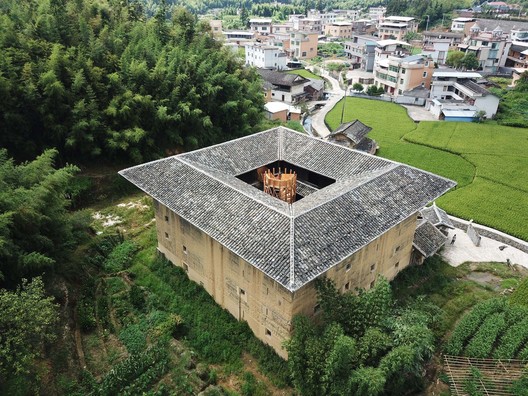 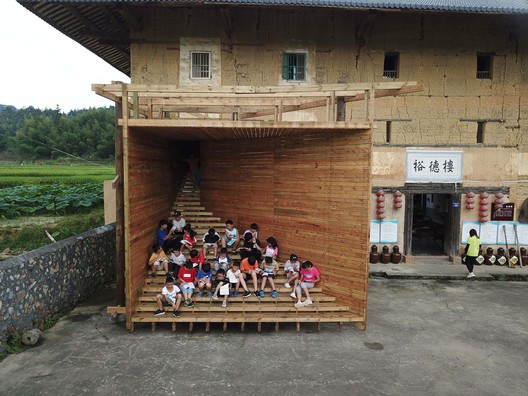