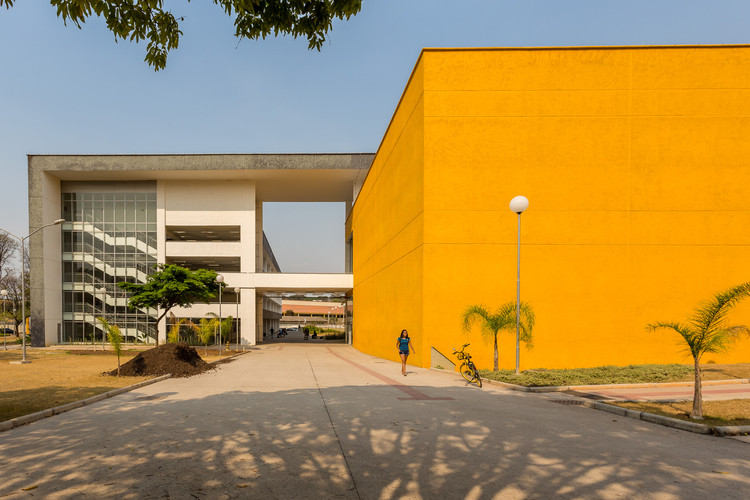 Text description provided by the architects. The project was conceived collectively by means of an innovative methodology led by teacher, researcher and architect Maria Lucia Malard. This collective, non-hierarchical conception allowed the six architects of different ages, backgrounds and experiences to propose and discuss the architecture of this building in design workshops. Thus, several conception sessions were made within the extinct DPFP (department of physical planning and projects at UFMG - Federal University of Minas Gerais) and also counted on the collaboration of its designers for the sequence and development of the project. The idea was to collectively create an institutional building under the premises of the university master plan and without authorship.

Built with resources from the Support Program for the Restructuring and Expansion Plan of Federal Universities (REUNI 2008), the didactic activities center (CAD) inaugurated a new form of space management at UFMG. These spaces are not linked to academic units and are managed by the Coordination of Community Affairs. CADs can receive classes and students from all academic units, although, due to the proposed strategy for their locations, each one preferably meets one of the three major areas of knowledge, in the case of CAD 3, the exact sciences. The completion of the building gained special significance due to the context of the economic political crisis that caused the interruption of all the works for the expansion of public universities in Brazil.

CAD 3 has three classrooms with 50 seats, 22 classrooms with 70 seats and eight auditoriums with 150 seats. The building is divided into two blocks. The rooms are in the gray block and the auditoriums in the yellow block. The complex has a built area of 10,600 square meters. One of the highlights of the new facilities is the structure of four of the eight auditoriums based in the second block. Two pairs of these auditoriums have articulated modular partitions, which makes it possible to convert them into two amphitheaters with a capacity of 300 people each. In them, classes or lectures will be given in 360º. The entire structure contains sound insulation. The CAD 3 also has space for a cafeteria and some benches in the living space located in front of it. 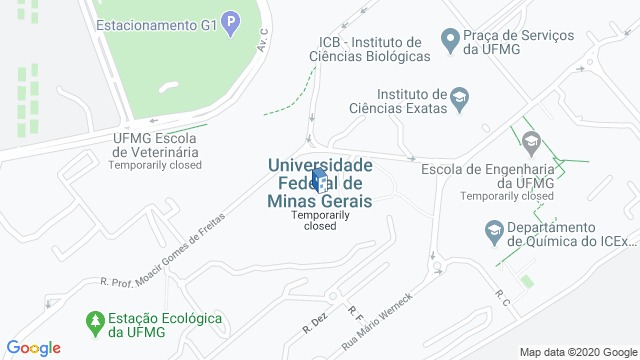