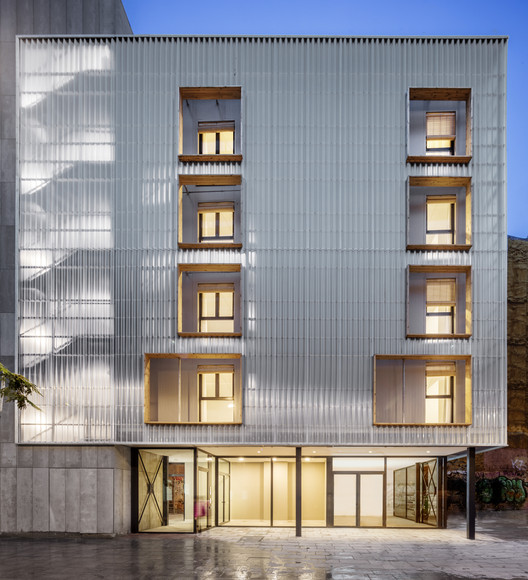 Text description provided by the architects. Gentrification is cruel to the historical centres of cities. Living in a walkable, diverse and well-equipped neighbourhood is becoming a highly coveted luxury. It's necessary to regulate the real estate market and mass tourism, to democratize access to housing in densely populated areas, in addition to multiplying its share of affordable housing, either public or cooperative. But, how to build housing in the developed centre if it is the place where the available space is more expensive and scarce? In a kind of urban dentistry, with what we call Tactical Housing, such as the APROP and ATRI strategies, cities are proposed to fill in the cavities of their built-up teeth. It understands vacant lots, properties that have not exhausted their buildability and even excessively large public spaces as places of opportunity to house residential units that, using modular prefabrication with criteria of urban, ecological and social sustainability, achieve faster execution that is more economic, fair and sustainable than conventional public housing.

This is the case of the first building designed and built in the Proximity Provisional Accommodation Program (APROP), promoted by the Barcelona City Council. Through these residential facilities, the city hall intends to temporarily relocate, within the same neighbourhood, the residents who have suffered an eviction. Thanks to the use of recycled shipping containers, these modular buildings reduce their ecological footprint considerably. On the one hand, they avoid energy waste and the emission of greenhouse gases that come with the massive use of reinforced concrete or steel casting for metal structures. On the other hand, they are perfectly removable, transportable and adaptable to other locations, which reduces energy costs and waste generated during the demolition process.

The APROP of the Gothic Quarter constitutes a compact corner volume between party walls that occupies a building plot of municipal ownership, previously used as an extension of the adjacent public space. On its ground floor, it houses the extension of a nearby sanitary facility and, on its four upper floors, it contains a total of twelve accommodations, of which eight are one-bedroom and four are two-bedroom apartments. All the accommodations have a minimum of two facades, so they enjoy cross ventilation. The northwest facade opens onto a courtyard that contains the vertical nucleus of accesses. The southeast facade, facing a narrow street, is clad with wooden balcony doors of vertical proportion, Alicante-style blinds and metal railings, like the buildings of most of the historic centre. On the southwest facade, which opens onto a square, the four largest accommodation units have wider openings. The facades are ventilated and their thermal insulation gives the building the best energy-efficient features. Its exterior walls have been resolved with a translucent polycarbonate cladding. By day, this bright, clear skin increases the luminosity of the accommodation while subtly reflecting the surroundings. At night, it filters the light in the interiors, thereby improving street lighting without compromising the privacy of its inhabitants. 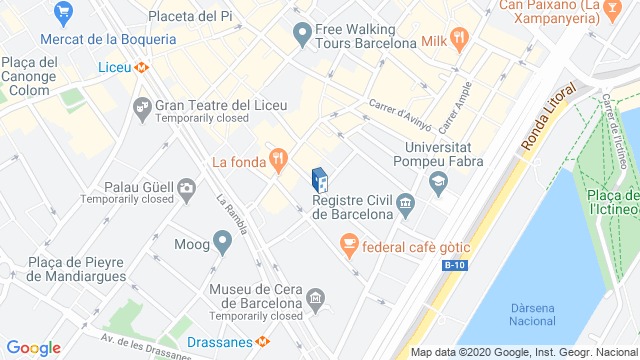 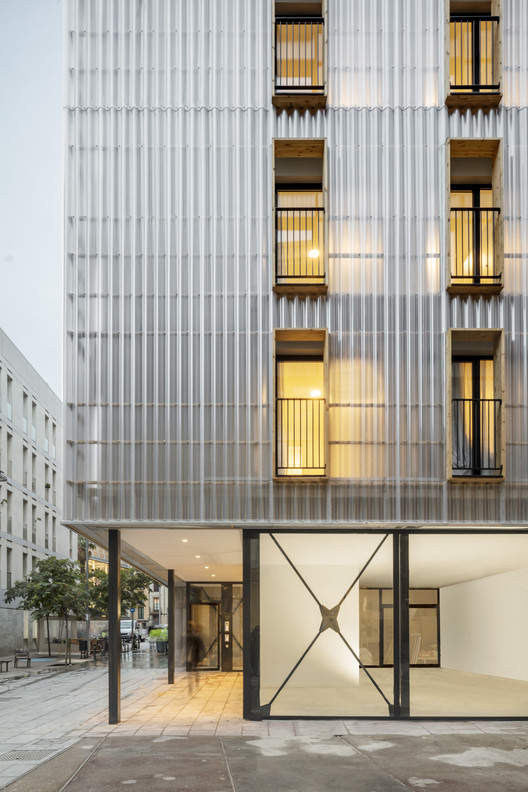 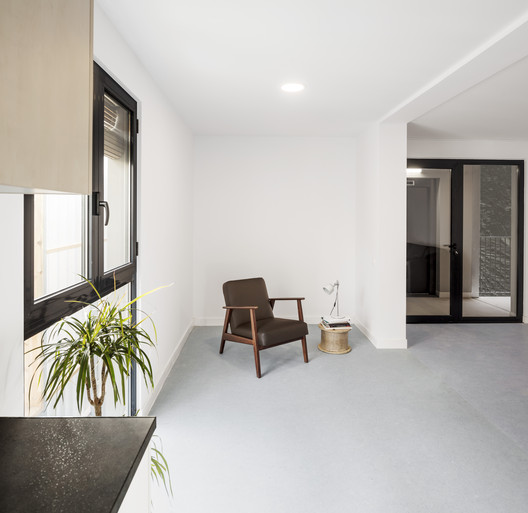