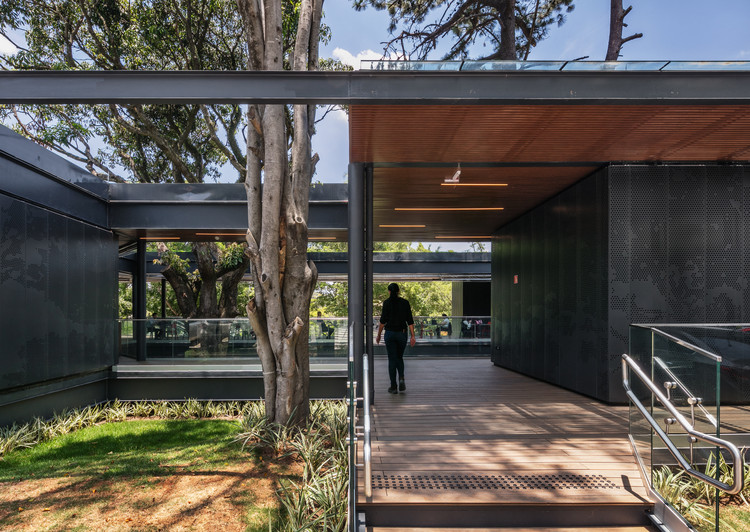 Text description provided by the architects. Located in Cidade de Deus, headquarter of Banco Bradesco in Osasco / SP, the project aims to meet the demand for eating and services area. With a population of approximately 12 thousand employees and several administrative buildings, the headquarter of the institution did not have aimed spaces for such uses. The first analysis made sought to identify possible areas for the implementation of this project whitch should be modular and flexible. A point of attention set by the bank was the high demand for parking spaces. Therefore, the implementation in the remaining areas was opted in order to not reduce the number of it and in order to preserve as much as possible the existing tree extension. Another relevant premise was to implement the project according to the population density of the surrounding buildings.

Module 4 extends over a linear ground, although with an irregular topography. To guarantee the maintenance of the vegetation, several openings in the pavilion were considered in order to distribute the room schedule in the existing glades. The declivity of the ground on the edge allowed the configuration of a mid-level plateau below the rest of the building. It was decided to maintain the roof level, configuring a space with a higher ceiling height connected to the rest of the pavilion through a ramp in the middle of the vegetation. The room schedule includes restaurants, coffee shops, pharmacies, laundry and a mini market. 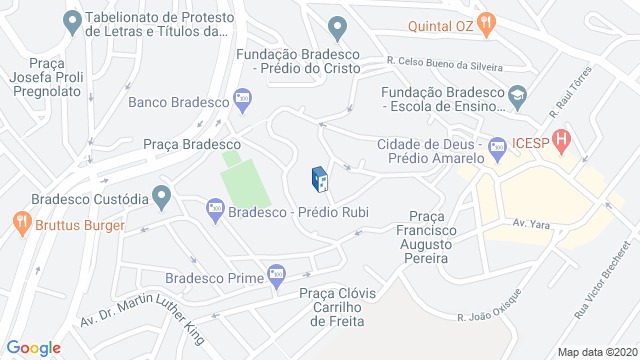