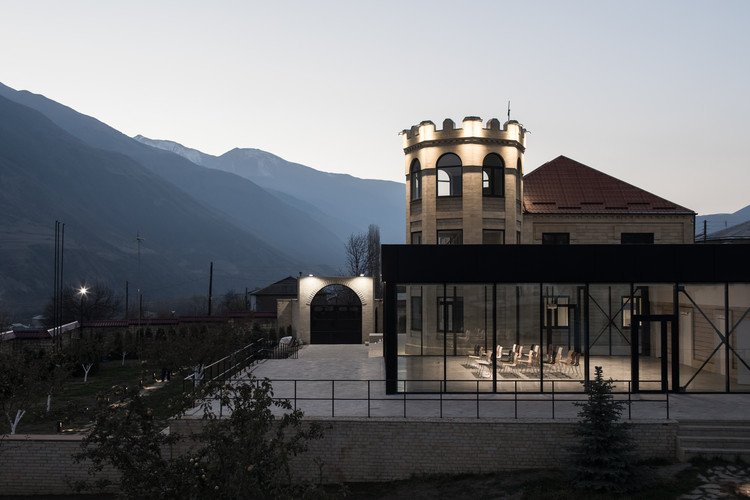 Text description provided by the architects. Luminary - a modern inspiration center is located in Khryug village in the South of Dagestan. Nowadays Khryug population is about two thousand people. Five years ago the charity foundation “Prosveshenie” started to deliver computers to schools of the village and as a result, the average level of internet communication in Khryg as well as in other Dagestan villages was brought to all-Russian standards. And right at that time, the idea to create an inspiration center appeared. Luminary was opened in Khryug village Akhtyn district on the 15th of May 2018. The center operates free of charge for the children aged from 10 to 17 which is about one thousand people. At the moment there are 120 children studying in the center, one half of them live in Khryug village another part is from the neighbouring villages and the district center.

The initial idea of the Luminary center is that architecture exists out of time. The majority of pupils have never been outside their villages but can have singular cultural excursions exploring Luminary architecture.  In the center, they can see mosaics of different styles and epochs, where traditional Dagestan architecture is combined with the ultra-contemporary elements of modernism architecture made of black metal and glass. Luminary is located in the apple garden on the territory of about 2500 square meters. Here a lectorium with panoramic glass glazing, a summer amphitheater for the lessons on the open air, and an observatory was erected. Unfinished buildings that had been standing on the territory since 2000 turned into the upgraded main educational building and a saklya turned into the residence for the visitors.

The environmental concept of the center was developed by A. Abdulkerimov, a major entrepreneur and a Trustee of the “Prosveshenie" foundation. That was he who formulated the brief for a visual concept of the first Luminary project, his desire was to create the environment of the center aesthetically diverse, to create elements of modern technological architecture and simultaneously to treat respectfully the tangible heritage and traditions of Dagestan architecture. The main architectural feature of the project is its appeal to nature and magnetic mountain landscapes. There are big panoramic windows in the center and a volume of the lectorium is represented by a glass pavilion, the landscape is an essential environmental element.

The interior of the study space is made in a peaceful contemporary style, where furniture, navigation, and infographics are the main accents. There is an observatory, robotics and VR laboratories, a virtual planetarium, a cinema, a library, and an art workshop in the center. The whole educational program is based on online-activities, the internet comes through an independent line with a speed of 560 Mb/s. Due to the frequent power outages, the solar panels were designed on the roof of the main educational building. In the daytime the center uses the sun energy, in the evening it takes power from the local net, but if the net disappears  then in 0,025 seconds the computer switches from the net to the battery.

There is a wind turbine in the garden, it provides power to the fountain and works as visual educational material for children. The children assemble the same kind of wind turbines and solar power stations at the technological laboratory. The realisation of the project cost 1 million euros, although all construction materials had to be transported from Makhachkala and Moscow. The maintenance of the Luminary center is about 400-500 thousand rubles per month including the work of the local team, the mentor center in Moscow, and the arrival of residents from other cities. 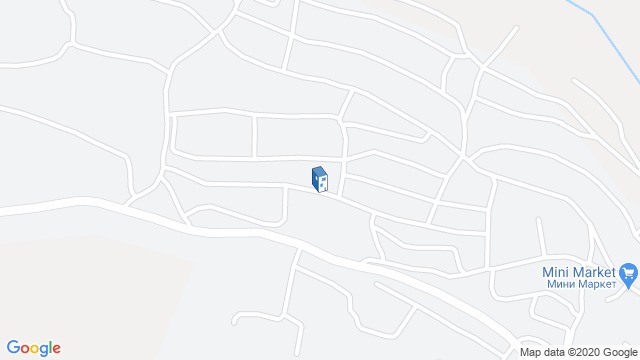 Location to be used only as a reference. It could indicate city/country but not exact address.
Share
Or
Copy
About this office
Archiproba
Office
•••