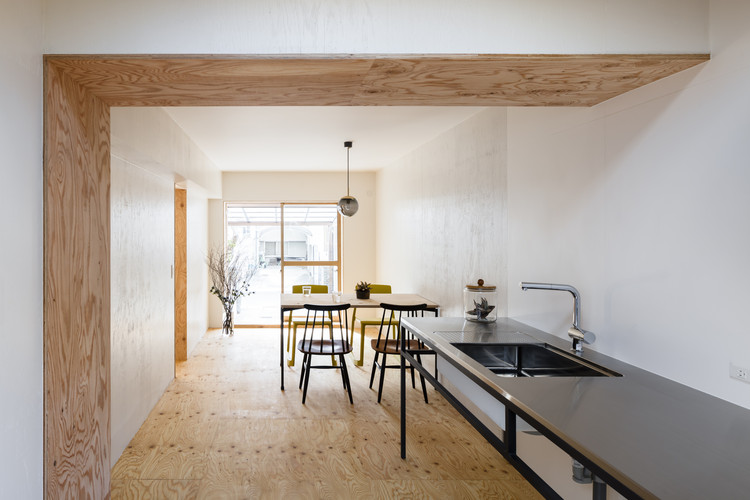 Text description provided by the architects. Renovation of a reinforced concrete terraced house built in 1968. In 1966, this residential area was established and construction began, in the following 10 years, a variety of terraced houses was build. This residential area played a major role in the development of Oyamazaki; nowadays many of the buildings have undergone repeated renovations to gain extra floor areas.

Over the time, this house too had a series of ambiguous rooms and corridors added to the original plan, resulting in the rooms in the center to become dark without natural light. Due to these continuous small changes, you could call it a migratory property, resulting in a unique plan type, new housing would never have. Reinforced concrete buildings often have structural load-bearing walls, which are difficult to remove, the same applies to this house. Therefore, the load-bearing walls was left, and it was decided to work with and take advantage of the inherent migratory nature. Instead of pathways and connecting several destinations,

I tried to plan an environment where the connection of spaces was more natural and connected with a continuous flow line. I wanted to create a space that eliminates the empty pathways by adding functions and the option of stay. Various functions and actions of everyday life mix and connects the spaces, a resident moving around the house is encouraged to settle down or act in different places. The garden of this house had been left unattended for many years. It was unkempt and desolated. However, it contained various species of firmly rooted trees and plants.

No major changes were made, with simple gardening and pruning, the garden was restored into a wonderful garden. From the reestablished garden, light now enters the house and reflects further into the rooms by the white painted walls. On the first floor the walls of the staircase and the Japanese-style room is removed to brighten and connect the space. The stairwell is further brightened by replacing the second floor wall with shoji. All resulting in a bright migratory space lit by natural light from both the out- and inside. 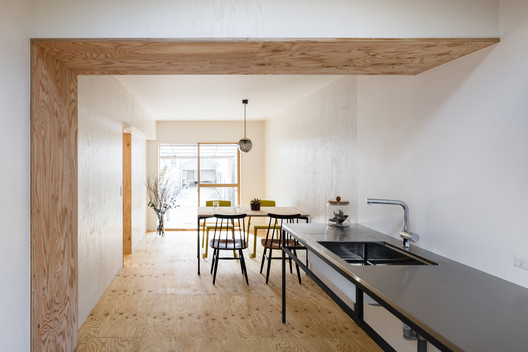