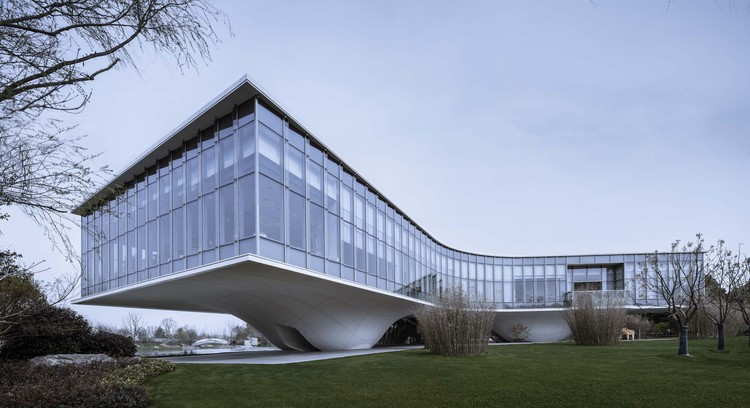 Project Background: returning to waterfront cultural space
Located in the town of Xu Xiake, Jiangyin City, China, and adjacent to the Xu Xiake hometown and Xu Xiake Expo Park, with deep historical and cultural heritage and rich ecological wetland resources, the base is the spiritual home of global explorers. The site of the exhibition center is located in the Xu Xiake Expo. How to deal with the relationship between this case and the Xu Xiake's former residence, the Xiake House and the Xu Xiake Museum is the primary issue to resolve.

In addition to the basic display function, more possibilities will be introduced to integrate the whole area and make it "a place of experience without gates", so that culture and art will become the engine of the whole island, and at the same time, a waterfront cultural social space will be offered.

Program generation: getting immersed in the landscape
The building resembles a landscape painting in the reflection of the water and enriches the form of the mobile space at the base of the building. The design returns the site by lifting to open the view. The activity space and the exhibition hall at the bottom of the building form a visual corridor between the "museum - elevated exhibition, waterscape space - Haiku House", through the elevated form, returning the original site while preserving the original flow of the park.

The elevated space becomes the focal point for the convergence of people, allowing visitors to move around not only outdoors, but also in the semi-outdoor space, where the indoor and outdoor spaces intermingle. The elevated section offers a overview of the park, creating not only a semi-outdoor event space, but also a new display space and an eye-catching suspended image that becomes a visual focal point on the hub, which creat a 360° viewing platform with a different view as you move.

The footsteps of the Xu Xiaoke will be followed and there will be a feeling of roam the starry sky. The footprints of Xu Xia's travels in China's mountains and rivers are transformed into starlight dots, which are presented as a light source through the inlay of dots on the GRC at the bottom, while at the same time providing an overhead lighting effect. The light source creates a beautiful star effect by slow breathing and changing colors. The water curtain flows top down, with the upper LED lights, forming a fantastic waterscape lighting effect, while the lower with the spray to create a water curtain effect. The water dew that occasionally falls on one’s body is like being in a fairyland where Xu Xiake was swimming in the mountains.

Materials and construction: the gentleness brought by GRC
Glass fiber Reinforced Concrete (GRC), also known as GRC, which is used in the lower part of the display center, takes advantage of its high moldability to perfectly wrap the lower structure and give it a curved mountain shape.

At the same time, the matte texture of the material itself is very aesthetic, and the glass curtain wall forms a contrast between reality and imaginary, enhancing the visual impact and artistic expression, the achievement of the inverted mountain and water. As opposed to the pure beauty of nature, humans prefer to create the beauty of order, and the folding glass is arranged in an orderly manner to create the beauty of sequence. 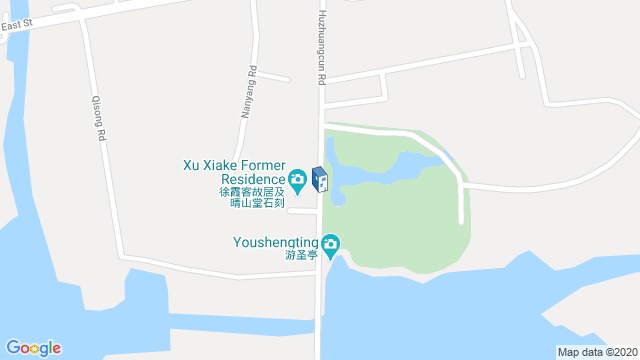 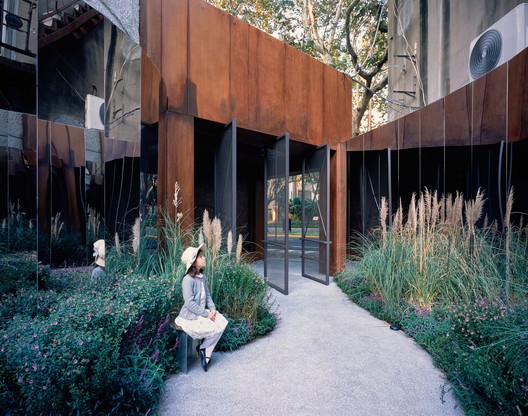 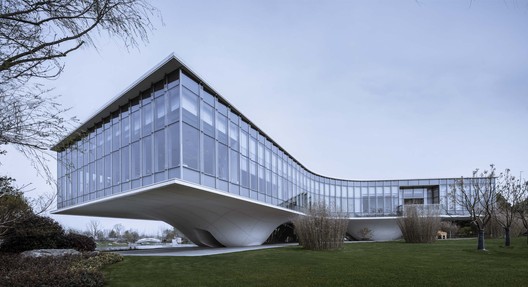