All
Projects
Products
Events
Competitions
Save
The Urban Village / TEAM_BLDG

Text description provided by the architects. In his book Arrival City: The Final Migration and Our Next World, Doug Saunders points out that the development of the arrival city (also known as urban village) is an important part in the urbanization process. It may be the birthplace of the next wave of economic and cultural development, or the explosive place of the next wave of violent conflicts, which needs to be properly handled.

Guangzhou is the only first-tier city where a large number of urban villages still exist in the city center. As of 2016, according to incomplete statistics, there are 304 villages in Guangzhou, with a total area of 716 square kilometers and a population of nearly 6 million. Just like the area where our renovation project is located, due to its superior location, a large number of migrants still flow in every year. However, most of the residential buildings they live in are dilapidated, facing the urgent need to be improved its living environment. A severe lack of funds and intricate surroundings are the biggest obstacles to the renovation of these old apartments. In this architectural renovation, we hope not only to solve a single problem, but also to explore a reproducible template to provide an additional solution for this old urban village area.

Bustling urban village
As the central urban area with the smallest area and the highest population density in downtown Guangzhou, Yuexiu district still has a lot of urban villages, remnant areas slightly disjointed with the high-speed urbanization. The renovation project this time is located in a well-known urban village at the Siyou Second Road in Yuexiu District.

The residential buildings in the urban village are basically the matchbox type corridor houses built in the 1950s and 1960s. In order to meet the actual use needs, there are many additions and structures at the façade and inside of the building. With its excellent downtown location and convenient transportation environment, this area is populated by a large number of young office workers, with a very high population density. Therefore, it is faced with the urgent need to improve the quality of the community and the living environment.

The residential building to be renovated this time is located at a very special position, with a bustling urban trunk road in front and the Siyou meat and vegetable market, the only market in the urban village. The stores necessary for life, such as food, groceries and hardware, stand in the market. Nearby, there are two other residential buildings with very similar interior structure.   The unique texture of the bustling and noisy urban village was our first impression when we just arrived at the base.

The owner hopes that through the transformation of the facade, we can get rid of the old and dirty impression of the urban village and establish the benchmark image of the long-rented apartment brand. Meanwhile, it is hoped to improve the internal space, so that the apartment will not only meet the living comfort, but also make use of the public space to carry out activities and enhance neighborhood interaction.

“Lose weight” of new language of façade
As the front connecting the city with the urban village, how the transformed facade increases the degree of integration to link with the city and maintain cohesion with the community is one of the key demands for the facade reconstruction.

We studied and communicated about the punching method and proportion of the aluminum plate on the facade. After repeated proofing and confirmation, we chose the wavy punching aluminum plate to wrap the façade extending from the two ends of the atrium to the exterior. We strived to echo the punching pattern with the splicing mosaic of original building facade, to "reduce the weight" of the entire building through the semi-transparent covering layer and lighting setting, and meet the heavy traffic outside the house by the lightsome "rhythm" and jumping volume division.

The "dialogue" with the original buildings in the urban village behind also highlighted the contrast between the new and old languages, and the symbiosis with the surrounding buildings of big and small sizes emphasized the sense of "collage" of the texture level of the city facade.

Corridor “cuts” public and private secrets
The site is made full use in the interior of the building to make the staggered-floor corridor, and the east and west end of the corridor are connected with two staircases, which met the functional needs of small family settlement in the village at that time. However, there are a large number of structures in the inner courtyard surrounded by residents from the north and south and the air conditioning machines and wire chimneys that are scattered at random, which makes the only open public space in the original building unusually dirty and disorderly and there is even serious rat infestation in the courtyard.

Therefore, the main part of the internal reconstruction of the building should be the public space part in the yard and the rationale for re-dividing the house type is also the design point that we should focus on.

The design starts with the central courtyard to clean the original structures in the yard and sort out the air conditioning and various lines and pipes to ensure the courtyard's openness and comfort. According to local conditions, the public space surrounded by the main three-dimensional dynamic lines of the original building should be made full use of, to ensure that the lingering degree of the new residents in the central yard and staggered floor corridor by creating an interesting visual interior facade.

The design should keep the original structure of the building as much as possible and retain the three spatial levels from the private to the public areas in the original buildings, namely the connection of different house types at each floor, the three-dimensional enclosure of the staggered floor corridor and the staircase in front of houses, and convergence at the central courtyard. The interlayer between the skirt buildings along the street and the residents is filled with the gym, audio-visual rooms and other public spaces and the top terrace is set with sightseeing, drying and other recreational areas. At the entrance, the sightseeing elevator is added to reach each floor conveniently.

Difficulties and shortcomings
In the process of renovation, due to not repairing for longer time and disorderly pipeline, the setting of the upper and lower water buried pipes and the new firefighting pipeline inside the building became the biggest problem in the renovation. However, how to connect the pipeline setting in the urban village with the existing municipal pipeline was also reasonably solved through multi-party efforts and consultations.

In terms of materials, in order to meet the design requirements of high efficiency and low cost which is only 150 to 180 US dollars per square meter, we have chosen finished fabricated toilets and prefabricated building materials as much as possible, such as terrazzo floor tiles and dry hanging metal sheets.

Regrettably, due to the limitation of time and budget, the materials and details for the entrance of the facade and the public space were handled in a hurry. The materials for the man approachable dimension should be more approachable, and the detail processing for the handrails should better meet the actual functional requirements. 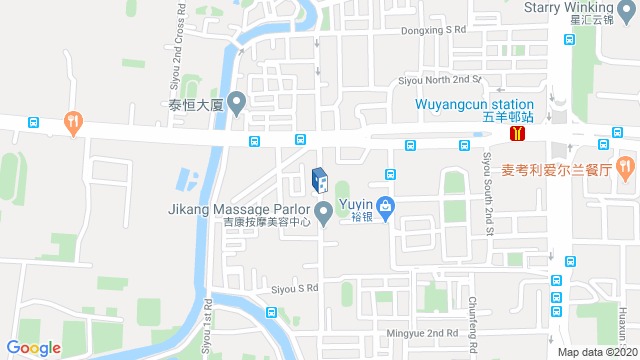 Location to be used only as a reference. It could indicate city/country but not exact address.
Share
Or
Copy
About this office
TEAM_BLDG
Office
••• 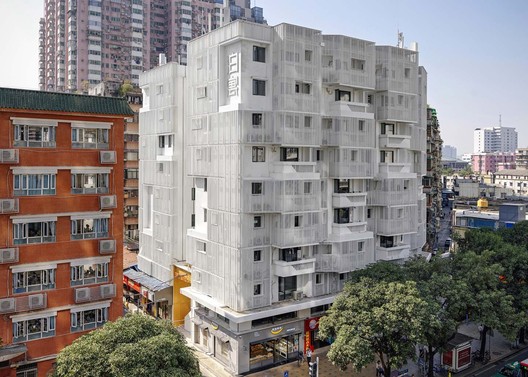