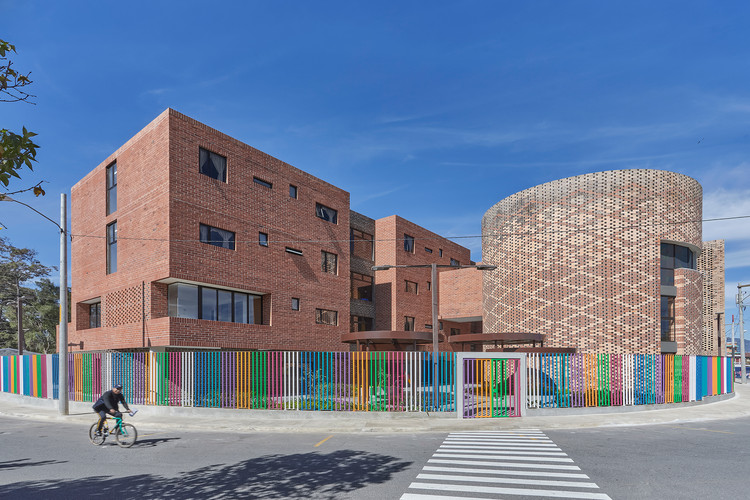 Text description provided by the architects. The Ronald McDonald House located in Guatemala City is part of a family of facilities within the Ronald McDonald House Charities. The foundation houses families from the country’s interior whose children are undergoing medical treatment in the national hospital in Guatemala’s capital city. The House will annually host more than 2000 families under the motto "A home away from home".

The project recognizes the work and needs of all its occupants, identifying itself as a "house" and rather than a "building," despite its dimensions. The staff’s operating protocols, program and space are conceptually designed to provide the families the warmth of a home with a sense of community. These characteristics contribute to the construction of a particular architectural language that reduces the perception of scale of the large program and conveys a sense of security and domestic warmth.

One example of the relationship between the houses is the corner plaza and cylindrical tower, which constitute the element with the greatest symbolic value within the complex. The tower of all children, as we have named it, has a brick skin façade of more than 20,000 pieces. The rigging of the tower represents the diversity of our country’s children and through the harmony of shades and arrangement of the bricks the design endows the project with a strong identity. This large independent volume contains a double-height multipurpose room on the first level, accessed from the plaza, and a spiritual reflection chapel connected to the main building via a bridge on the second level.

The main building, which contains most of the program, follows an L-shape configuration, which favors the relationship flow and takes advantage of natural light and ventilation. For this, the use of latticework becomes an essential strategy of passive technology to take advantage of the privileged climate of Guatemala City.

Within its occupancy plan, the house has private rooms and a series of common spaces, dining room, chapel, reading room, game rooms, cellars, laundry rooms and terraces scattered throughout the building, allowing simultaneous housing of up to 40 families. The first floor contains mainly the administrative and service areas combined with the collective use program. All the rooms and common spaces are grouped on the next three floors.

The Ronald McDonald House is projected as a community support facility, which recognizes the relationships and needs, both individual and collective, of the families who in conditions of adversity lodge there. It is a project that places people as the highest priority and in an effort to embody a more humane architecture. 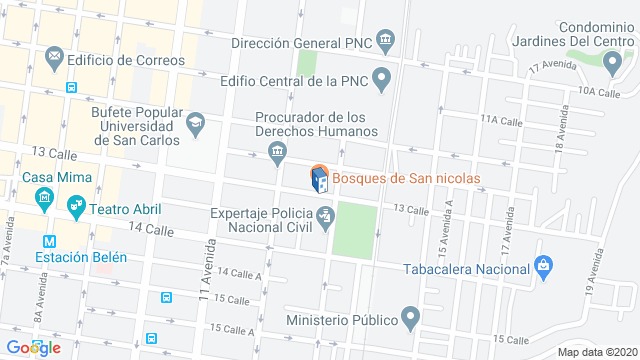 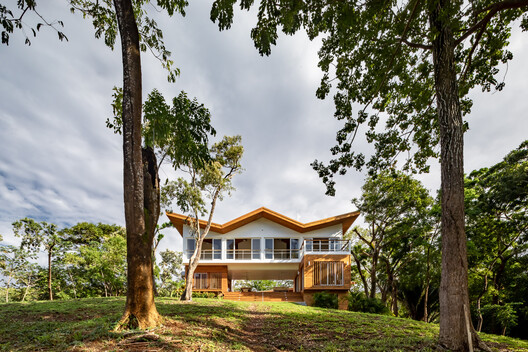 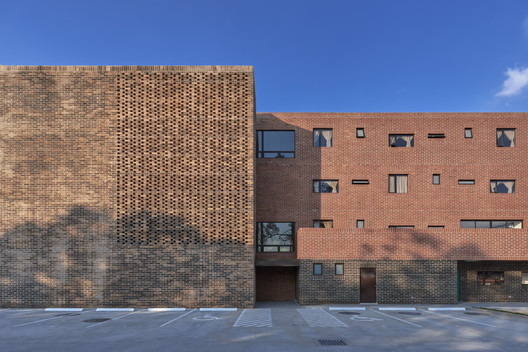 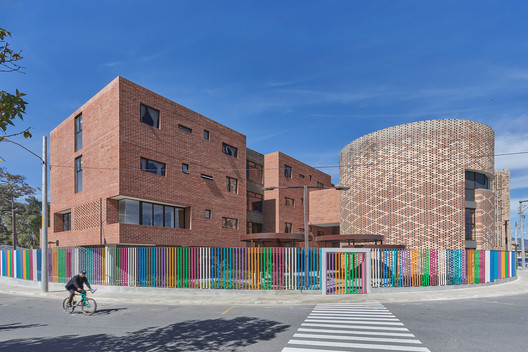