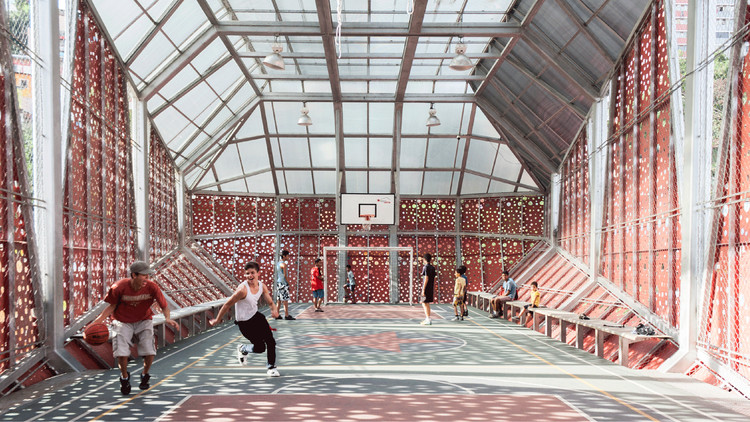 Text description provided by the architects. The multiprogram ship was built as a logistic chain of events where construction phases were included as a part of them. Eventually, after years of frictions, transactions, and interaction, progressively and incrementally transformed into a complex social, performative, and environmental apparatus. The building is a Spatial apparatus that explores cultural occupation creating tactical regenerations and mobility strategies Iand t’s an alternative condition of temporality to activate hybrid public spaces in these complex geomorphological slums. The Project takes part in a series of interventions of cooperative urban reengineering, focusing on consolidating a network of sport, cultural spaces as new productive and formative urban models for the informal growth areas of Caracas. based on microsurgery operations upon the organic tissue. This urban device is coupled to the main mobility systems of the favela, building relationships along the dimension of the stair in flexible operative strata. The ship deploys diverse programs based on ground reengineering and also suspending aerial spaces using prefab systems by a series of modular metal frames.

The Building is an empowerment machine full of social effervescence. It provides flexible platforms to enhance everyday life within forms of collectivity. It is an ensemble artifact that controls automatic procedures but at the same time allows the community to produce subjectivity and randomness. The project looks into urban cooperative reengineering across initiatives that aim to intervene more in time than in space. The process develops a series of hybrid, flexible, and incremental civic artifacts that promote cultural activities to regenerate the existing ecosystem. The projects operate on degraded context redefining urban sprawl. A series of social, technological, and environmental strategies propose new forms of urban life in order to revitalize community networks and alternative circular economies through citizen participation, public consultation, knowledge democratization, and symbolic capital. The implementation is also a way to rethink the local democracy connecting peoples to each other in an emerging network governability.

The projects integrate applied science and local traditions as a sustainable approach to human, environmental, and material resources. It examines collective landscapes, post-industrial ecologies, and network governability politics developing community projects in an intersection between design, arts, and engineering. The intervention has fulfilled to dilute the boundaries between an urban 70's government housing plan and an informal growing phenomenon articulating collective activities that benefit the citizens of both urban conditions. The building acts as a knowledge factory improving new social dynamics, supporting the appropriation of the urban soil through pedagogic activities and multiple and simultaneous programs. Every building is a manifesto, a statement. 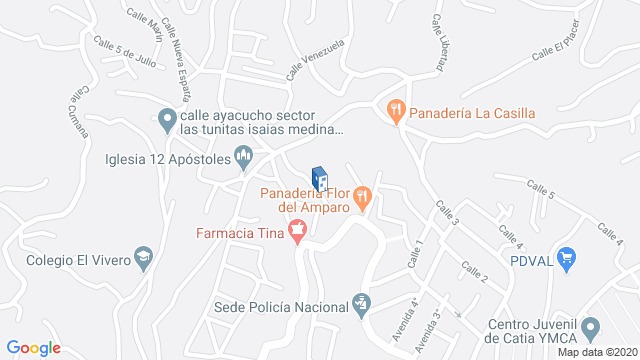 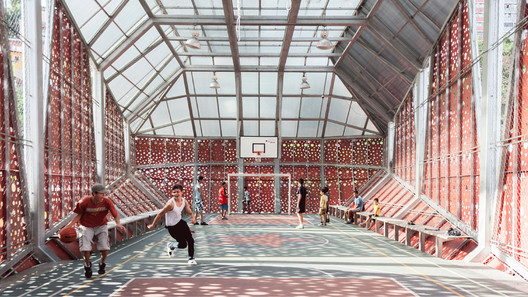