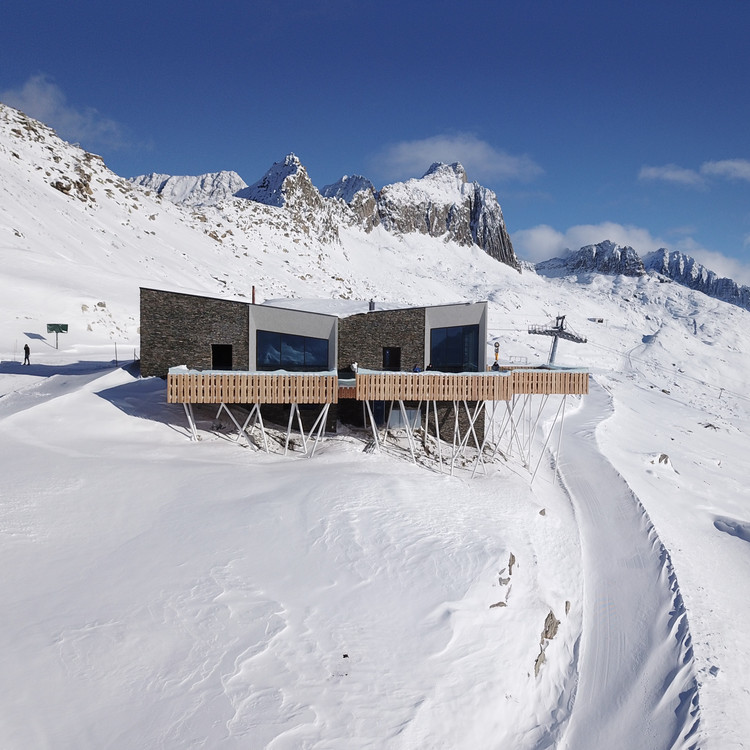 Text description provided by the architects. The high-end restaurants on the Gütsch at 2,362 m a.s.l. above Andermatt boasts alpine architecture with large glazed panel walls, breath-taking views of the Gotthard mountain panorama, and open fireplaces. The two restaurants are as exquisite as the location. The Japanese by The Chedi Andermatt has 44 seats indoors and 45 on the terrace. The gourmet restaurant Gütsch by Markus Neff has 66 seats indoors and another 145 on two additional terraces. Andermatt is a mountain village and municipality in the canton of Uri in Switzerland. It is located at the centre of the Saint-Gotthard Massif and the historical centre cross of north-south and east-west traverses of Switzerland. In the early 2000s, after a period of decline, Andermatt started growing again as a valid alternative to the famous ski resort destinations such as St Moritz and Gstaad. This new beginning brought in the area the need for new facilities to remark its role of new attraction pole in Swiss tourism.

Andermatt Swiss Alps development is transforming the traditional Swiss Alpine village of Andermatt into one of the world’s finest year-round destinations, boasting some of the best alpine and off-piste skiing facilities in Europe and fast becoming one of Switzerland’s largest resorts. Andermatt Concert Hall, designed by Studio Seilern Architects, was a major part of this new development that was opened by the Berlin Philharmonics inaugural concert in June 2019.

Gütsch Restaurant, as the second project of the SSA in the region, is built to serve the skiers and the guests of the hotels in Andermatt Valley throughout the year with its breath-taking view. Due to the extreme weather conditions in winter, there is only a short timeframe in summer that allows for construction. This is in part due to the closure of the road in winter which provides site access for delivery trucks. For this reason, the building is designed to be constructed in two Summer Seasons. In Summer 2018 the basement concrete structure was poured allowing for a speedier construction of the prefabricated timber walls and beams above ground in 2019.

The exterior façade is clad in stone, resembling the vernacular architecture of the area, with exposed timber beams and timber-paneled walls on the interior. A feature stone fireplace and sushi bar in the Japanese restaurant further tie the project back to the surrounding environment. The logistics of designing a restaurant in such an isolated location have also had an impact on the design. Therefore, the need for large storage areas for non-perishable goods were designed due to the inaccessibility of the site for the delivery of goods during winter. In winter, only fresh goods will be delivered via cable car and then transported via ski-mobile to the restaurant. 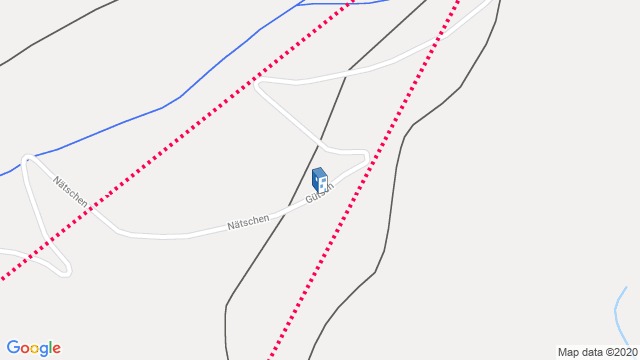 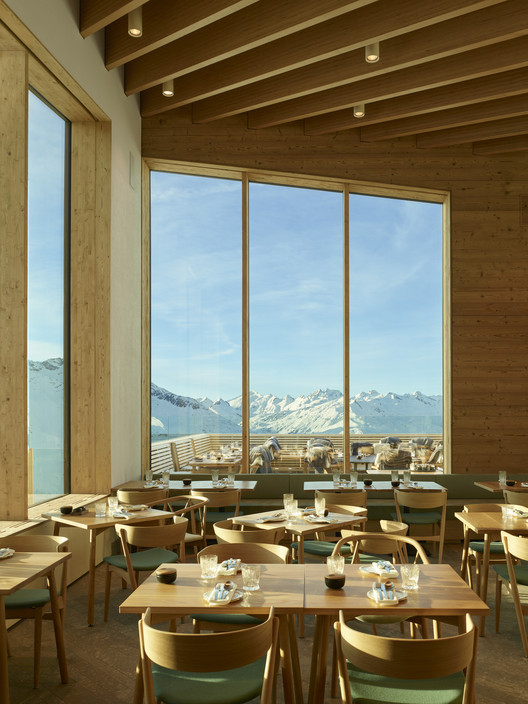