Save
The Glennon Residence / Reitsma and Associates 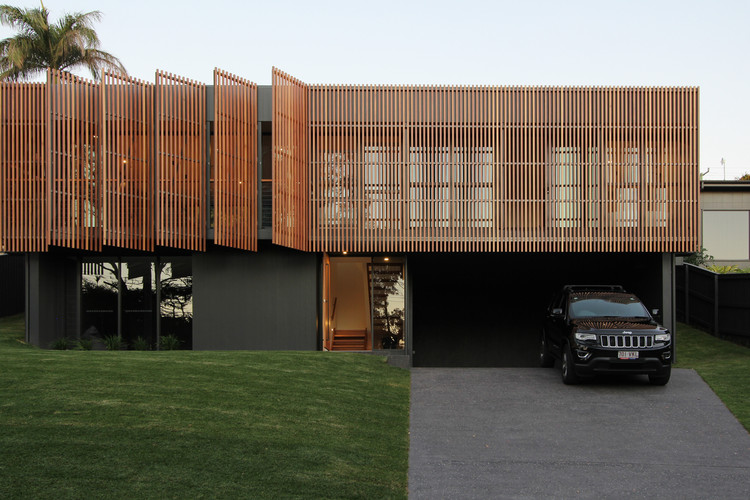 Text description provided by the architects. Glennon residence is a contemporary floating timber box with a twist, located in Noosa Heads, Queensland. This project showcases the beauty of what a modest budget can achieve in home design for a father, young adult son, and teenage son that differs from your typical home. The plan was developed on the need for separate zones for the trio, as well as incorporate a space downstairs in which guests could stay and feel they had their own space to escape. The budget was tight, hence, as seen, a box on box approach was adopted.

The visual impact to the street conveyed by the impressive screen produces a sense of mystery to what is beyond, additionally omitting a play on light and shadow onto the driveway and its surrounding landscape. The use of the operable screen as the street/ western façade completes important functions of depleting the western sun in the afternoon and opening to invite the bush and breezes in during the day. Natural vertical timber was used for the feature screen to mimic the vast collection of gum trees along the street. This was the highlighted material of the home with the dark rendered block and Hardie’s Scyon Axon used to visually defocus the home and intensify the hero timber screen. Situated on a steep sandy site, the home anchors itself into the hill with the lower level fully buried to the rear. This creates a natural transition from the upper floor to a level back yard while naturally cooling the lower level.

“An incredible experience working with Trevor, Isaac, and all the team at Reitsma and Associates From our first meeting we felt that our ideas were being listened to and respected. Collaboration is the keyword that underpinned the entire design phase. Each meeting we were incredibly impressed by the thought, uniqueness, and intricacy of the concepts and designs. The communication between the Reitsma team and our builder gave us the confidence to work outside the box. Colouring outside the lines and creating a bit of ‘drama’ became the new benchmark to work with. We believe the end result is nothing short of outstanding. Thank you to all the team at Reitsma and Associates” The Glennon family 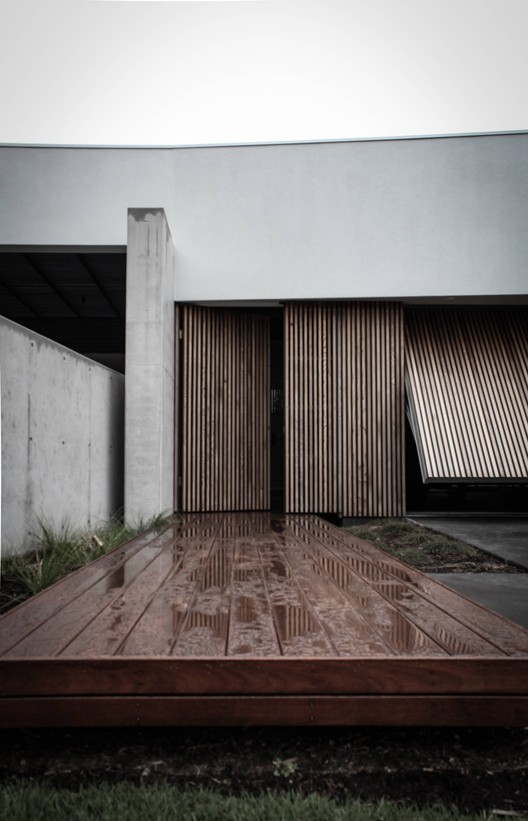