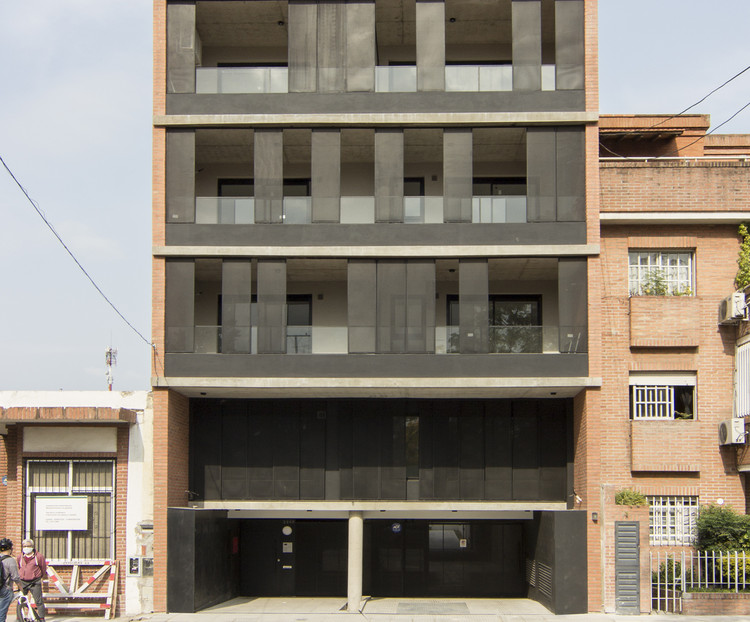 Text description provided by the architects. The building is located in Villa Pueyrredón, neighborhood in the Autonomous City of Buenos Aires, on a plot of 8.66m in front and 50m deep. It consists of 24 divisible mono-room units and two patios that seek to integrate and enhance themselves with the spaces freed from neighboring buildings. The project faced the challenge of deepening the densification of the city in the context of a neighborhood of low houses and a tennis club in front.

A building was projected that, from the study of the materials and the path of the sun, is consolidated on the municipal line, without balconies and with a metallic envelope system of sliding parasols that generates variable degrees of opacity and regulates the exchanges between interior and exterior, allowing it to be modified according to the lighting conditions, shadows and the activities of its occupants. The ground floor is released to generate access, common spaces and parking, while seeking to continue with the public space with the transparency of the access gate and the material continuity of the pavement of the sidewalk, thus reinforcing the idea to prolong the public over the private. The inward staggering from the municipal line to the access gate seeks to create a contrast between the height of the exterior and its interior, of a sizeable for pedestrians.

The standard plan is organized into three longitudinal strips determined by the structure, grouping the humid cores in the middle strip to be able to free the lateral ones and give flexibility in the assembly and use of space as well as making cross ventilation possible. The reinforced concrete structure is visible on the outside next to the brick, both noble and low-maintenance materials. 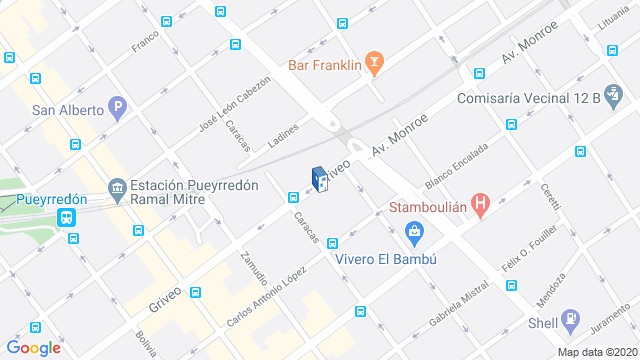 Location to be used only as a reference. It could indicate city/country but not exact address.
Share
Or
Copy
About this office
Estudio NDG
Office
•••