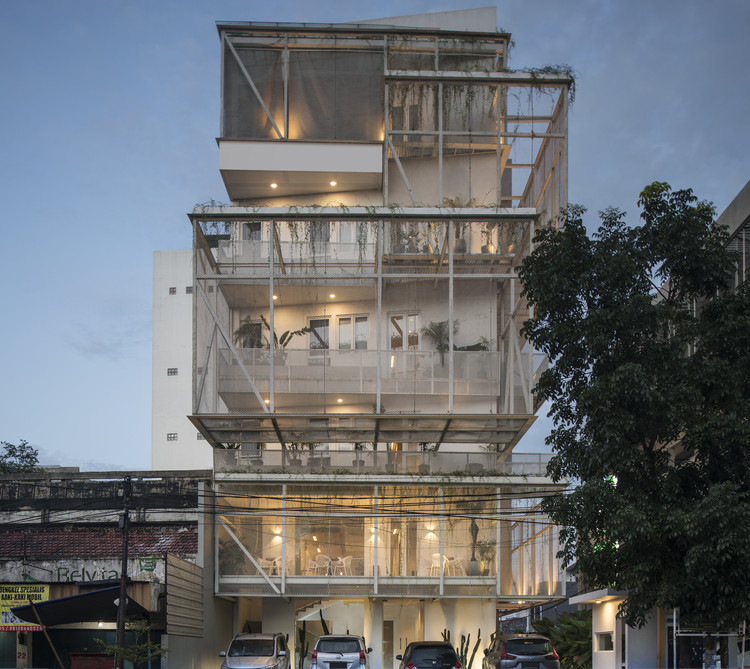 Text description provided by the architects. The project is a rework of an on-going hotel construction from the previous design that actually has already in topping-off position. Basically the client wanted to recompose the almost finish facade to seamlessly connect all the seemingly undesired result, such as the very obvious four balconies exposed from the main road, and to tackle groups of air-con machine stick to the perimeter wall exposed from the side road.

In a condition where new architect came secondly after the previous one and after some extend of budget expenses, meaning some extra cost would arise so that we have to measure the problem and solve it as much as we can with one or two formula only. One envelope to wrap all the problems together which also manifests to the aesthetic.

Painted white, expanded metal considerably used to give an effect of not only striking to the surrounding, but also as a canvas for the future vertical greenery intended to be part of the facade design. This screen also gives enclosure to the existing balcony that forms an attachment of private outdoor space on every floor. Gradually it should look greener and only left the so called white fence from the inside. A growing greenery facade. 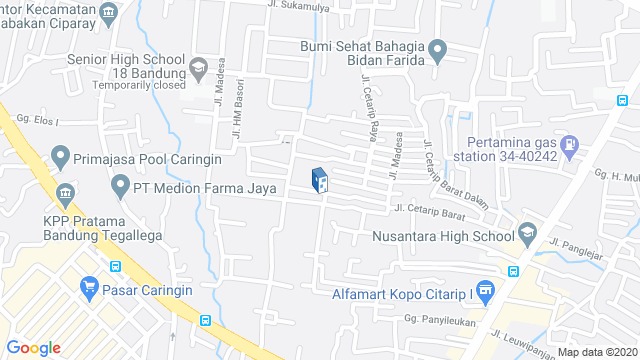 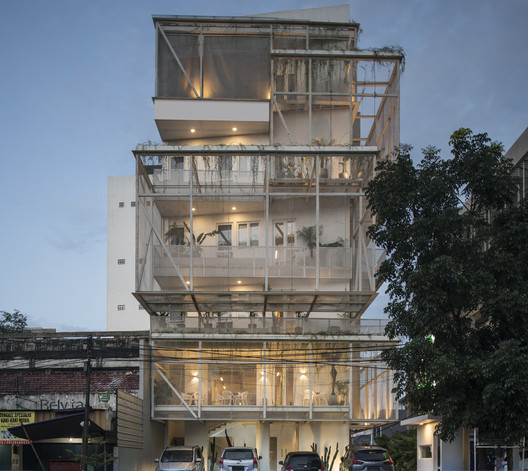