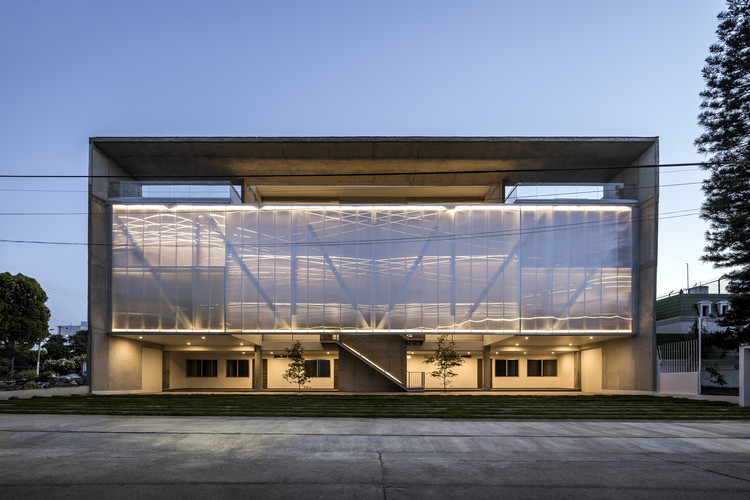 Text description provided by the architects. Located within the periphery of Guadalajara, a rapidly growing city where downtown lots are increasingly valued, the project starts with the premise of re-densification.

The lot, that formerly had two houses that were demolished, gets a higher density by proposing a four-story apartment building, following a contemporary family model.

In response to the problem, the project breaks the typology of the area with a contemporary language but aims to respect a scale that is characterized by low-density housing. This is why the elongated proportion of the lot is used to generate a project with a conception more in line with its context and achieving a connection between scales.

Elements that emphasize the conceptualization were used, such as the horizontal screen on the facade, which generates an air chamber that mitigates noise, while giving the section that faces the street a visual amplitude. This large screen made of semi-translucent material allows light to pass through while maintaining the privacy of the housing units.

The project ends up having a concrete frame that, in addition to making the materiality evident, emphasizes the horizontality of the project and helps to generate semi-covered living spaces on the top floor of the building. 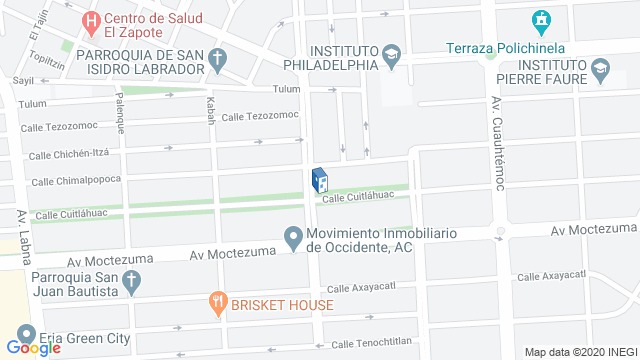 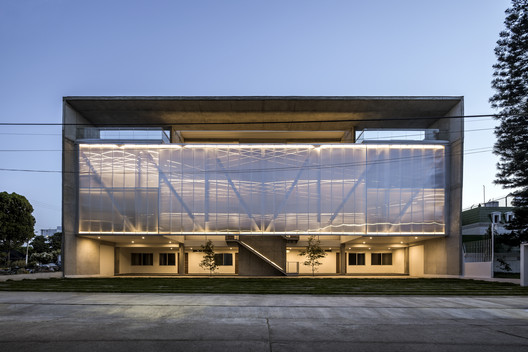