Save
Design in Armenia: New Architecture Building on History
Share
Or
Copy

The architecture of Armenia responds to both past traditions and the country's earthquake-prone geography. Known for medieval churches, Armenia has also become home to modern projects that reinterpret familiar construction methods and organizational principles. Acknowledging a reputation for sturdy concrete and stone structures, the country's contemporary architects are experimenting with different materials to create lighter and more open structures. 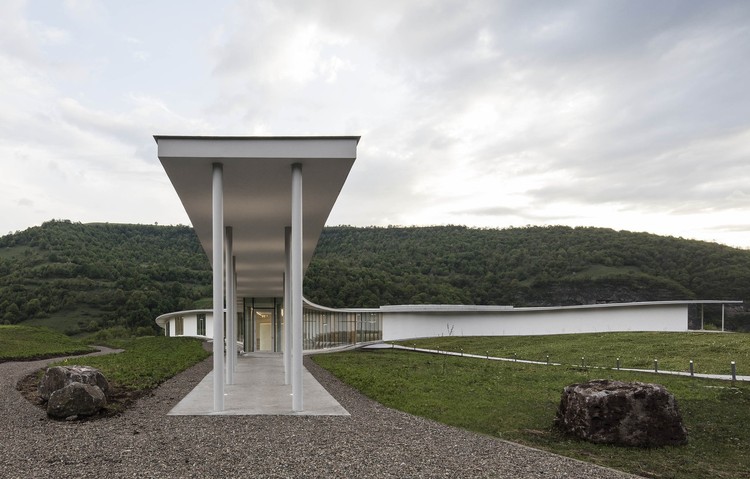 Historic buildings in Armenia feature thick walls and low-slung profiles, usually made of a readily available material like stone. From ancient geometric groundwork to massive rock walls, the country's built environment dates back millennia. This history was continuously influenced by regional cultures and religions, and more recently, by large building projects. Beyond the country's borders, the Armenian diaspora led to sacred architecture and churches to be constructed around the world. The following projects look back into the country itself to examine the new buildings and architecture built over the last ten years.

The building of “Dilijan Central School” is located in the city of Dilijan. In recent years the education sphere in Dilijan is under development, which is evidenced by the creation of Dilijan International School and Scientific Research Center of Central Bank of Armenia. Dilijan Central School is intended for the children of employees of these two institutions, which serves as an elementary and middle school.

One of the main goals of the UWC College Dilijan project was to create an Armenian international school that is a lot more than a typical school by integrating the complex of modern buildings into the natural historical environment. The famous Armenian tufa and local stone were used as the main building materials, while eco-friendly “green” walls and roofs were used for school’s main building.

The office of Armenian software development company BigBek is located in Yerevan’s Soviet era automotive manufacturing plant called ErAZ, which is now transforming into office spaces for Armenia’s intensively growing IT community. The main goal of this project was to create an open workspace for up to 30 employees with a strict functional division in only 177 square meters.

The old building of the American University of Armenia (AUA) in Yerevan was built in 1979 by two of the most prominent Armenian architects of the time, Mark Grigoryan and Henrik Arakelyan. The building has a symmetric triangular shape with a light colored facade, a conceptual approach to balance its formal mass. Through this renovation project, an interior was created, where the old and the modern meet to create a reciprocal harmony.

The C building was designed for the current elementary school, and in the future, will be utilized for Ayb Middle School. The building is situated in front of the A and B buildings with a capacity to accommodate 240 students. Just as in the first two buildings, the C building’s architectural philosophy lies in creating an open and collaborative educational environment that is multi-functional.

T.S. apartment is located in the neighborhood of Yerevan - Cascade, in a neoclassical building. A small balcony of the bedroom is the only point that overlooks the Cascade, where during the warm days, a lot of open air concerts are held. The client wanted a bedroom that could easily transform so he could host friends to enjoy the concerts.

Targeting rural regions, the Smart Centers are made to respect the integrity of rural aesthetics in sync with contemporary architectural design, maintaining the authenticity of the region, while encouraging progressive ideology. Each campus is made to utilize sustainable and green design, off the grid components and renewable energy. They have classrooms, health posts, studios, computer lounges, meeting points, an auditorium for performances and presentations, libraries, restaurants and various spaces for diverse indoor and outdoor activities. 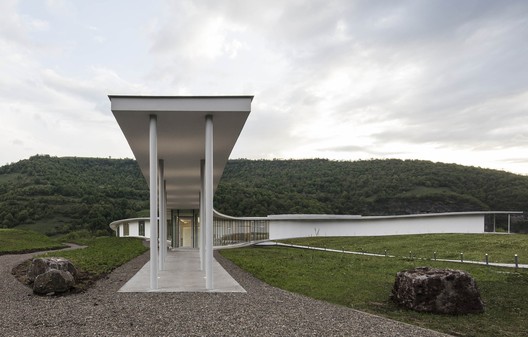