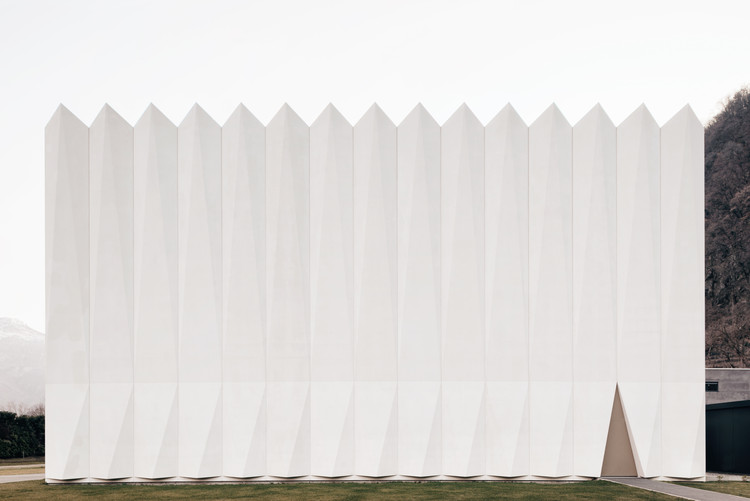 Text description provided by the architects. In the search for the intrinsic beauty of the architectural object, connubial of pure and functional, the containing silence, the ephemeral that comes to life, the pain and calm that embrace this building in one, highlight the contrast with an architecture monumental whose massive character, heaviness, austerity, balance, and functional coherence are the masters. The joint and certainty that guides the whirlwind of ideas that enveloped this project was its functional coherence, which is accompanied by the complicit and creative light of a new balance.

The object rests on the ground, aspiring to the sky, in a combination of a heavy load-bearing internal skeleton wrapped externally by a candid origami of slabs with light and suspended appearance. This diaphanous and clean skin, chiseled in a linear and rhythmic way by triangulations and pure geometric shapes, comes to life and interrogates the observer through the light, which creeps into the slits and creates shadows that change over time.

The building thus becomes a sundial of a time that is not real and tangible, but that refers to the times of man and life, of the experiences that follow one another in a day and that are reborn at sunrise.

The monumentality and austerity of this architectural typology are also reflected in the distribution of the internal environments, vertical distribution through a stairwell and lift, and in the articulation of these environments that respect the natural turn of the deceased's body's preparation practice.

The attention of the designer shifts and focuses on the discretion and complete dissimulation of the interventions and mechanisms that exist hidden from the visitor's sight.

Thus, two distinct design lines are configured that parallel public atmosphere, of recollection and ceremony, with technical spaces linked to the profession.

The visitor's welcome consists of a reception whose candid color is a direct reflection of the envelope, and whose choice of materials is dictated by the desire to create a tension-free passage from outside to inside. The main rooms that interest the visitor and on which the designers' gaze has lingered for a long time are made up of three small rooms on the second floor which overlook the main hall on the ground floor. The three rooms are suitable to welcome the deceased in an immediate, intimate, and collected way. The light that permeates the envelope outside permeates the glass surface of the skylights and delicately blends with the internal atmosphere. This same zenithal light is found in the main farewell room, whose peculiarity lies in the wide breadth allowed by the opening on a double-height. 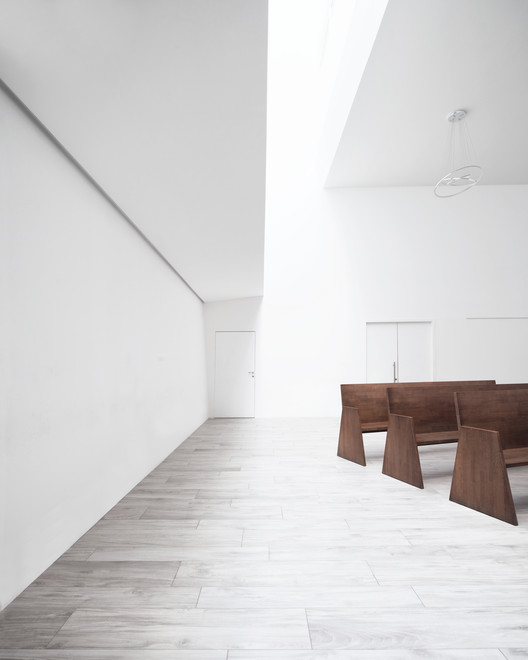 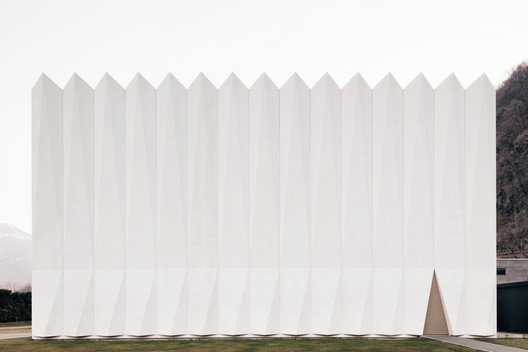