Save
“I See My Work as Autobiographical”: In Conversation with Li Hua of TAO
Share
Or
Copy

Architect Li Hua was born in 1972 in China. He studied architecture at China’s leading school, Tsinghua University, from which he received his bachelor’s (1994) and master’s (1997) degrees. He continued his studies at Yale University, graduating with his second Master of Architecture in 1999. Hua then stayed in the US, practicing in New York at Herbert Beckhard Frank Richlan & Associates. The firm’s founders used to be partners at Marcel Breuer office before starting their own practice in the early 1980s. This experience introduced Hua to dealing with masonry and precast concrete, while working on cultural and educational projects in the New York area. Returning to Beijing in 2003, Hua established Universal Architecture Studio (UAS) with his former classmate at Tsinghua. Parallel to that, he started his teaching career – first at the Central Academy of Fine Arts, CAFA and then at his Alma Mater. In 2009, Hua left the partnership and established his own practice, Trace Architecture Office, TAO. His studio currently numbers about twenty architects. TAO’s most prominent built projects include Huandao Middle School in Hainan province (2018), Xinzhai Coffee Manor in Yunnan (2018), Wuyishan Bamboo Raft Factory in Fujian (2013), and Museum of Handcraft Paper in Yunnan (2010). The architect won many prestigious honors and was shortlisted for the 2013 Aga Kahn Award. The following interview was conducted at the architect’s office in Caochangdi Village, a thriving arts and culture hub on the outskirts of Beijing. 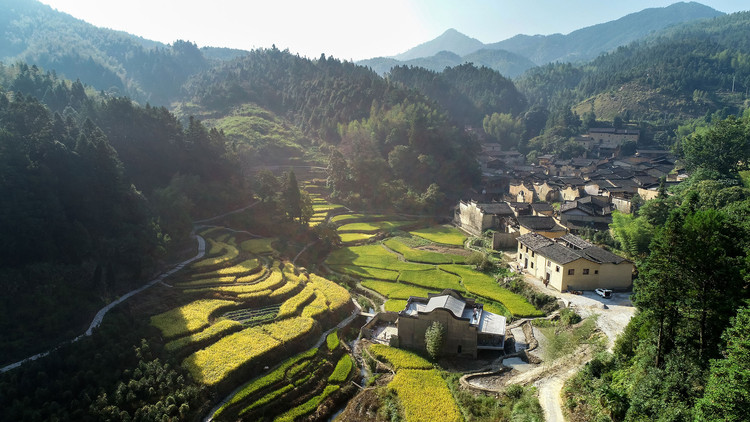 Vladimir Belogolovsky: What would you say are the main intentions of your architecture?

Li Hua: Architecture to me is about solving real problems, while creating poetry. The title of my first monograph, is Origin and Gravity. Origin is about the essence, fundamentals, and the starting point. In other words, every project starts with a question – what is it about? Gravity is about how to work with reality and specific conditions. Every project has a unique situation. That’s what I want to address most. I don’t start my designs with preconceptions. It is all about questioning and testing. Every project requires this investigative process, like fermentation, so to speak.

VB: It says on your website that you are critical at contemporary architecture as an obsession to produce fashionable forms. It says that you “Envision architecture as an evolving organism, being an inseparable whole with its environment, rather than just a formal object.” Could you elaborate on this view?

LH: I see architecture as part of an overall environment, rather than isolated objects. Architecture is always about connecting with its site, surroundings, and people. Each project is site-specific and therefore, unique.

VB: You said, “Architecture should solve concrete problems of location, scale, material, relation with people.” This is all very clear, but how do you bring subjectivity into your work? Do you at all try to make architecture your own?

VB: The current architectural production in China, coming from the offices of leading independent architects, appears to have strong similarities, as far as focusing on projects located in the countryside, similar building types, typically done on a small scale, predominantly out of traditional materials, trying to reconcile architecture with nature, and insistence on preserving ruins, just to list a few key points. Do you agree with this observation?

LH: Not really. From the social and cultural perspective, there is certainly some common ground amongst these architects. But how to make architecture, is still up to each architect’s own vision and approach.

VB: You have no intention of developing your own perspective, your own answer for how to move on from this point in time, right?

LH: That’s not true. I think I am developing my own perspective and answers in my practice all the time. But I don’t pose these kinds of questions consciously.

VB: This explanation seems reasonable except that this would be very unusual in other countries. For example, Russia went through a somewhat similar history and opened up to the world around the same time as China. Yet, architecture there is wildly different from one architect to another. There is a range of ideas – from following historical examples, neo-modernist and neo-constructivist models to versions of Post-Modernist tendencies, deconstructivist and parametric projects. There is no consensus about Russia’s regional or national architecture. And just like in China design institutes used to dominate there during the Soviet times. There was just one kind of architecture, one prevailing view. But once the system broke a whole range of ideas came through. Here leading independent architects have no disagreement; you are moving in one direction. I am not saying this is good or bad, I am simply bringing attention to this phenomenon.

LH: Honestly, I did not see it that way. I think independent architects in China today are also very different. There are no prevailing values, probably corresponded with chaos in China’s development. The way I see my work is autobiographical. I try to find my own path, to establish my own history.

VB: This is actually exacerbated by the fact that so many architects around the world are now giving up on the idea of claiming any kind of personal authorship and so many architects prefer to work as a group, collaboratively. Still, there is a tendency in the West for architects to see something published and reject it, thinking – let me tweak it, let me find my own way. But here the tendency is to incorporate various tricks. Architects here seem to be fine with sharing ideas. There is no competition for authorship. Once a particular solution is introduced it is up for grabs for everyone.

LH: I think you are exaggerating this too much. Actually, I don’t see that much difference between here and the West. Some architects claim that their work is not referential and entirely inventive, but the reality is that no one can create in a vacuum and everyone is influenced either by history or by what other contemporaries are doing, at least to a certain degree. I don’t think that here architects don’t care about authorship, but it seems true that it’s more difficult to be original today everywhere. Nevertheless, I don’t think architects can always invent. You can’t come up with an invention in every single project.

VB: Here in China, are there architects who you would consider your model figures? Who are your authorities? What kind of practice are you trying to build?

LH: I don’t have authorities. But talking about model figures, I would want to mention Yung Ho Chang, who first started independent practice in China in 1993, and then influenced younger generations. He served a strong example showing that it is important to create alternative models and reflect on how architecture could be practiced independently.

VB: What do you think are the most pressing issues for Chinese architects today?

LH: Clearly, to ask more questions. I am listening to your questions and I wonder – do I know how to answer them? But I want to address these issues. Over the last two decades, China has gone through so much development. For sure there is not enough debate and how to balance between modernization and preserving traditions. Architects should challenge the mainstream and even their own past. We do need this critical thinking and questioning. It is healthy to avoid ever becoming too satisfied with your own achievement or success. I think it is important for young architects to think about what else can be achieved, rather than just follow a path that’s already accepted.

VB: That’s exactly right and my feeling is that a certain level of idealism and success, already has been achieved. If you look at the production of the Chinese leading studios, you will see a certain balance between modernization and preservation, there is a social purpose, beauty, I would even say – seductive beauty. Are we satisfied? Many critics are celebrating and even suggesting that this kind of regional architecture could be adapted worldwide. So many projects aimed at being looked like a beautiful painting or picture – there is nothing to add, nothing to take away, perfect harmony has been achieved, or so it seems. How would you progress from here? What new questions would you raise?

LH: Perhaps at this stage, it is the right time to ask all these questions. I believe certain qualities were achieved and they should be carried on. For me, the new question is always this – Then what? What is next? What are our limits? What else could we do to set ourselves free in architecture? By asking questions, we are transforming into the future.

I think the idea of a good project is not about celebrating something but to generate a debate. In that sense we will never be satisfied because there will always be new questions and new alternatives. 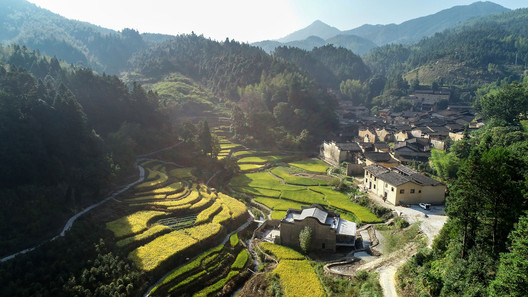