UNStudio has just completed the remodeling works of the Hanwha headquarters building in Seoul, while the building remained fully occupied. The refurbishment operations have created a modern establishment that meets the current sustainability requirements. 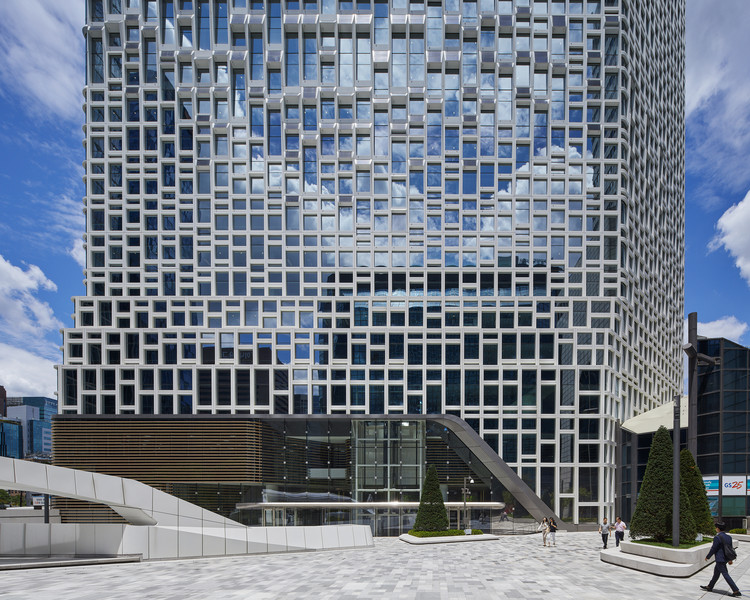 Hanwha, the world's market leader in solar panels, had decided for environmental considerations to remodel his existing building, located on the Cheonggyecheon in Seoul, rather than demolishing the structure and building a brand new edifice. Designed by UNStudio in collaboration with Arup (sustainability and facade consultant), Loos van Vliet (landscape designer) and agLicht (lighting consultant), the project resulted in the creation of “healthy indoor climate, an extremely flexible program and a completely new, energy-generating facade with integrated solar panels”.

The 57,696 m2 headquarter remained completely functional throughout the renovation operations of the facade, the interior of the common spaces, lobbies, meeting levels, auditorium and executive areas, and the landscaping. In fact, “by way of an efficient construction method, UNStudio and Hanwha were also able to ensure that the employees could continue to work in the building throughout the renovation”. Three floors were refurbished at a time, in both the interior and on the facade.

Expressing the identity and ambitions of the Hanwha Group, the building’s design was “guided by the surroundings, influenced by nature and driven by the environment”, putting in place a responsive facade concept that improves indoor space and reacts to the program and the location. Actually, “varying the placement of the facade panels a variety of program-related openings are created”. Moreover, the north facade opens to enable daylighting, while the south façade is more opaque, because of the sun’s impact on the heat load of the building.

By means of a reductive, integrated gesture, the facade design for the Hanwha HQ implements fully inclusive systems which significantly impact the interior climate of the building, improve user comfort and ensure high levels of sustainability and affordability. Through fully integrated design strategies today’s facades can provide responsive and performative envelopes that both contextually and conceptually react to their local surroundings, whilst simultaneously determining interior conditions. -- Ben van Berkel 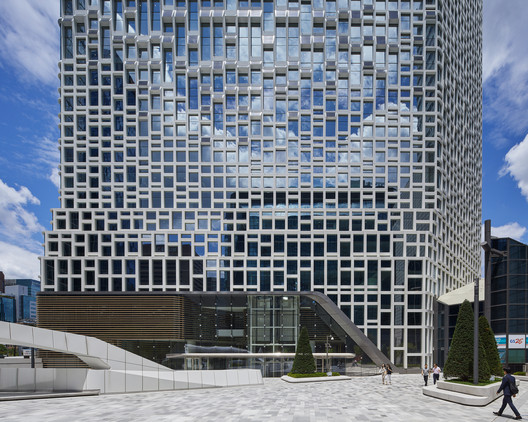