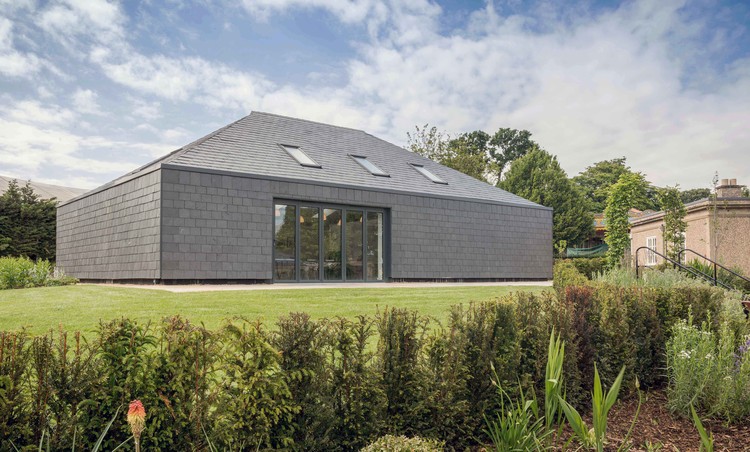 Text description provided by the architects. The new Learning Space complements the existing pioneering concrete cottages, designed and built by Charles Wicksteed in the early 1920s as prototypes for what was intended as mass-produced prefabricated houses. The Brief called for a large flexible multi-use space, with the ability to cater to a wide range of learning scenarios and a gallery space, enabling artwork to be displayed. A light and airy environment was a pre-requisite, with a stated ambition that the building should be an inspirational learning space for both young and old.

Storage and ancillary accommodation also formed a key part of the brief, including accessible WC, kitchenette and table/chair storage, as well as storage and racking for specific learning resources. The site for the proposed Learning Space was the site of the demolished garage building, within the historic heart of Wicksteed Park. The site lies within the historic ‘octagon’ defined by clipped hedgerows, alongside the pair of early concrete cottages with hipped slate roofs and adjacent to a third concrete cottage, albeit the latter has a flat roof. It was vital that the proposed building was able to reference these historic concrete cottages and sit comfortably in the historic heart, whilst also providing a flexible modern environment for learning.

The project involved a period of significant research and development, with reference made to the Park’s extensive archive which proved to be a mine of information, with its historic photographs, social records, and historical documentation. A deep understanding of the Park’s evolution was crucial to ensuring an informed design solution could be developed. During the course of the design development phase, the initial intention was to create a new pre-cast concrete building for the 21st century, to stand alongside the early concrete cottages built almost 100 years earlier.

A number of possible design solutions were explored, and detailed discussions were held with a number of pre-cast concrete specialists, but any prospect of achieving a concrete building within a fairly constrained budget proved impossible. Having exhausted all possibilities for a concrete building, alternative methods of construction were considered – these included steel and timber frame construction. However, the fairly modest scale of the building meant that frame construction was not cost-effective either. In the end, cavity wall construction was adopted, combined with cost-effective timber ‘scissor’ trusses which enabled the ceiling to be raised/vaulted, whilst comfortably providing a clear, structure-free space, with a clear span of circa 9m.

Externally, the building was covered in natural slate – this provided a reference to the pair of concrete cottages, with their hipped roofs in natural slate. With the exception of an entrance door and strategically placed large opening with bi-folding doors that links indoor and outdoor learning spaces, natural light enters the building through a number of roof lights. These provide high levels of daylight and, combined with the visually striking acoustic perforated ceiling, serve to create a spacious, visually interesting interior. The scheme was shortlisted for AJ awards 2019: Project under the £250K category. Text: Chris Twomey 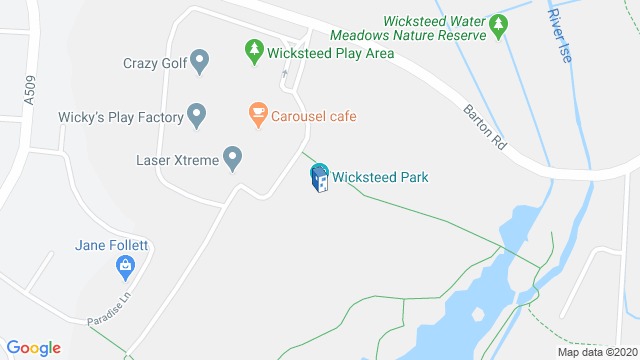 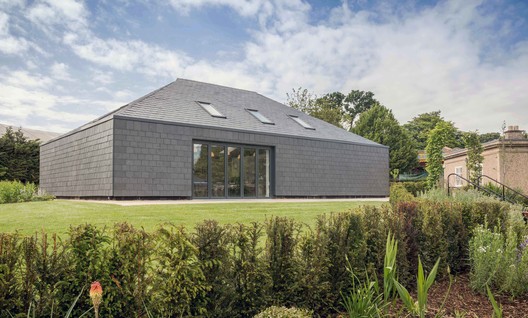