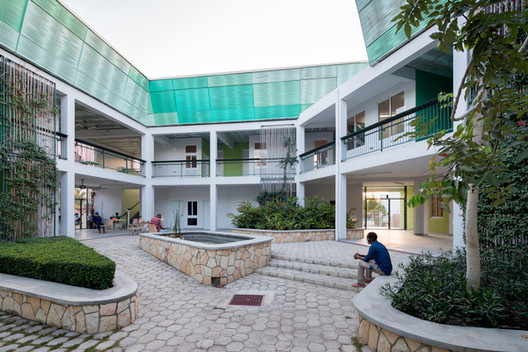 Text description provided by the architects. Haiti has the highest incidence of tuberculosis in the Western Hemisphere. Tuberculosis is a highly contagious disease that requires treatment of up to twenty-four months. In the first two to six months of treatment, patients need to be hospitalized in isolation to prevent the spread of the disease. This extended seclusion, paired with severe side effects from treatment medication, can have significant impacts on patients’ mental health. After the 2010 earthquake in Haiti, the risk of Tuberculosis transmission increased because large numbers of people were forced into living in crowded temporary housing camps. By some estimates, tuberculosis became three times more likely as compared to pre-2010 levels. And because much of the country’s healthcare infrastructure was badly damaged, many patients either lost access to treatment, or were cared for in tents.

Despite these odds, Les Centres GHESKIO, a Haitian healthcare research, treatment, and training organization , had incredible success supporting patients with multidrug-resistant tuberculosis (MDR-TB). Of their first 110 patients after the earthquake, 86 percent were cured or still receiving treatment—a number comparable to the most effective treatment programs around the world. Dr. Jean William Pape, executive director and co-founder of GHESKIO, asked MASS to support the organization to design and build a new tuberculosis ward, replacing their previous facility after it had been destroyed in the earthquake.

The design of the new tuberculosis hospital focused on minimizing the risk of transmission, while creating a more comfortable and supportive space to receive care. The hospital’s central feature is its interior courtyard and adjoining community spaces, where patients spend much of their stay. Flower and tree beds bring color, shade, and seating to the space. Bamboo screens covered in bougainvillea vines create visual privacy for the outdoor consultation spaces adjacent to patient rooms, allowing for conversations between patients and medical staff in the open air where transmission risk is lower.

Strategies of passive ventilation and infection control help reduce in-hospital transmission of TB in this high-risk population, while lessening energy costs for the facility. The hospital controls airborne infection through permeable soffits and metal louvres that pull fresh air throughout the units. All corridors and consultation areas are outside to promote open-air circulation and reduce the risk of patient-staff contagion. Cleaning staff can access the restrooms using a separate door from the outside to avoid entering the patient’s room and risking infection. The hospital accommodates 32 patient isolation suites, exam and x-ray rooms, offices, nurse stations, and two pharmacies, setting a new standard for TB care in Haiti. 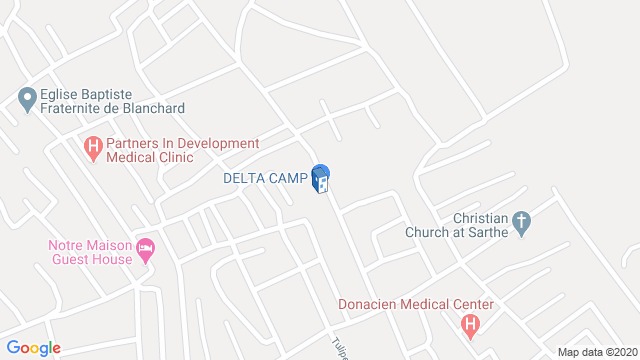 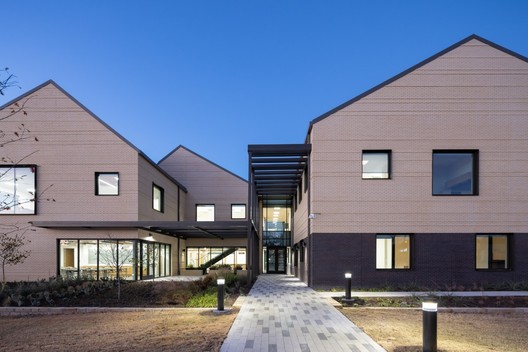