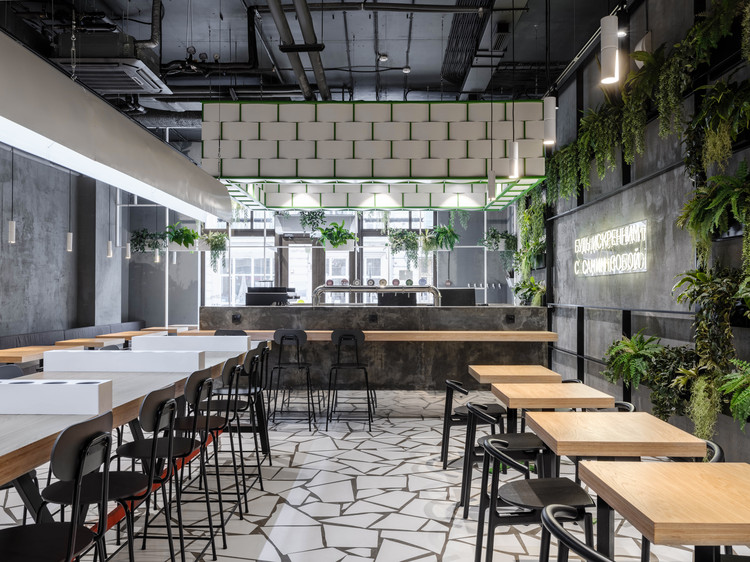 Text description provided by the architects. PITA'S, a network of street food bars, has existed in St. Petersburg for five years. In Moscow, the first PITA'S opened in early 2019. Of course, the basic concept of the institution, which is unusual Scandinavian variants of classic street food, has remained. The main emphasis in the development of the design was on simplicity and compactness, the use of a minimum amount of materials and the creation of outdoor atmosphere indoors.

The main elements in the interior are a bar counter welcoming guests at the entrance, with a metal basket-like structure hovering over it, and an amphitheater with small tiered tables, which is located in the far part of the hall. The bar and amphitheater structures are not adjacent to the walls, which creates a sense of separate volumes in the interior space.

The project uses a variety of arrangements and sitting scenarios: everyone can find a comfortable place to suit their taste. A tall table for a large company is placed in the center of the hall, and along the walls, there are lower seats, and the design of the amphitheater completes the interior, combining both its functional and decorative components.

Light colors and plenty of greenery add a sense of freshness and airiness to the space. All the furniture was made according to our sketches based on PITA'S philosophy and concept. 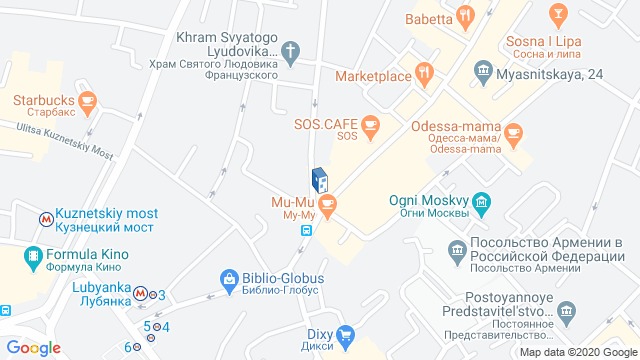 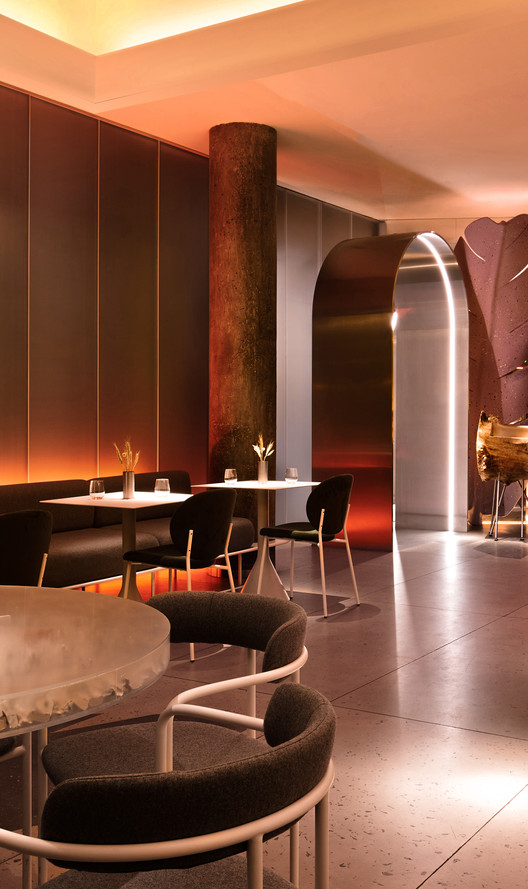