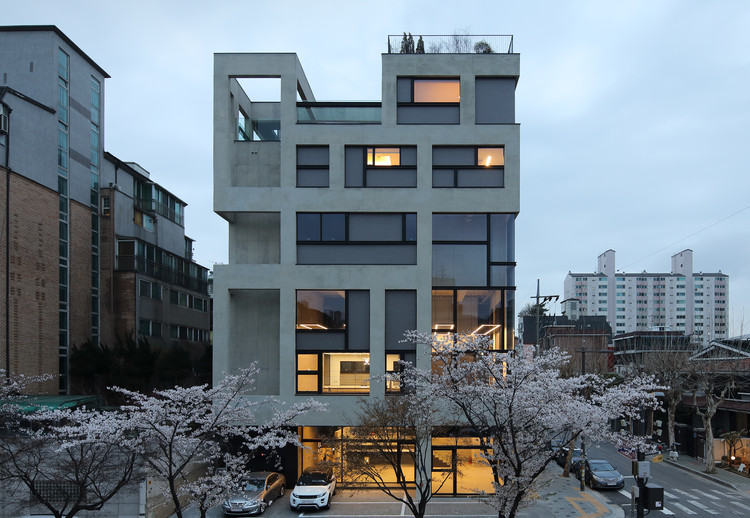 Text description provided by the architects. Naru is a space designed for a renowned South Korea singer. The building is divided into three major programs; the cultural space spreads from the basement floor to the third floor, the parking lot is suspended on the fourth floor, and the singer’s living quarter is situated on the fifth and sixth floor.

The cultural space that consists of exhibition spaces, café, and other cultural programs, is arranged in a skip-floor layout which as a whole presents a continuous unity of various spaces. Cultural activities regarding performances, exhibitions, sales and rest are planned to amalgamate with each other.

Although the elevation presents a variation of hollow grids, yet there remains a sense of similarity with one and the other. These vast voids are musically segmented by aluminum sub-frames. Since the house is a space for a singer, the architect desired to deliver musical rhythms and melodies in its design. If the sub-frames produce the proportions of rhythm and harmony, the glass and tile in-fills of the frames capture the nuance of the gridded voids. Thus, some voids are brightly opened, and some are heavily sealed.

The living quarter features traditional Korean housing characteristics according the client’s request. Seoul’s urban ‘Hanok’ is characterized by designing the house around a centralized courtyard. The client’s fondness of water is contained in the central courtyard and on the roof garden.

Apparent in the cross-section of the building, Naru was planned as an attempt to contain various forms of lifestyles and musical space. Naru’s varying spaces of heights, delicate level changes, distinct areas, and as a whole these spatial characteristics are experienced like a beautiful song. 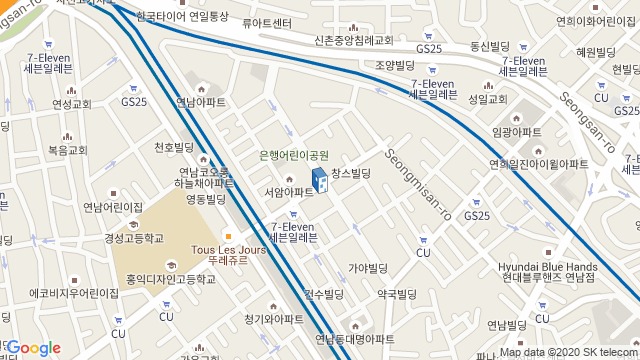 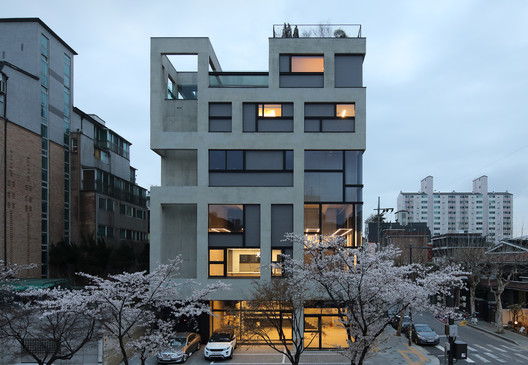