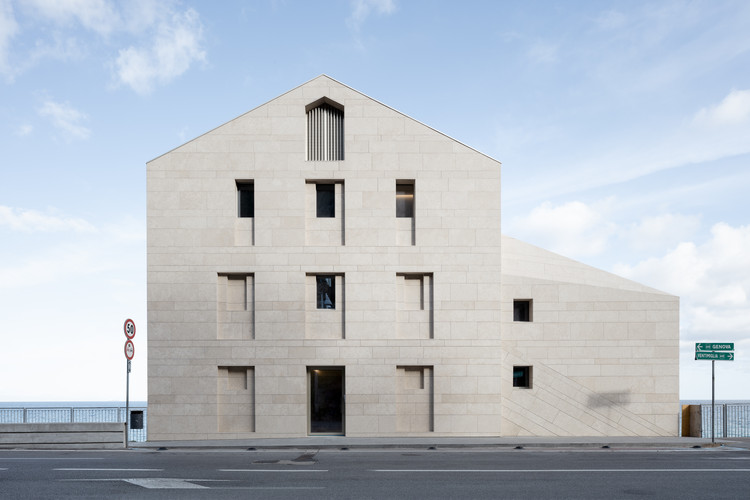 Text description provided by the architects. The project consists of the restoration of the building called "Il Faro" located between the Via Aurelia and the beach in the Municipality of Bergeggi in the Province of Savona. The object of the intervention consists of a main prismatic body and a secondary volume adhering to the south-east elevation, reduced to a state of ruin, already gutted internally and without roofs. The architectural solution adopted proposes the rigorous respect of the existing form and aims to maintain the sculptural dimension of the structure and the layout of the existing windows.

On the secondary volume, heavily modified over time, the project proposes light misalignments and a deep slit on the seaside is made on the connecting line between the main body and the smaller one, to create some loggias.
The entire structure is covered in every part visible in natural stone blocks of various sizes, including the covering layers, loggias, and some internal ambients.

The proposed architectural solution seeks a formal and chromatic relationship with the coastal landscape to configure a new, light, contemporary identity dimension.

The proposed architectural solution seeks a formal and chromatic relationship with the landscape to configure a new identity image consisting of a monolith generated directly from the sand and rocks on which it is supported. 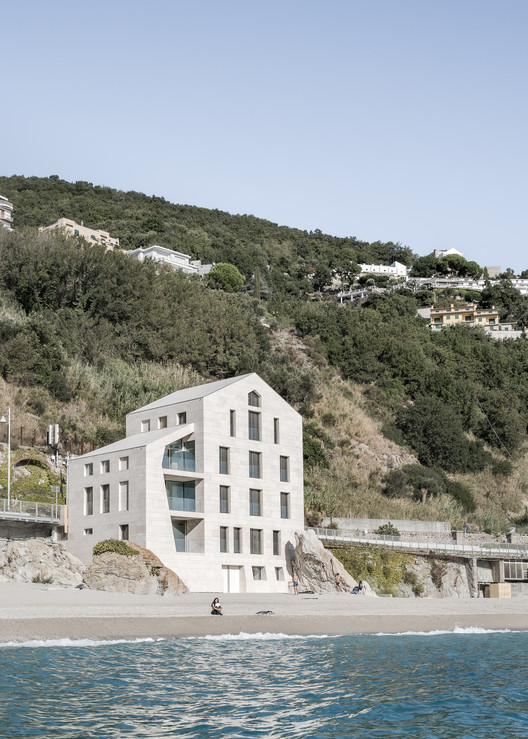 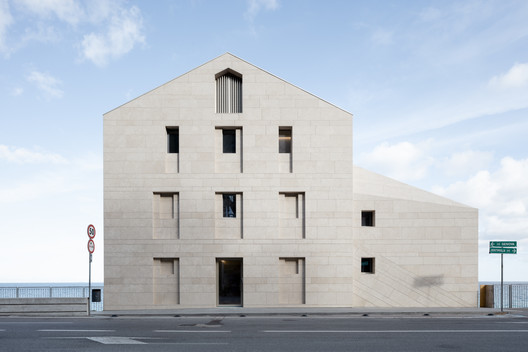