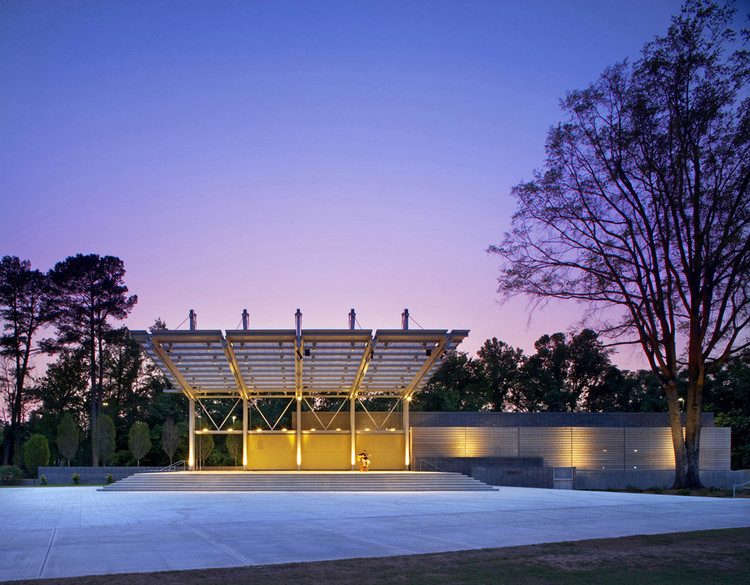 Text description provided by the architects. In spite of limited venues the performing arts are embraced by the citizens of Fayetteville, NC. A Performing Arts Needs Assessment conducted in 2004 indicated substantial community demand for an outdoor, multi-use performance space. The Performance Pavilion provides such a venue.

The pavilion is the major architectural element in the overall plan of Fayetteville's new Festival Park. The park itself is near downtown on a decontaminated brown field. The site had been used by a coal de-gasification operation in the 1930's. Clean up of the site was completed in 2004.

In addition to the impact of a building on a decontaminated site, other existing physical features greatly influenced the design process. The triangular site is bound by a major thoroughfare, an active rail line and a two-lane city street. The site contains numerous specimen trees warranting protection and is bisected by a creek that is subject to seasonal flooding.

The Performance Pavilion consists of two components: a covered elevated stage, and an enclosed rectangular volume housing back-of-house functions such as dressing rooms, toilets, electrical and sound equipment rooms, and loading / storage. It is intended that on a daily bases, the pavilion appear more like a park folly than an empty stage. To this end, the back of house building is slid to one side allowing open views through to the backdrop of existing trees. Opaque panels on overhead tracks can be retracted from behind the wood scrim wall to serve as a backdrop and crossover when performances are taking place.

The use of structural steel was critical to meeting the design objectives of this project. It was important that sightlines to the stage be uninterrupted, and that the architecture of the pavilion expresses a sense of excitement. The solution to these two objectives in the end became mutually dependent ie: one informing and directly impacting the other. The front of the stage is completely open to sightlines. This was achieved by suspending the butterfly formed stage canopy with a system of steel masts and high strength steel cables. The canopy itself was fabricated from tapered wide flanged sections and steel tube purlins. The canopy roof is extruded polycarbonate. Water is channeled off the roof by a welded steel gutter discharging into a stone filled tympluvium at stage right.

The stage canopy was engineered to resist uplift and high winds due to the threat of occasional hurricanes. Uplift is resisted by the counter weight of steel plates, 5 feet wide x 15 feet long x 3 inches thick, located at the front edge of the canopy.

Great attention was given to the detailing and fabrication of this project. Whenever possible, lighting and sound equipment conduit runs were coordinated and concealed within the structure; plates for making connections were water jet cut. Bolt heads and nuts are oriented in uniform directions. Welds are continuous. Painted finishes were carefully specified for longevity and appearance.

The result of this project is a venue which has been widely accepted by the community. Requests for it's use have exceeded the expectations noted in the earlier Needs Assessment. The project has also been noticed by the design community having received local and state level awards from the American Institute of Architects. 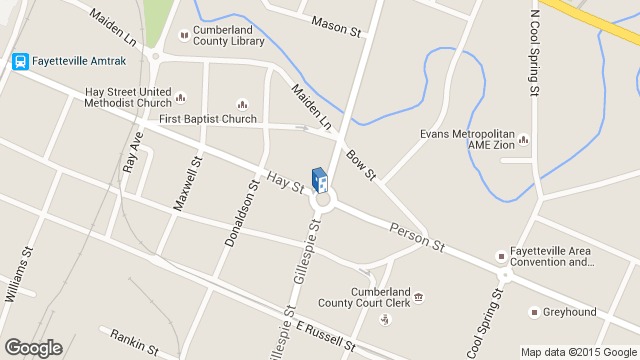