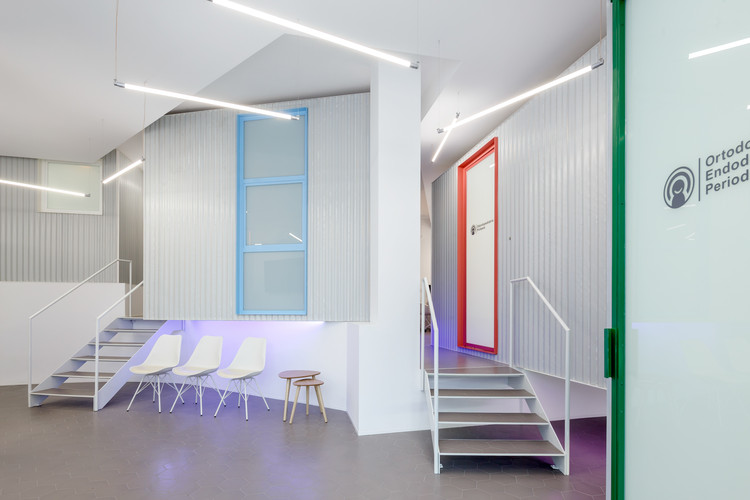 Text description provided by the architects. PCL dental clinic is located in Puçol, a town a few kilometers from Valencia, in a commercial basement of a brick residential block typical of the 1980s.

We found a space on four levels of very different heights, and a curved slab resulting from the effect of the descending ramp of the vehicles into the building's parking lot.

The main problem was focused on how to solve the program and integrate our proposal into the differences in level as well as in the peculiar geometry we found on site.

The clinic's program requires differentiating two areas, one more public linked to the street, and the other private, internal, for the clinic workers.

Our proposal is a series of autonomous, free-standing boxes that are scattered throughout the space, colonizing the different levels and collecting the defined programs required by the program: bathrooms, storage, and work boxes.
The rest: empty space.

The topological relationships between volumes and the tensions between themselves and the container space, give rise to a small-scale urban experience, through which clients and professionals become active participants and not only passive consumers.

Meanwhile, the waiting room, like a plaza, dominates the space. The system of boxes and the access areas to them generate a space that limits both worlds, it is the connection space between the different users of the clinic.

The closing is retracted from the facade line, generating a broken geometry gaining depth, and allowing a gradual transition between the street and clinic. The dimensions and the orientation to the south, allow the entry of natural light in all the depth of the space.

The perimeter is resolved in the most neutral way possible, painted in white, the floor plan is materialized, in the most public area, with a gray ceramic pavement and linoleum of the same color on the private levels. The boxes are lined on the outside with micro-perforated miniature sheet metal, and on the inside, a 10x10 ceramic identifies each one with its color. The bathroom and counter boxes, meanwhile, are materialized with mirror and polycarbonate panels, respectively dematerializing their limits. 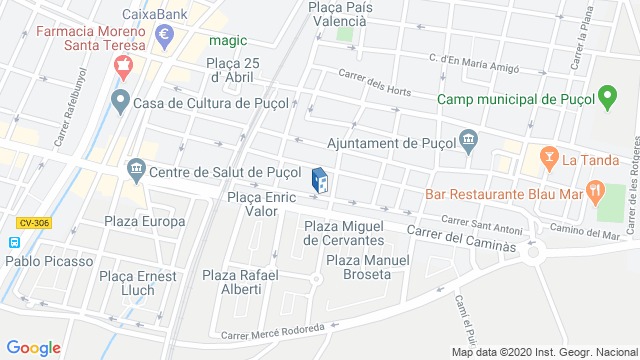