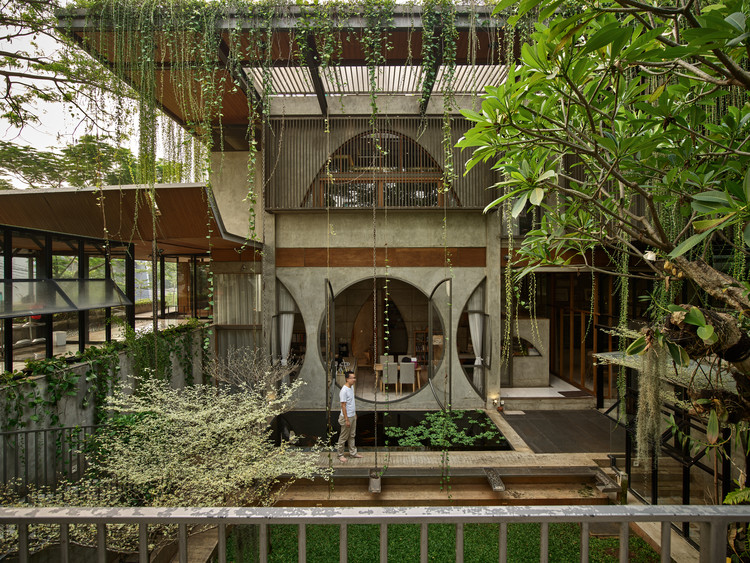 Text description provided by the architects. Guha is an combination of new and renovation project based on previously "The Guild" located in Taman Villa Meruya. The Project consist of Omah Library, Dental Clinic, residence and Realrich Sjarief’s studio named Guha Bambu, The studio is Realrich Architecture Workshop (well known by name of RAW Architecture).

The renovation section is consisted on adding sequence for adding elaborated programs for Omah Library such as  more storage for book shelves, bookstore and gallery. The circulation is designed to separate the public and private which is solved by separating the access at the entrance.

The new project, named Guha Bambu is at the east side. This building stands in the lot of 7.5 x 26 m size consisted new 3 storey Bamboo structure, 2 storey of basement. The technique to build the structure is elaborated from experimental school of alfa omega project. The technique separates the steel plane truss structure  as a roof and bamboo structure to hold the 3 floor plate under steel structure roof.

Construction of Guha is elaborated into 9 materials to sum up craftsmanship experimentation in Realrich Architecture Workshop such as : steel, wood, glass, metal, gypsum, bamboo, plastic, stone and concrete. The layout is flexible, and open while some of the rooms is opened by minimum 2 doors allowing the further scenario while the program can be changed. The idea is basically addressing the tropical climate to open north south and close the facade at west side.

The Facade is basically basic material, concrete, vertical louver by steel and bamboo.  The program it self challenge the typical housing in Indonesia to be mixed with more micro business programs such as education, even coffee shop in the future by maintaining privacy and opening itself to the public. The construction is done by generations of craftsmen from west java which integrate some of traditional fish mouth joint in bamboo constructions and more modern construction method such as steel and construction. 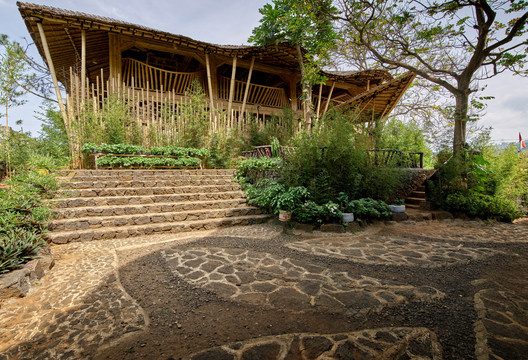 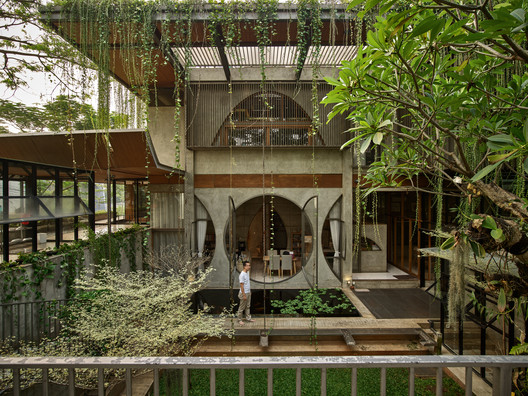