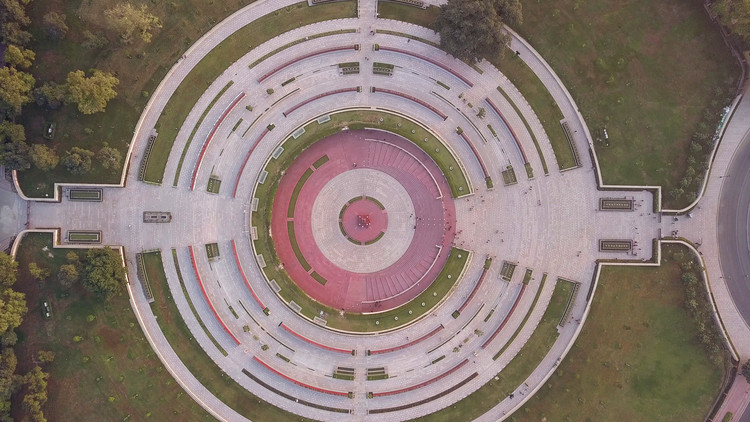 Text description provided by the architects. The concept of rebirth is inspired from the quote of Captain Vikram Batra.

Great sense of pride and victory at the cost of their life! The memorial is a gestation on the idea of rebirth of those unsung heroes through their stories, journey and struggles translated as spatial expressions. A culmination to the historical Rajpath extending through the India Gate, the National War Memorial is an open landscaped public space spread over 42 acres in the C -hexagon. Mostly invisible but strongly present, it is a semi-subterranean design remaining a peoples’ place but with a different dimension of emotional weight. Progressive act of protection, sacrifice, bravery and becoming the immortal translate as a concentric arrangement of which the ‘Thyag Chakra’ holds the name of each fallen soldier who become another brick in the nation’s defensive wall.

THE VOID . . . Six decades to come into existence: The request for the National War Memorial (NWM), India was placed by the armed forces in 1960. However, the consideration acquired momentum in 2015 and the construction was approved within the National capital's heritage zone of the British Imperial Times. Later, an International two stage competition was held for the design and implementation of the NWM by the Ministry of Defense, Government of India. WEBE Design Lab won both the first and the third place. The winning entry headed by Ar Yogesh Chandrahasan was commissioned for construction. India’s NWM was finally inaugurated on 25th Feb 2019 by Honorable Prime Minister Narendra Modi.

CONTEXT AND DESIGN APPROACH - The Iconic India Gate, brims with an average footfall of 50,000 ppl/day. Inset within the bustling C Hexagon the lawns were retained to be active public spaces to play, meet, relax and more. This Capitol complex has a central axis, the Rajpath- The ceremonial path from the President’s home, that runs across and ends at the India Gate. The newly built NWM retains the axis and bestows the essence of hierarchical importance upon the overall footprint. A cross-connection at the core of the New Memorial: The Yudhpath– is a metaphorical placement of the Rajpath (Path of life) with the Yudhpath (Path of war).

Circle of Sacrifice (Tyag Chakra): Inspired by the historic “Chakravyuha” Ancient war formation, the Tyag Chakra is arranged in concentric circles in accordance with the wars, gloriously housing the names of 25,700 war heroes, who sacrificed their life post-independence for the Nation. It is a concrete structure, with self-interlocking granite blocks placed over it. Each block represents a Martyr, and is engraved with his name, rank and number.

ESTABLISHING SYMBOL AND MEMORY - Circle of Protection The tree arrangement personifies the territorial line of control- The soldiers who are still there trying to safe guard us in places unseen. The circle containing 690 trees also helps in screening the busy roads of the C Hexagon thereby creating a calmer and protected space inside the memorial.

Circle of Bravery (Veer Chakra) A semi open corridor and gallery holding the brave stories of significant historic battles in Indian history of the Army, Navy and Air force.

Circle of Immortality (Amar Chakra) The obelisk carrying the eternal flame symbolizes the immortality of the Jawans that they will never be dead and they will always live in our memory. It is set in a larger circular court which also is the ceremonial space.

Lighting: The lighting in the central court around the eternal flame spearheads sideways and up building a sense of eternity as it fades out. The Thyag chakra seems floating with a series of small lights which resembles the oil lamps that are light in memory of the beloved ones in any Indian home. The streaks of light on the steps create a sense of transition through the concentric setup. The project does not have any ambient light. As much as the light brought in emphasis and character, the darkness made the required experience deeper and absorbing. 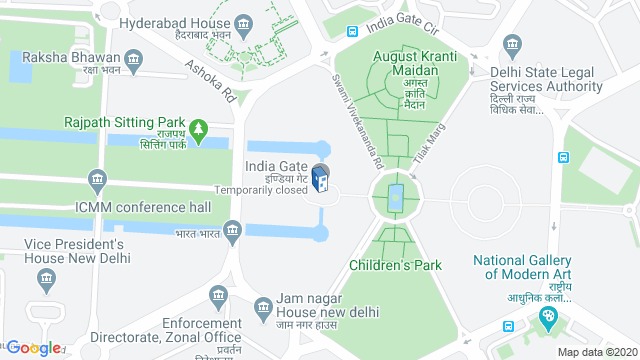 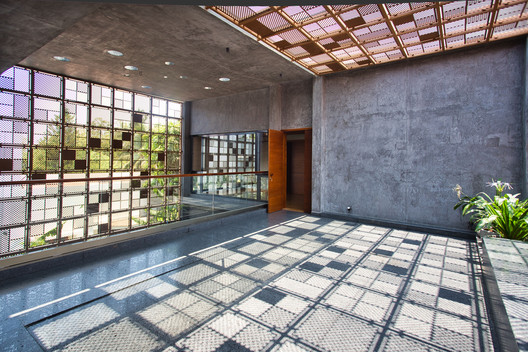