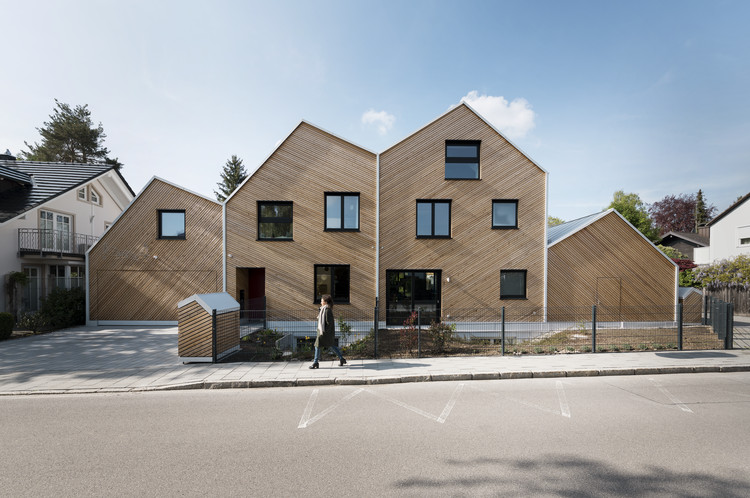 Text description provided by the architects. Urban infill done well? Anyone who has ever dared venture into Munich's suburbs knows that architectural quality is rarely a factor in space rededication and infill developments. But what about an environmentally friendly timber complex? In the project, Hausfuchs the IFUB * demonstrates how you can, in fact, have infill, ecology, and top-quality architecture all under one roof (or under four roofs, to be precise).

Munich is growing. Rapid developments are noticeable even in the suburbs where the process of infill is met with the challenge of retaining the local quality and living standards. In the project Hausfuchs, one plot was divided into two and the existing single-family home replaced with a two-family duplex. True to the maxim one plot, two houses, four roofs, integration into the existing local architecture was achieved with the saddle roofs. By simply placing the houses transversely to the road, an exciting and unusual composition was achieved that clearly defines the approach to both properties.

The volumes of both houses and their garages were designed in unison, the heights and depths being deliberately staggered. The front facade follows the straight course of the road, yet the height development creates a visual response to the crossroads on the corner. A small side detail is the refuse shed, built in the same style as the houses and garages.

Two simple design measures lend the semi-detached houses a special character: first, the untreated larch cladding was laid diagonally to alternate with the pitches of the roofs; second, the unavoidable drainpipes were turned into a design feature, and together with the sheet metal roof and skirting, frame the house with a delicate, bright outline.

With its all-timber construction, the low-energy building complies with the most stringent ecological building regulations. In addition to being highly energy-efficient, it is particularly worth mentioning the complete absence of membranes in the walls and the preference for wood as a construction material throughout. Further advantages of the timber construction are space efficiency and comfort: due to the thin walls, more living space remains and every square meter is well tempered and ventilated. This was already apparent during the short construction phase when the pleasant smell of wood conveyed a general sense of well-being long before the clients moved in.

Built in the 1950s, the old house with the fox was well known in the area because of its decorative ornament, but unfortunately, the building was in such bad condition that it was not worth preserving and had to be demolished. The fox, however, was saved. 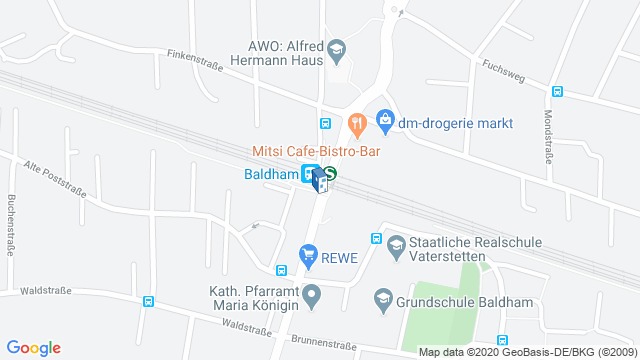