Text description provided by the architects. Nanjing enjoys a special status in Chinese traditional culture, as it is the “capital of the six dynasties” in history. Therefore, we must think carefully about how to make use of its rich cultural heritage and give new value of modern culture to the project and the city.

Over the course of time, the present is the past, and the past is also the future. The evolution of art and aesthetics is seeking an answer from the past. The symbols that have survived countless changes over the course of history have a thriving existence.

Then we find the symbols-the “brick” and “book ” from numerous historical and cultural relics of Nanjing, and make them the carrier of history and culture and part of our design. Moreover, modern elements are introduced to create a dialogue and collision between the “new” and the “old”.

For Chinese people, Nanjing City looks modern and fashionable yet ancient and simple. Based on a deep understanding of Nanjing, we wish to design these two aspects into the entire demonstration area and attempt to give new cultural value to the city through the building.

The general layout of traditional buildings in Nanjing is characterized by front hall and backyard, showing a space with rites preceding nature. We adopt this spatial layout: the front yard highlights a modern sense of rites by layered space, formal symmetry and tranquil setting; the back yard shows a space of nature and harmony by modern landscape. This is the very new user experience we want to add to traditional space.

As the carrier of culture, a building should come with cultural symbols to showcase its local harmony.We choose the “brick” symbol from numerous historical and cultural relics of Nanjing and create the demonstration area concept of “aesthetics of brick”. The “brick” element can be a solid and inclusive carrier of history to represent and shape our imagination of the place.

It is a special architectural design to show the effect of space on people, as the space itself is a kind of force field.We hope to produce an effect on people with such force field and use one space to guide another. When it comes to the whole spatial sequence, we choose layer-by-layer scaling: from tranquil front yard to mysterious entrance to open back yard, the space reaches a climax in the end. We give each space different meanings in this process to show our understanding of space.

We hope the whole design can bring the dialogue and collision between the “new” and the “old” and yield a sense of time-space overlap in the place.

Regarding an understanding of the “new” and the “old”, we not only use ancient cultural symbols and modern design techniques according to traditional spatial organization method, but also bring out the contrast with materials that convey a sense of the times. The contrast between bright and transparent large glass curtain wall and ancient and solid black clay brick presents a complementary effect.

As Chinese traditional building materials, ancient technique of making black clay bricks are gradually vanishing. To best achieve an ancient hallmark, we visit many places and find a suitable brick material finally. Meanwhile, we explore new understanding and application of bricks through changing bricklaying methods like staggering, concave-convex and hollowing to further boost the virtual-real contrast for the façade. Along with different bricklaying methods employed to increase solid wall details, light and shadows alternate as the sun moves in the daytime. Apart from glass and black brick, we choose copper color for bricks that symbolizes nobility in Chinese culture, as it gives the façade a more elegant look and better matches the status of Nanjing known as the “capital of the six dynasties”.

We hope Jinlin royal park is a multi-scale integration of people, building and urban culture. Such integration will give new value of modern culture to urban buildings, shape the way we live in cities and attempt to arouse our innermost memory and cultural identity of this place and this city. 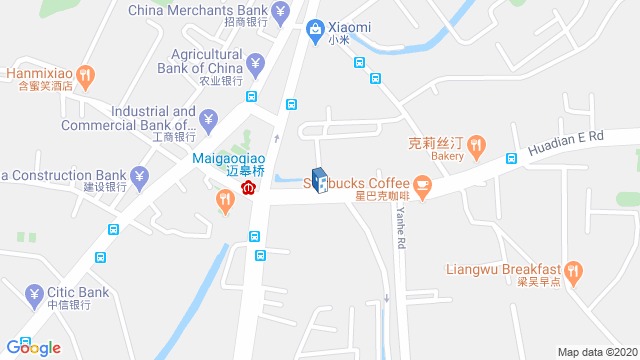