Save
Vittorio Gregotti, to be Continued: Hashim Sarkis' Tribute to the Late Architect
Share
Or
Copy

No one ever dies too late, but Vittorio Gregotti died too soon for some of his radical ideas to be fleshed out in form, and too soon for the 17th Venice Architecture Biennale of 2020, which has been postponed by the same pandemic that took him away last week, to say thank you.

Architecture owes a lot to Gregotti.

The fact that there is an architectural biennale at all, is because Gregotti, as director of Visual Arts Section in 1975, carved out a space for Architecture within the Venice Biennal,e to present itself as a necessary dimension of Art, with a capital A for both. Through architecture, he further expanded the scope of the Biennale to include the city and the environment. The postmodernism of Paolo Portoghesi's Strada Novissima and Aldo Rossi's iconic Teatro del Mondo may have marked the official beginning of Architectural Biennales in 1980, and they may have outshone Gregotti's forerunner show, but they did not eclipse his generative ideas.

Another one of Gregotti's highly recognized contributions to architecture is the commitment he showed, throughout his seminal leadership of the Italian journal Casabella, to create platforms for debate and discussion, that rigorously explored built form as an expression and instrument of social change. This has clearly become a distinguishing disposition of the more recent Biennales which the 17th Biennale will extend and expand: a commitment to building is constitutive of a commitment to a social project.

Yet perhaps, the richest dimension of Gregotti's multi-dimensional oeuvre that remains underdeveloped is his work on geography and architecture. Like many architects of his generation, Gregotti read closely the work of French human geographers like Paul Vidal de la Blache, Jean Brunhes, and Maximilien Sorre, who were interpreted to Italian audiences by geographer Lucio Gambi. Gregotti also assimilated the work of 19th and early 20th-century German physical geographers.

Specifically, he honed in on the connection between architecture and territory, a concept that has recently gained significant importance. At the time, it was virtually untrodden. Like many post-war urbanists, Gregotti was invested in addressing the chaotic spread of cities over the broader terrain. He proposed to recast this terrain positively, not as ex-urban but as territory. Starting with his seminal essay, "Territorial Form", he proposed that architecture had a role to play on this territory. Folding the historical and geographical into the concept of phylogeny, Gregotti applied the tools of the architect at the territorial scale and integrated landscape and surroundings as ways of explaining architecture's connectivity to larger networks and which can no longer be explained, let alone controlled, by discreet forms or by forms fixed in time.

Territory in that sense provided architecture with a fluid and connective context. While he brought architecture out of the city and to the land, he did not ground it there. He empowered it to be transformative of this vast context. Thrown by Gregotti onto the surface of territory, architecture rolled into the inhabited world, the ecumene, which geographers always aspired to find, but often ended up losing, in its local manifestations. Here lies one of Gregotti's most potent yet least explored ideas. He transcended the concept of typology that many of his contemporaries understood to embody the human geographer's idea of form of life. Instead, he proposed new tools to assimilate geography, or the ex-urban, into the architect's repertoire. The field and the ensemble emerge as tools that architecture could use to organize the territory across scales. For example, in the University of Calabria project of 1973, on which he collaborated with Lucio Gambi, he proposed an ensemble of large horizontal slabs. Applied in a sequence, these recurring bars registered the local variations of the topography of the valley while suggesting a continuum from Calabria across the world. Beautifully, his forms never became landscape or camouflaged themselves into geography. They remained distinctly architectural.

Many architects of Gregotti's generation, including Aldo Rossi, shared his fascination with human geography and abstracted geo-historical forms but Gregotti was more committed to giving architecture a larger role in this world. He introduced the territory as a positive form and charged architecture to hold together and give sense to the fragments in the extra-urban setting. Rossi historicized and aestheticized the fragmentation and, for some reason, redacted the ecumene into the city. Instead of the inhabited world, he settled for its microcosmic representation in the city. What is perplexing about Rossi is that he, along with architects like Silvano Tintori, were originally critical of Le Corbusier's excursion into territorial thinking in The Three Human Establishment because it was, according to them, inattentive to the historical, cultural, and cadastral dimensions of territory. At their intellectual beginnings, both Rossi and Gregotti were immersed in expanding the terrain and impact of architecture, but they each read the terrain differently. For some reason, Rossi's reading and the reading of Rossi prevailed.

Gregotti's readings are yet to be fully fleshed out and his ambitious project for architecture is yet to be continued. The 17th Biennale aims to continue from where he stopped all too soon and to explore, guided by his foresight, what architecture can do to the world and in the world. 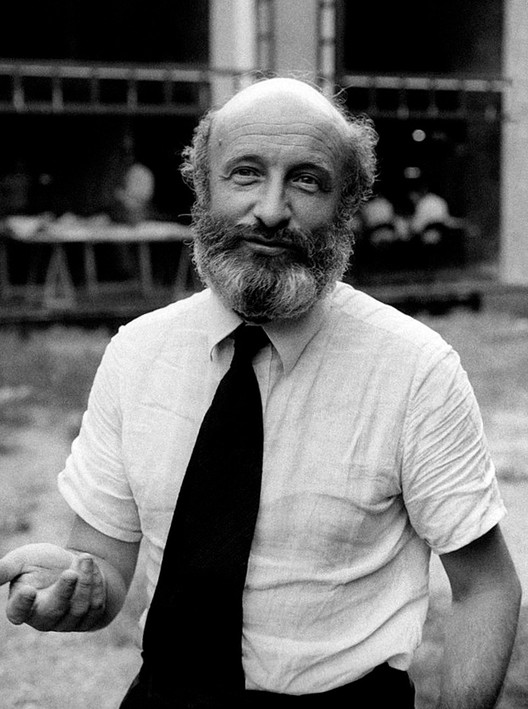