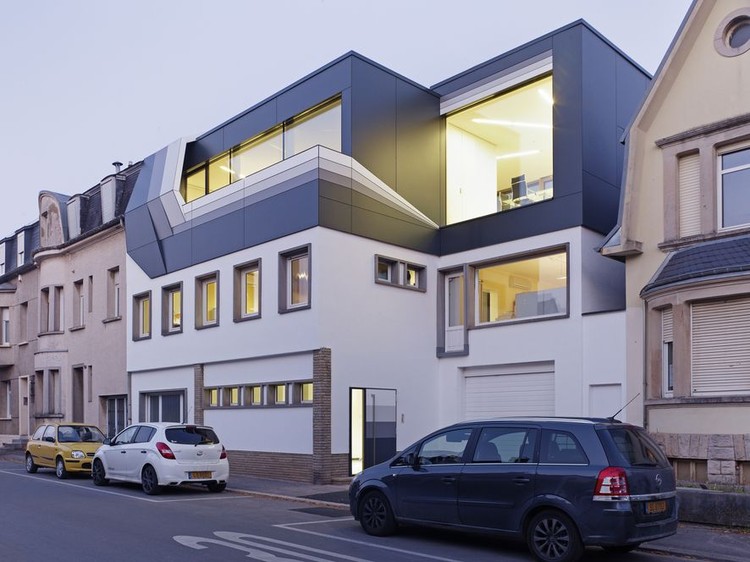 "Roof top office" Dudelange is the extension of the company headquarters of Sanichaufer. Sanichaufer is one of the biggest Luxemburg-based firms in building services engineering, with over 50 years of experience. Sanichaufer’s main fields of activity are heating, air-conditioning and central control systems. For this reason, the “rof-top office” is designed as a showroom displaying the most modern building technologies.

Principle of the different shapes
The construction laws demand the adaptation of the roof type of the adjacent building on a sixth of the façade width. However, the client wanted a cubic extension with a flat roof. The design combines those two opposites – the “mansard-object” as required by the laws – and the “roof-top office” as demanded by the client. The two seemingly opposite shapes become one consistent design by using color gradients. Coming down the “mansard-object”, these gradients seem to create a movement that finally integrates in the base of the “roof-top office”, visually dragging the latter underneath the “mansard-object”.

Alternation with Color gradients
The combination of the different forms takes place with the help of grayscale gradients. The form follows the shades and vice versa. A subtle game. It alternates the opposite forms of the "Mansard object" and the "roof-top office", as well as the different degree of the shades that seem to break out of the façade at the joints of the different parts.

Bizarre interiors
The interior design picks up the subtle interaction between colors and forms. The new mocks the old, color mocks shapes, straight lines the curved ones. The walls and ceilings of the new areas are designed completely in white. The design intents to produce a bizarr empty space in which only the gradients generate forms and movement. In some areas the visitors of the new building are abruptly confronted by old parts of the building, areas, where the interaction of old and new generate or reinterpret new space.

Intelligent building technology
The “roof-top office” becomes the CI of Sanichaufer, by the architectural language as well as the best possible energy efficiency. Therefore, the “roof-top office” is built in timber construction. Because of its function as showroom, the latest state-of-the-art in heating and air-conditioning is used. A central control unit with touch panel and IPhone user interface manages the controlling and fine tuning of the installed systems. For Sanichaufer, the focus was not only on energy savings and energy efficiency, but also on the use of renewable energy like solar energy and green electricity. 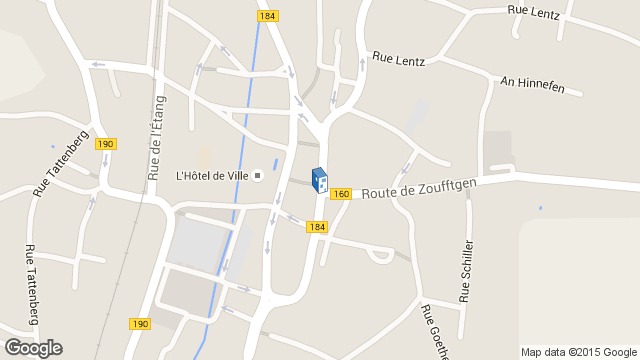 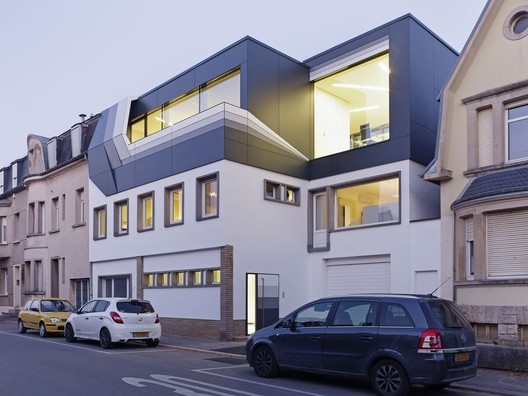