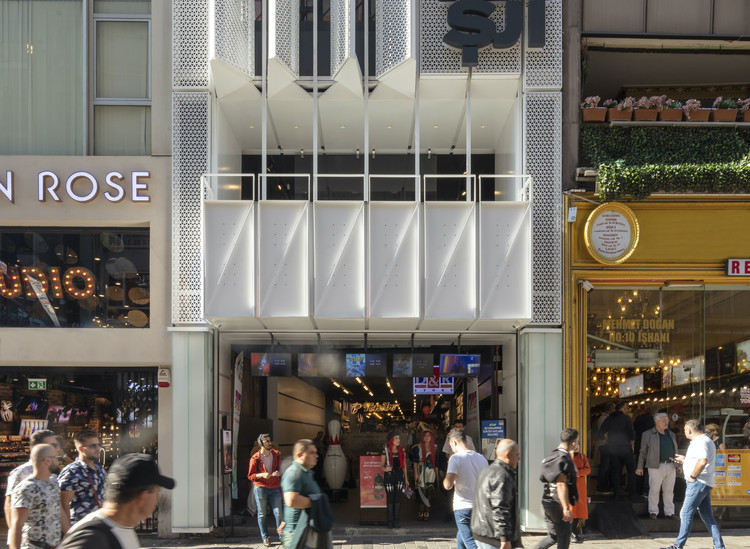 Text description provided by the architects. Alper Derinboğaz’s adaptive re-use project brings life back to one of Istiklal Street’s original arcade buildings, the Fitaş Passage. The existing mid 60’s building holds a significant place in collective memory due to the cultural activities it has accommodated over time. Paying homage to this while revitalizing the building’s relationship to the public, the first phase delivers the new façade onto Istiklal Street.

A vibrant pedestrian axis in the heart of Istanbul, Istiklal Street has witnessed many changes in the urban fabric over the years. One of its distinctive features are the historic passageways and arcades that connect to the smaller streets behind. These arcades, in varying scales, mostly accommodate small shops at ground level with flats or offices above.

One of the modern examples of these arcades is the Fitaş Passage, dating from the 1960s. Merging many new and unique functions, it developed an important role in the urban public realm whilst adapting itself to the ever-changing identity of the street, accommodating one of the biggest cinemas in Beyoğlu, one of the first national prêt-à porté brands, a bar and even a concert hall where important bands of the ‘70s took stage. However, due to changes to the urban fabric and a shift in shopping culture to the nearby Şisli district, many of the original functions disappeared and the ‘passage’ quality was lost within the building.

Derinboğaz’s adaptive re-use project aims to renew the passageway character with interventions to the original structure. The first phase of the project was the design and implementation of the new façade, attracting pedestrians inside the refurbished ground floor passageway. The second phase will deliver additional spaces in the upper and lower layers for entertainment and leisure activities, including a 2000-seat concert hall, a bookstore, cinema halls with a total of 600 seats, a gay club, an e-sports centre, recording studios, a dining area, a bowling alley and a small arcade park stacked and distributed to seven floors and two basement levels. The interrelationship of the different functions between floors is crucial, allowing the building to function as a vertical street as well as a horizontal passage. Alper Derinboğaz, the project architect, states: “By merging different functions that we are not used to seeing together, we hope to see Fitaş Passage come to life as a vertical street rather than a simple multi-storey building."

The new façade for Fitaş Passage is inspired by the 1970’s vertical signboards that helped form the identity of Istiklal Street. The façade elements emphasize the verticality of the structure, perceived not only front-on but also from a pedestrian viewpoint. The façade openings are positioned according to the functions inside, while the windows point to different views outside, emphasizing the connection with Istiklal street at every level. Derinboğaz aims to add depth to the façade by shaping it not just as a plane, but as an articulated interface with intermediate spaces such as the ‘entrance gallery’ or the ‘street balcony’ that allow the morning sunlight to penetrate into the passageway. 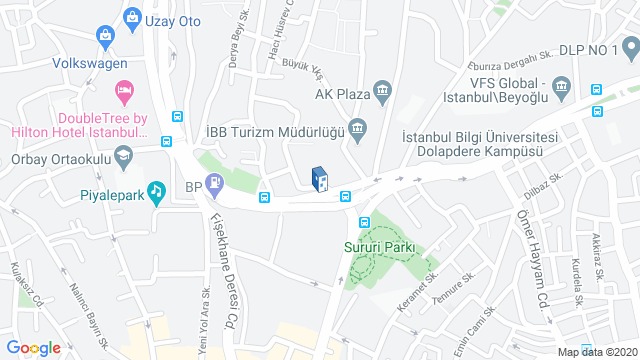 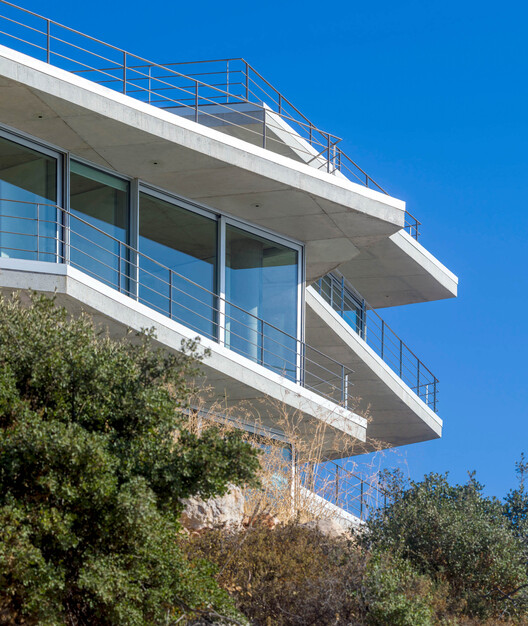 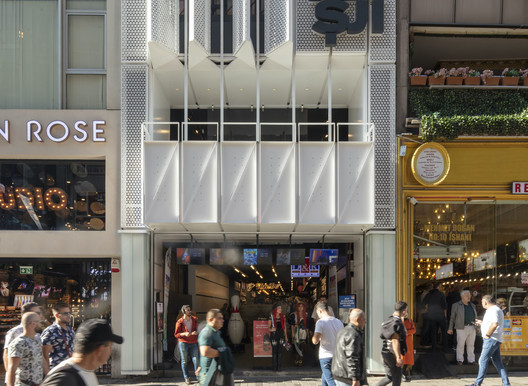