Text description provided by the architects. We as humans can take lots of inspirations from the natural scenario. During the design process of this project, we initially came up with the idea from a simple theory of the second rainbow, which is a phenomenon that is not often to see. Encouraged by the low-key, misty colour palette, we thought we could use its element into the interior, creating some kind of intimacy between people and colour. Through the invisible power of colours, we hope to achieve a goal of cultivating closer interactions along with opening a dialogue about an ideal way of living for urban-dwelling residents.

Under the practice of minimalism, we developed a flowy rhythm of space with the composition of geometric graphics. Subtle lines and curves were embedded almost everywhere, shaped a certain sense of feeling over real and imaginary; while airy and serene colours introduce the soul and spirit of this apartment. All these materials and delicate textures engage you in an enchanting space that soothes your mind layer by layer.

On the movement from visualization to a practical arrangement, we put a common scene happened in a dream into the floor layout. You may not be foreign about this: In a dream we not only can go anywhere at the next second, but it also occurs a lot that no matter how many routes we go, we still head back to the same place. With a bit of humour and hopes to create enlargement, we decided to recreate the scene by breaking down original walls then alter it widely-opened. Different functional rooms were defined by three invisible lines divided from a structural pillar, including living room, flexible room, dining area respectively. When you stay near the window side, you will discover a tiny but aesthetically well-equipped working table. It can satisfy both the needs of privacy and be with others.

The pillar is connecting to a terrazzo-made kitchen island, which is also another point echoing to the design concept. Kitchen islands are often being perceived as heavy-weighted, physically or visually; in terms of this project, we reversed the sensation by featuring curvy forms and approach of single-leg structure. On above of it are bubble-like slim pendants, with bottom woodworks holding the terrazzo surface. All together to spread a free, light, floating vibes.

Besides making appealing designs, we love to hide metaphors in our works as well. In the Ne-On house, we poured our inspirations from the second rainbow, with a genuine wish that whether today is good or bad, the sun will shine again after coming home. 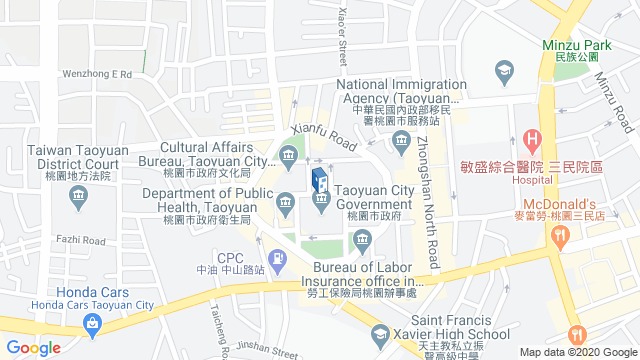 Location to be used only as a reference. It could indicate city/country but not exact address.
Share
Or
Copy
About this office
NestSpace Design
Office
••• 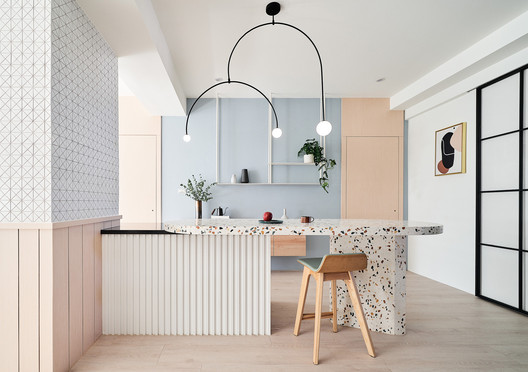