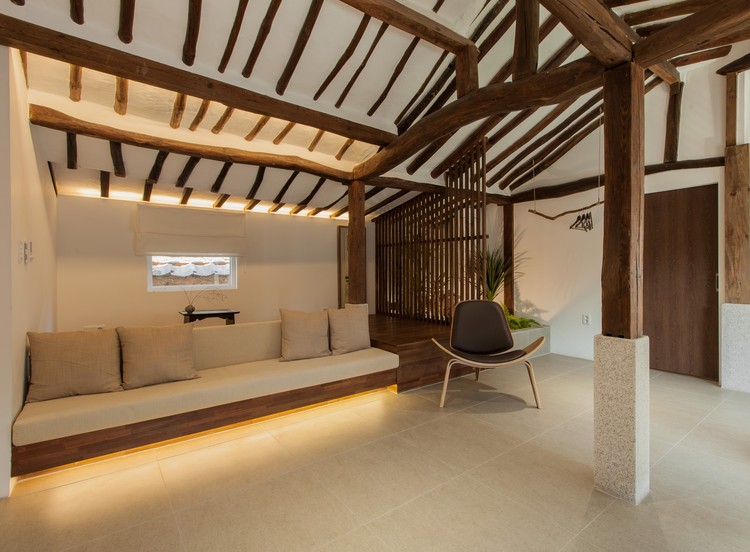 Text description provided by the architects. The project is a rental house where you can use the entire hanok based on the quality of hanok hotel. Instead of just experiencing traditional Korean houses, I suggest a new space by combining modern and traditional lifestyles. I wanted it to be not just a sleeping space, but a space where I was tired of traveling, and an extension of my journey. This project is a project that reinvented hanok that was built in Jeonju's Hanok Village in the 1970s. Over the 50 years, we had to remove the unplanned additions one by one, and we had to look at the hanok that was 50 years ago, and we had to make all the old parts that could not be reused.

Step 1. Remove and Restore - For 50 years, all the parts attached to the site were removed and all but the hanok structures were removed The old hanok roof, the traditional flag, was rebuilt and restored. Hwangtodam and hanok gates were built.

Step 2. New design - In a letter-shaped structure, the kitchen section was protruding. This was the point. The garden was decorated with pine trees for its luxurious and neatness, and continued its atmosphere with formal stepping stones and water space. The space is placed in front of a protruding kitchen, creating a pleasant atmosphere at the kitchen table, which is finished with a glass wall. Overall, the interior features dark brown, white and gray poserin tiles to give it a neat, heavy, luxurious look. Ordinary hanok hotels and guest houses use a single room, but around the same time, they have the advantage of using the entire hanok as a premium hanok hotel style. In the middle of the living room, the lower part of the column is surrounded by granite to give you a more heavy and luxurious feel.

The living room also has a flat and indoor garden. Admission life is basic, but you can experience the sedentary culture of hanok. The indoor garden that runs from the outer yard gives life to the neat space. In this project, the kitchen is the main point. From the outside, the part that sticks out of the ' 튀어나' structure is the kitchen, which is finished with glass for transparency and openness, and on the bottom of the outside, it feels like floating in water in space, and the kitchen that is reflected in the water is the point. The interior of the kitchen was made of dark colored tables and synch to maintain a luxurious atmosphere. In the dining area, the two sides are made of glass, so you can enjoy food or tea while looking out into the view.

Step 3. Branding - The logo of the time simplified a part of this space to create a logo. He used a plaid pattern and wood texture to express Korea's tradition, and Font used a font that solved the brush strokes well in the 1970s in a modern way. Using the logo, we produced postcards and traditional games to record memories. 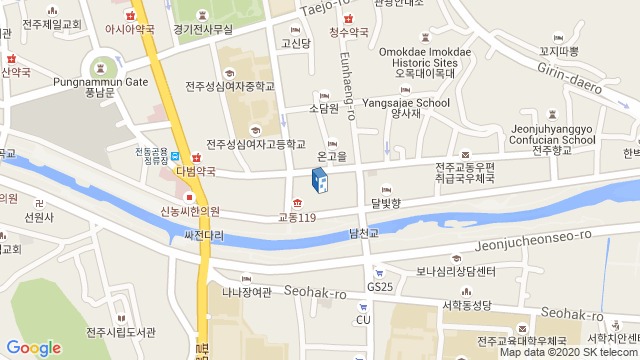 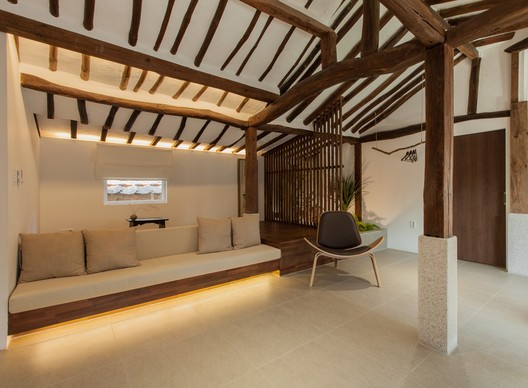