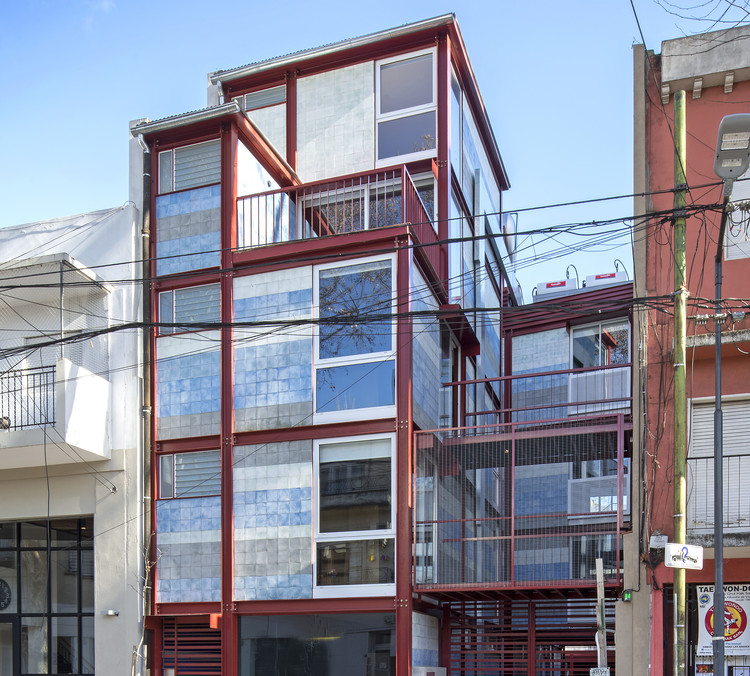 Text description provided by the architects. We are seduced by steel structures, particularly the eloquence and precision of its assembly and presence. That explicit condition of drawing the efforts as they decant in the tectonicity of the building. Nothing more than looking at works by Foster, Rogers, Renzo Piano and immediately having the feeling that Newton lives ... so far away from the mannerist approaches of the parametric trend of some architecture.

The issue of context is no less important, there is always eloquent information about the environment that guides us towards an architecture integrated with the context but with features of identity, where design decisions consolidate the character of the place. Here in Palermo Viejo the insinuation of one more passage rebounds in those who know  the neighborhood ...

The slogan, as always, is that Technology, History and Nature interact creatively.

In this project we have chosen to obviate the obvious by generating three independent volumes linked by an access platform that houses a staircase and elevator. The three independent towers, released from contact with each other, are stacked little houses with three free faces allowing optimal cross ventilation and abundant lighting. A set of spaces and places as rich as unexpected is formed.

The metallic structural skeleton made with HEB200 medium gray profiles on beams and columns is a reminder for our YPF service station in Nordelta (see ArchDaly ). The rapid assembly of a clean structure and millimeter precision implies that the stages of laying precast concrete mezzanines, the exterior walls of Retak, lightweight concrete blocks clad on the outside with calcareous mosaics and inside with Durlock plates and aluminum joinery, balconies made of ecological wood, they are all quality operations carried out once, without successive approximation of the optimal result: materiality is what it is and is thus interpreted and enjoyed. With the same criteria, the kitchen equipment is made of stainless steel and the dividing or storage furniture is made of multilayered wood veneered in guatambu.

In these terms, 11 functional units have been achieved in a “A” tower with premises in PB, two 43.10 m2 casitas with internal balconies and a 53 m2 duplex; a central tower "B" with 3 units / study of 31.60 m2 and a tower at the back that repeats "A" replacing, local by unit in PB. In the heart of the block of grass tiles and vines in the party wall there is space to park several cars.

The service systems are the conventional ones: hydraulic elevator, cold water from tank on deck, hot water from 3 solar panels and 3 thermo tanks, one for each tower and split type hot-cold air conditioning per unit with condensers on the body's terrace. central.

Jorge Hampton and Emilio Rivoira have received the “Bienalba Award for Argentine Architecture” at the 17th Buenos Aires Architecture Biennial /2019, in recognition of their career and for this work. 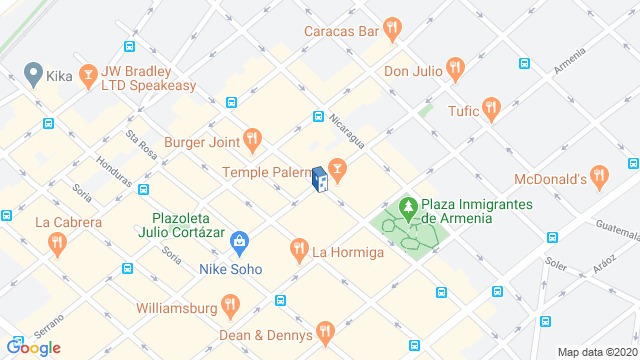 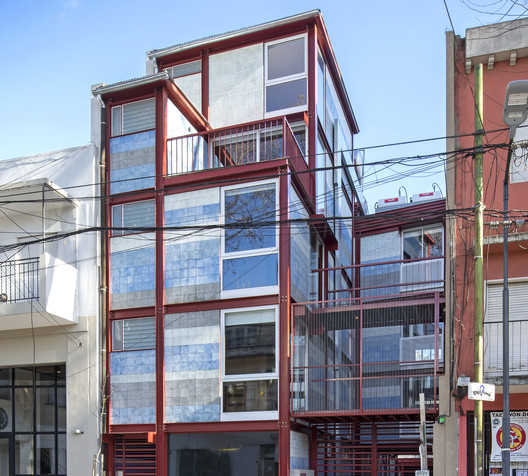