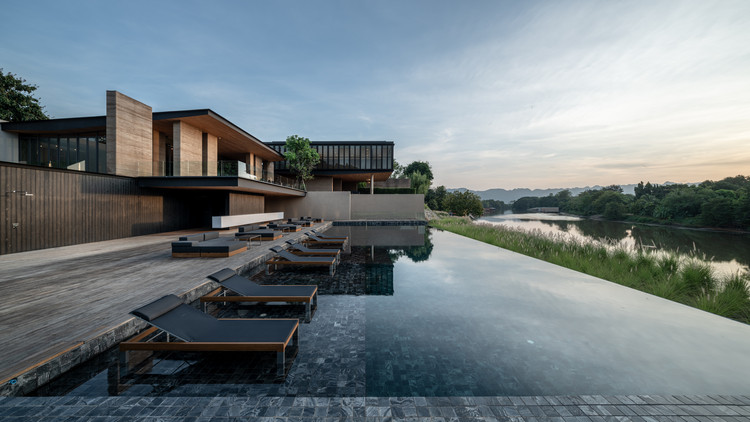 Text description provided by the architects. Tara villa is a small resort situated at the bank of Kwai river. This place can support weddings, conferences and other feasts. There is a large area on the rear of the project provided for further residential construction. The common building provided as a reception and multi-purpose court was placed along and confront the direction of Kwai river as to take advantage of river view. The court which was connected with swimming pool by the end of this continuous space, lied an exclusive family suite type-residential room. This room specially provided for a group of family rather than a couple because of the possibility of the disturbance noise. Otherwise, it can be converted to accommodate a spouse as a honeymoon suite type because of its spacious area, so the couple would be independent from the rest of the visitors in the other wing of resort.

The first intention of the owner was to lower the level of the land on the right wing down for three meters or about a one storey-high building as to pull multi-purpose court and swimming pool closer to the river view. To achieve this, there would be a lot of soil dug up which led to the idea of what could be made out of this. Then rammed earth became interesting for this project. The unique yellow rammed earth wall made this place different from any other place since it was built from the soil in its own land. Moreover there are more layers of earth than usual as to emphasize the uniqueness.

Concept of design was to focus on the space among functions. As the quote said 'Journey is more important than destination', implied contents had been described through simple senses of human, touch: material texture, hear: sound of the wind, feel: warmth of sunlight and smell: the pleasant odor that has been released from rammed earth when touched with the rain. When passing along these space, the users will feel like the time is extended before plopping themselves down on any area of the resort.

The building layout was created to have the main circulation which connect all of the common areas and to keep most of the existing trees as possible. Direction/position of the rammed wall played in both a closure and opening roles. Sometimes, they were creating choices of accessibility. This gave an extra time for visitors to observe things surround them even more.

In the villa zone, visitor will be led through the semi-outdoor space which work as a transition space before getting into the indoor-residential area. All of its sliding doors can be opened widely at once as to merge indoor and outdoor space together in the contented breezy day which support free flowing of air ventilation and also an activity that took place from indoor  continuously to the terrace further to the swimming pool outside.

Color tone of overall project was based on the main material which is yellow rammed earth so pine wood had been chosen. All the rammed earth wall was used on the outdoor architectural elements because of its strength and its granularity that might give out dust if it is used in the interior work. 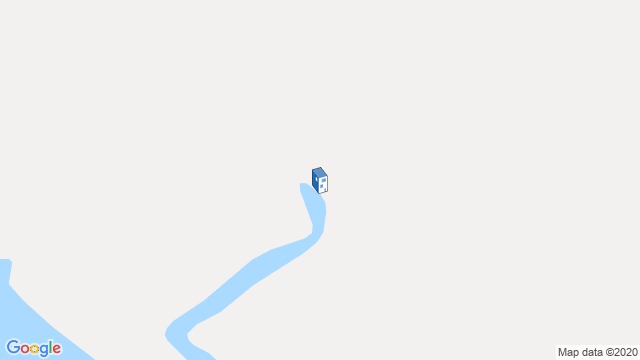