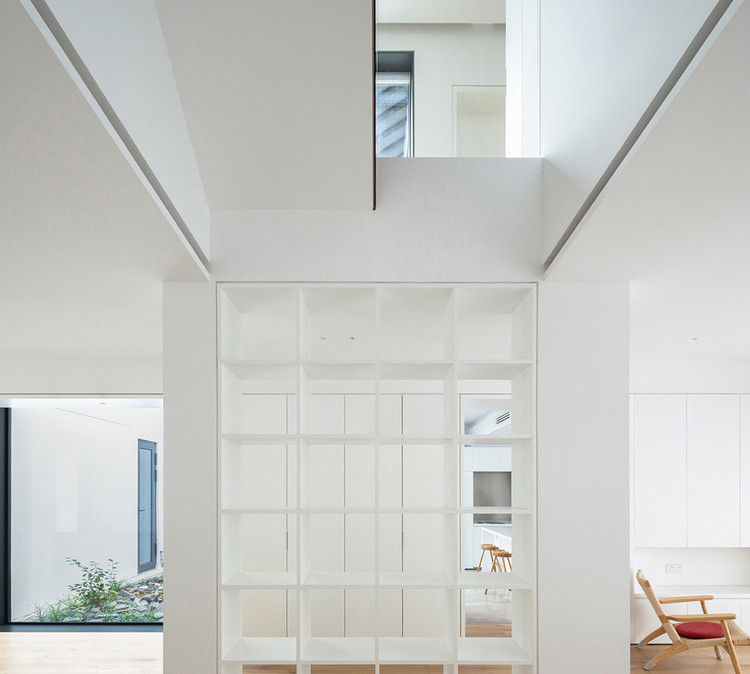 Text description provided by the architects. The project is located at the northernmost end of Pingjiang Road in Suzhou, along a river which is on the northern side, and with ancient architecture, such as the Humble Administrator Garden and the Lion Forest Garden, as well as the modern architecture of Suzhou Museum within a radius of 500 meters. While boasting an excellent location, it is also restricted by the need for the protection of the ancient city, so the renovation must be carried out according to the principle of basically retaining the appearance of the residence. The original brick-concrete residence, which was built in 2008, was a typical traditional building in Suzhou, with white walls and black tiles and several inner courtyards.

An indoor view of the outdoor scenery and a fusion between nature and the interior: The boundary between the inside and the outside is blurred by a large indoor reflection of the outdoor courtyard landscapes and surrounding streets, so that it fuses with the natural atmosphere. Using the technique of ‘view borrowing’ in traditional gardens as a reference point, all inner courtyards and balconies have been retained and utilised, and windows have been renovated systematically, in order to successfully introduce inner courtyard landscapes and outside streets into the indoor space. As a result, this space is made bright and spacious with enough natural light, while, at the same time, blended with the natural surroundings relating to the different scenes visible through the windows.

An attempt to accommodate three generations: In consideration of both the older generation’s lifestyle and a space for growing children, the functionality of the public space has been maximised. The public space is a focal point; functionality has been optimised; space for bedrooms has been reduced; scope for movement has been increased, so as to improve, encourage and emphasise communication among several generations, and make relations among family members healthier and more harmonious.

Functionality has been sorted and revised. Functional spaces are connected by traffic spaces in the form of ‘lanes’, so that each floor has zones for resting together with corresponding window scenes. At the same time, with consideration for the climate, the ‘lanes’ are also natural air ducts. On the first floor there is a large living room extending from the southern end to the northern end, an open kitchen with a storeroom, and a laundry at the entrance. The large living room, which extends from south to north, provides a major space for activities, such as dining, entertainment, relaxation, learning and a place where children can play, and have parties and exhibitions. On the second floor there is a major living space, consisting of three bedrooms with toilets and an outdoor public balcony. On the third floor there are two bedrooms for growing children and an outdoor balcony.

In this project, the window system has been renovated and upgraded whilst still retaining the appearance of the building. This includes a newly designed and customised aluminium alloy window system, double-glazed low-E glass, and frameless design to reduce the space occupied by the frames, so as to make indoor and outdoor spaces better able to meet their visual design requirements. The indoor space is closely related to the windows. The transparent windows in the public space give the space a good feeling of extension, and the compact bedrooms also do not seem quite so narrow and small because of the bigger windows. Meanwhile, the residents are able to experience a part of nature, which is outside in the city, at any time. A simple and natural technique has been used, in the interior design, to give play to the natural properties of all the materials, and highlight the features and functional thought behind the spaces, and control costs.

Structural measures mainly include the reinforcement of structural columns and beams on the first floor, and the load reduction of the second and third floors, and decorations, which have been combined with the original brick-concrete structure to create the concrete frame structure on the first floor. On the first floor of the residence, a floor heating system has been used, and interior thermal insulation has been applied to the eastern and western outer walls and to the roof of the top floor, in order to reduce energy consumption.

Similar to the improvement of urban life, services and culture in the ancient city of Suzhou through current hardware upgrading and renovation, it is hoped that this renovation can combine modern and traditional architectural elements, and residents can be motivated to adapt to its purity and nature, and feel the changes that the renovation has brought, and enjoy a comfortable and happy life. 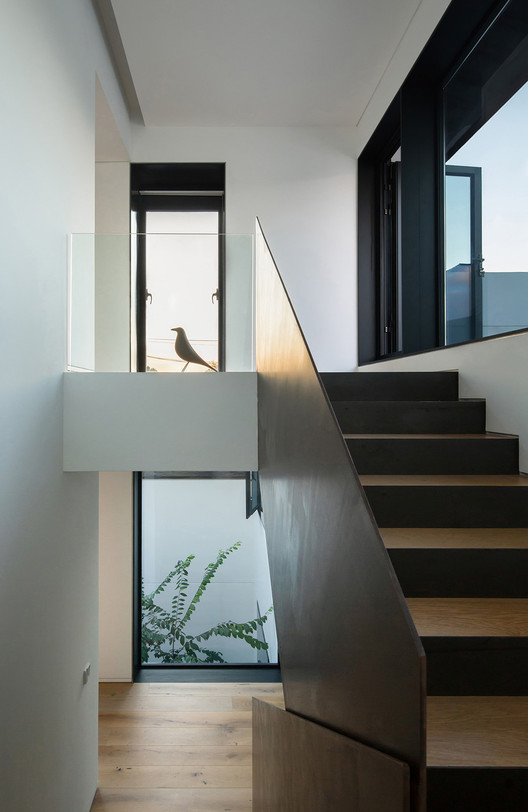 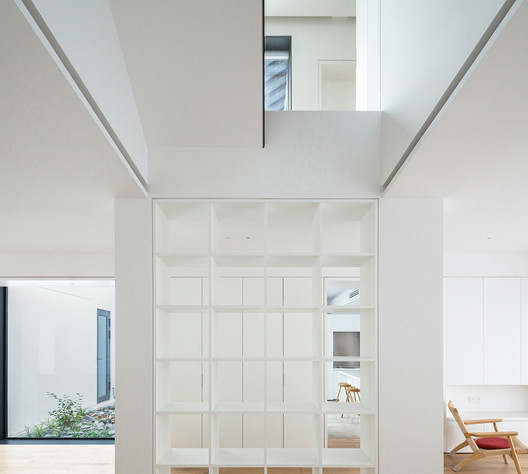