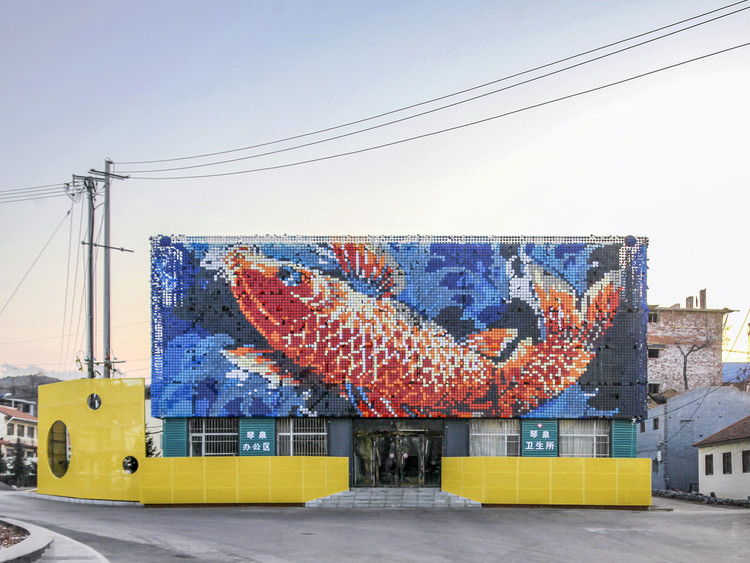 Text description provided by the architects. The rise of rural constructions attracts architects to rush into the wild rural area as aliens, hunting for the meaning of construction there. Most architects focus on rural cultures and consider “nostalgia” as a major concept in their design works. The difficulty here is how to represent this poetic, yet abstract concept with a physical presence of architecture. For us, to regain nostalgia is to regain the lost sense of belonging to the community and the homeland by means of architecture.

There used to be a core public space in Chinese villages, but most of them have become desolate nowadays as the removal of the village host. Therefore, it requires designers, from the beginning of a rural project, to locate that lost space and start from there. In Qinquan Village, we found that core public space defined by an east-west axis, which starts from the village memorial gate and ends at where the village committee building is. Core area as such naturally became our design priority.

Across the entire plaza, we designed a series of zigzag short walls, enclosing multiple micro plaza spaces on both sides of the axis, which provide seats and canopies with the existing trees and Roman columns. Introducing into our design more graphics is an extra experiment we did in this project. We took advices from the local residents for themes of the paintings on the short walls, which did enrich the spatial experience with paintings that are more familiar to the local, bringing the project closer to the village.

Apart from being the village committee, the two-story building contains a few public programs, so it’s not only the geometric center, but also the activity center of Qinquan Village. Renovation for this building is therefore the highlight of the whole project. We proposed a low-tech “breathing skin” façade system, which is a matrix of 28,736 pieces of translucent acrylic panels with 15 colors, forming a huge fish image. The fish is the village totem from a famous local historical story, thus conveying the most emotional connection with the local inhabitants. In addition, to guarantee the basic environmental performance of the existing building, the new façade shades the west elevation while allowing for a decent amount of daylighting and ventilation. More importantly, we simplified the construction process and designed the last step of construction to allow unprofessional local residents to hang the acrylic panels onto the wire mesh themselves, participating in the creation of their own life scenes. So that the project became a collective work that evokes a sense of belonging among local residents.

The project made Qinquan Village one of the most successful rural revitalization projects in Qinyuan County. “Big Fish”, as the local call its nickname with the long-lost pride. 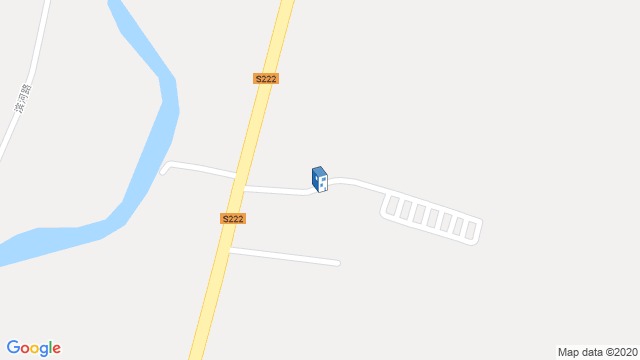 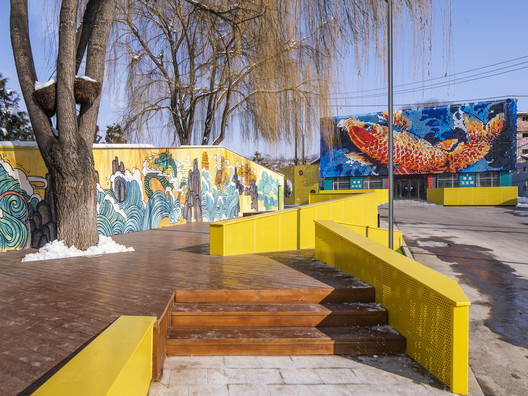 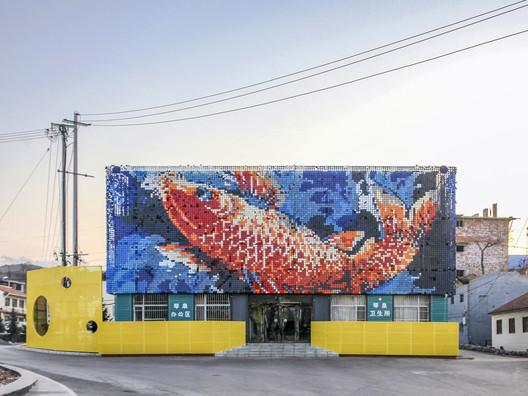