Save
The Landmark / Shing & Partners Design Group
Presented by: 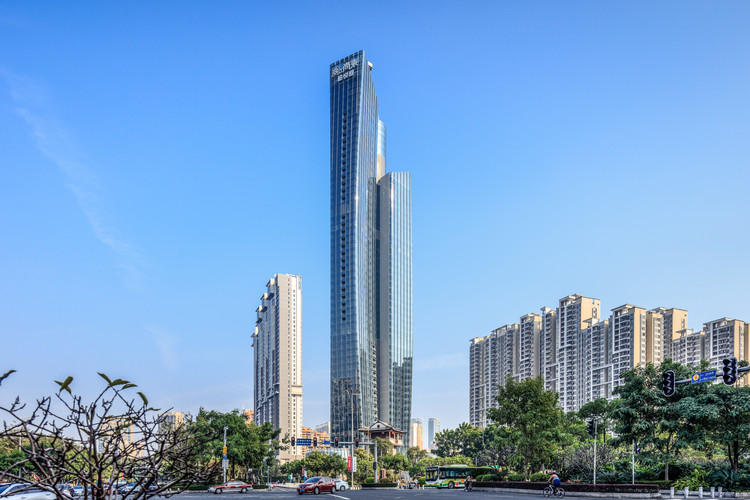 Text description provided by the architects. Designed by Shing & Partners, The Landmark is a residential project catering to distinctive accommodation demands for the select-few. With its 198-metre height, the tower consists of a 52-storey tower and a three-storey podium with a basement, delivering limited 99 units of a luxurious apartment.

Situated in ‘The City of Rice Plant’, the tower pays homage to Guangzhou city with the spiral rise of vegetation. This unforgettable visual language is extended from the existing city fabric, where The Landmark responds to the skyline Canton Tower and Pearl River system.

Wrapped by a glass-aluminum curtain-wall system, the tower is constructed with triple-glazed glasses arranged in an irregular pattern, which forms the fluidity of architectural fabric. The lightness of structure largely comes from materiality: while steel forming the stunning skeleton, crystalline glazing glasses allow sunshine filling with interiors, making natural lights a part of the poetic presentation.

To bestow the ultimate experience of accommodation, unique profiles are tailored to the limited-99-units. Floor-plans are adjusted individually, resulting in a one-in-a-kind experience. Beyond uniqueness on experience, customisation effectively avoids directly overlooking a neighbouring apartment.

The sculptural expression is a consequence of R.O.I. relevant to the client, end-users and the public, within perspectives from affordability, to utility and investment. Combining three towers into one, such a distinctive layout was shaped by the best access to the views. Maximising advantage of overlooking the lush landscape, the tower was ingeniously rotated by 45〫, resulting in scarce viewing resources that connect cityscape from four comers.

Meanwhile, the abstract silhouette is the result of an integrated architectural-engineering solution – an efficient system that minimises structural torsions also relevant to marketing purposes. Considering its high-end positioning, the team intended to maximise competitiveness on panoramas by opening up flexible floor plates - eight mega frame columns are designed to deform according to the curvature of building massing.

Residents, therefore, are allowed a 270 view of the city hub. However, under joint impacts of high-rise combining an irregular floor-plan, the probability of twisting and leaning exists in earthquakes if shear walls absent. This directly led to the current structural strategy, where loads are effectively transferred by strengthening the concrete core.

The distinguished architecture is believed to challenge traditional residential culture, where architecture simply acts as a shelter. To break-up the tendency towards mass-production in the category, The Landmark is a pioneering residential project with gateway qualities. Due to its iconic image, the community is embracing an increase in value. While once was notoriously a less-developing area, the site currently is one of the most desired locations.

Under its halo, investments and amenity upgrades are drawn in, which sustainably extends the outcomes of city redevelopment. The Landmark has established a dynamic relationship between contemporary constructions and the existing texture, looking to the future with respect to its root. 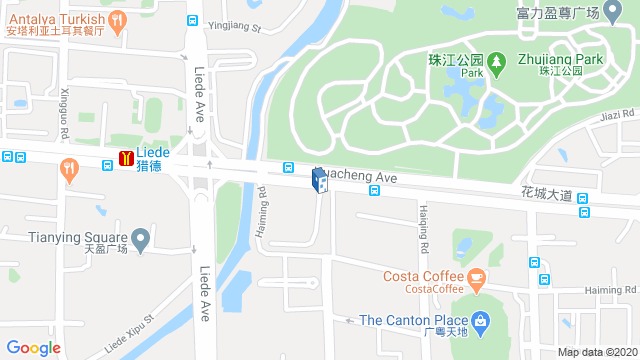 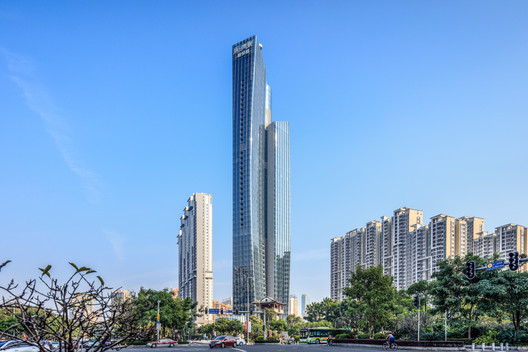