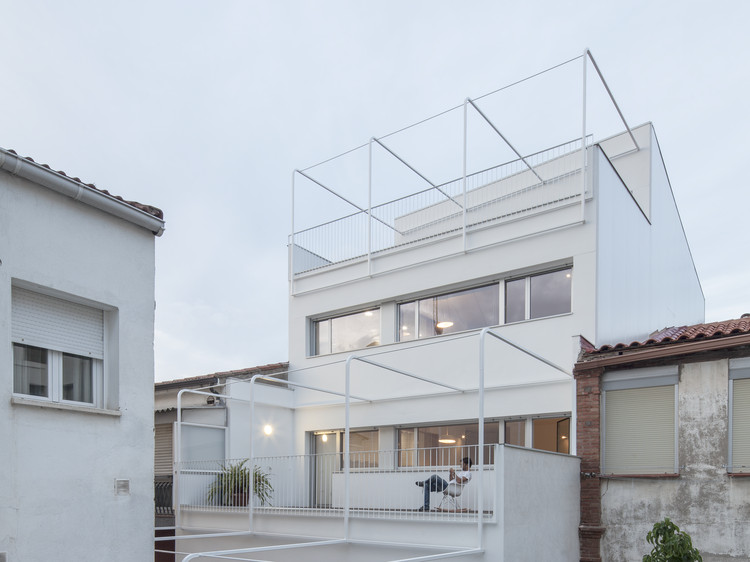 Text description provided by the architects. After the demolition of a house with no historical value located in the centre of Guadalajara, a new house is designed on a lot that stands between party walls, adapted to a complex and diverse urban setting.

The proposal was to respond to a family's domestic program, made up of a middle-aged couple and their two children. The starting point was that three different homes were to be recognized within the same house, each with its functional characteristics, establishing a relationship of coexistence while maintaining a certain degree of independence.

Assigning each unit a floor of the building was considered the most natural solution, trying to take advantage of the height that each floor offered. This was done without ceasing to relate the parts of the intervention with the whole, as not to lose the unity of the proposal. Similar to the meaning of the “Russian dolls”, in which each element is independent but retains an intimate geometric relationship with the whole.

The orientation with respect to the sun and the urban limitation of having a reduced facade front were determining ingredients from the start of the project. On the one hand, the plot presents two very different faces: the access street with a calm character is to the northeast, while the open courtyards of the block are to the southwest. The dimensional conditioning of a relatively narrow plot was used to characterize the distribution of the interior rooms.

The first structuring decision of the house, taking into account the sunlight and the character of the access street, was to direct the daytime areas to the south and the bedrooms to the north facade. The living areas and kitchens are nourished by the sun and the interior views, each level also enjoying a large sunny outdoor space: a courtyard on the ground floor and two large terraces on the first and third floors. In order to be able to use these outdoor spaces as one more room of the house, a succession of light structures were designed as pergolas, supporting textile surfaces that offer shade during the summer. The house could be explained synthetically by attending to its section: a cascading succession of exterior spaces open to the south, visually related to each other and enjoying the sunshine, to which the day areas are opened, and a backside that faces north and the access street, where the night-time areas are located. 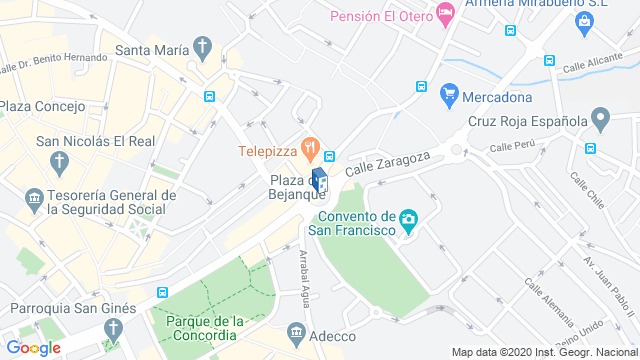 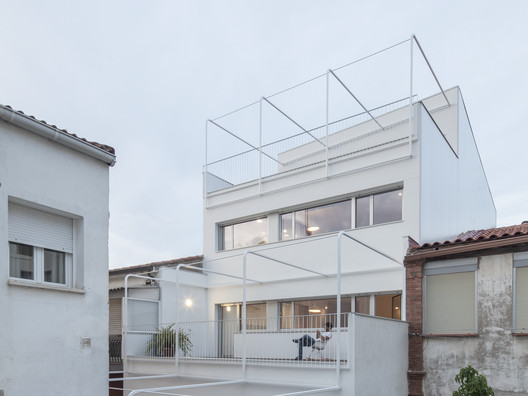