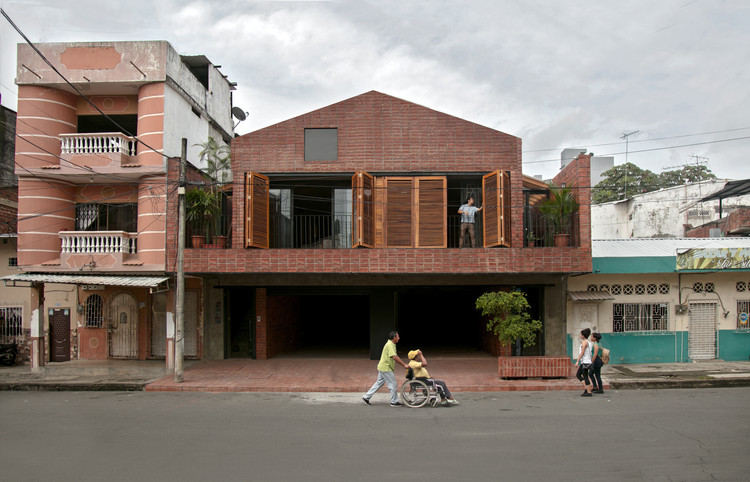 Text description provided by the architects. This project treats architecture as a diversifier of urban centres (Productive Urban Housing + Education Space). In Latin America, the growing urbanization process of recent years has produced innumerable changes, the loss of vitality of the traditional central areas being the most damaging.

Babahoyo, Los Rios, in the coastal zone of Ecuador, with 150,000 inhabitants, has been developing commercially detached from the residential area. Its alienated character is enhanced with the well-known "Real Estate Boom", which has caused several people to look for a place to live in the peripheries, ignoring the effects of displacement and abandonment. This desperate search for a new place to live leads us to reflect on new ways to diversify the city.

La Casa que Habita seeks, in the first instance, to motivate the conservation of the original meeting space, exchange and social encounter, which is vital for any city. Albita and Juan, a young couple, needed a new place to live. The possibility of using a lot within the urban area was suggested as an answer, establishing the objective of generating economic income within the lot as well as the possibility of hosting an academic support school. In this way, a program was created that allows dialogue between living, educating and producing.

The project is set up within a 12m x 30m lot, where usually a house attached to another would be built, due to a lack of public construction policies in urban centres. This practice is rethought, containing the blocks of housing and educational activities between side terraces, thus achieving adequate lighting and natural ventilation in each space. Such a strategy is supported by internal walls made of wood, cement and zinc. The walls are lower than the ceiling height, ending with a central skylight.

The project departs from a basic and abstract idea of what we understand as a house with sloping roofs, which in addition to its thermal insulation qualities takes advantage of rainwater, and also allows us to organize the space in a more efficient way due to its configuration. The front opens and connects to the city in two ways. In the front facade through traditional folding windows of wooden lattices, and in the lateral facade through openings towards the sidewalk, generating a link with the pedestrian path.

The commercial businesses are established on the ground floor, for a more direct and prolonged relationship with urban activities, while the upper floor, although divided by a central axis, is committed to housing and educational spaces.

Regarding materiality, brick, wood and ceramics have traditionally been interpreted as a resource for low-income buildings. However, the project revalues these local elements using them in 95% of the construction.

La Casa que Habita is a manifesto that rethinks the way in which urban centres are habited and densified in a more sustainable way, a vision of merging activities that help us diversify them, recovering the locality and its traditions as a starting point for new generations. 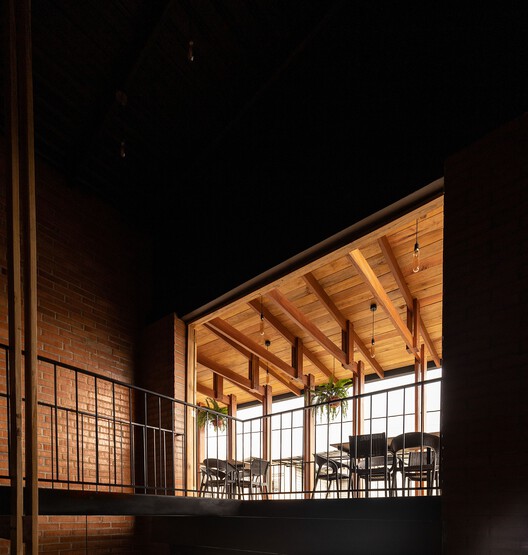 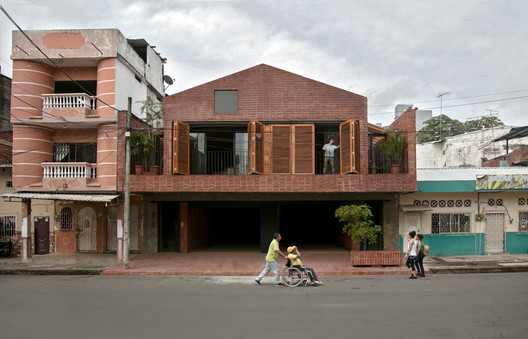