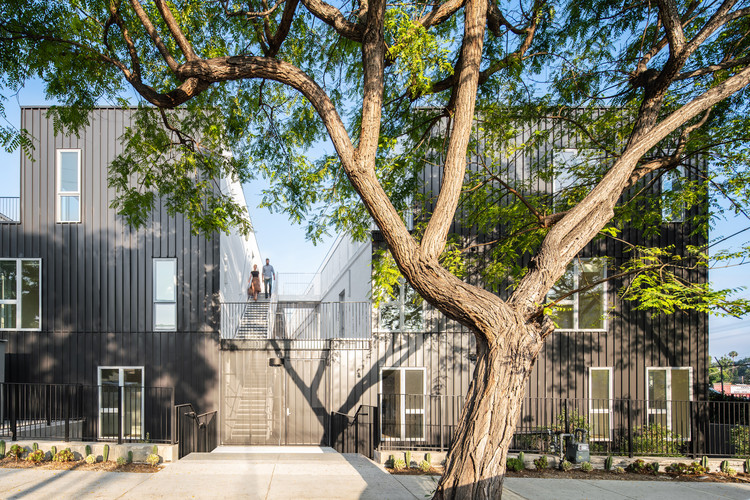 Text description provided by the architects. Los Angeles’ Silver Lake neighborhood has transformed in the past two decades from a sleepy Eastside enclave, to one of the city’s most vibrant creative communities. Yet, the majority of its housing stock has remained unchanged since the 1970s. The residential streets comprise a mix of historic homes and mid-century “missing middle” bungalows, duplexes, and fourplexes, that once accommodated its population of urban dwellers. Today, there is a need for much more density. Not only to keep up with demand but to retain a level of affordability in a housing market that has priced-out the majority of artists and ethnic communities responsible for giving the area its unique flair. A new “missing-middle” housing typology has emerged, one that has expanded in scale and placement to the edges of the neighborhoods, along with commercial corridors and busy thoroughfares (where automotive repair shops and warehouses once stood.) With these changes comes a need to bridge these new missing-middle communities to the neighborhoods and streets that they straddle.

The design for Dillon617 is derived from two long bars connected by an exterior walkway and pushed to one side of the property to allocate a significant portion of the site to a landscaped paseo. This gesture creates a dynamic open space
for the residents and brings light and air deeper into the building. Dillon617’s southern bar is pulled apart at each street frontage, opening up the project’s corresponding entrance to frame an intimate moment that allows the building to open and unfold down to the street level.

The design further articulates this paseo edge by carving away stepped terraces out from the central pinch point. These shared and semi-private terraces take advantage of southern exposure and centralize the common amenities to promote neighborly social interaction. This terracing is mirrored on the northern elevation to break away from the surrounding buildings and align with context. With punched balconies checkered across the long elevations, the design ensures that each unit has access to open space.

The dark metal exterior adds an element of contrast by incorporating a bright white inner corridor. This is not only an aesthetic decision, but the reflected natural light in the walkways and units is one of several passively sustainable strategies. The composition of solid metal siding and perforated screens animate the street-facing elevations for a more accessible relationship with the surrounding context, further abetted by the open sidewalk plaza.

As Los Angeles densifies, the inevitable conflict between multi-unit housing and houses becomes increasingly apparent. By incorporating the types of spaces found in the surrounding neighborhood into a denser building - intimate green spaces, terraced hillsides, and plazas- LOHA’s design has allowed the two disparate typologies to coexist. Dillon617 exemplifies how thoughtful design can help solve urban issues like densification while retaining sensitivity to context. 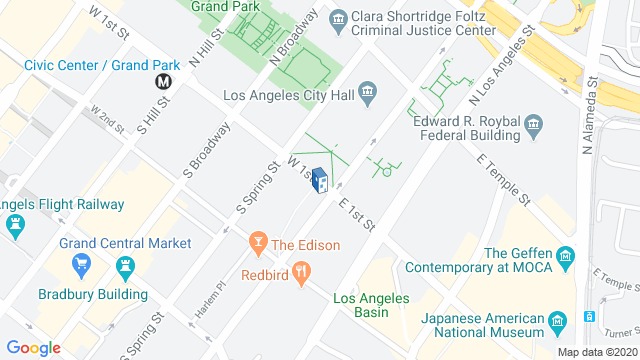 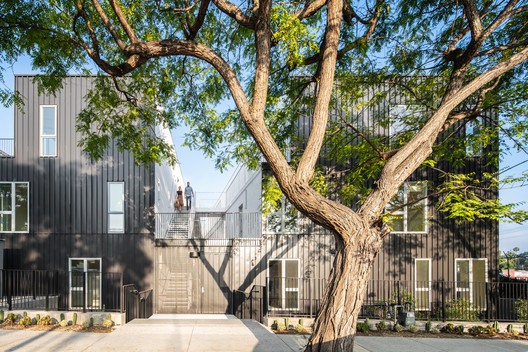