Save
I Park Apartments / NBJ Architectes 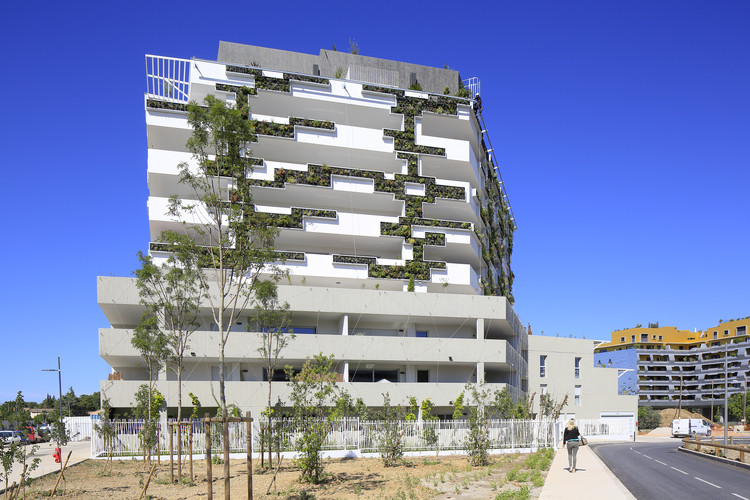 Text description provided by the architects. Thought a process of dialogue with the city of Montpellier, the equipment company of the Montpelliéraine region, Jean Nouvel, chief architect of the ZAC and promoter Pragma, the housing building "I-Park" facing the new town hall of Montpellier, is a building of eight levels in variable layers.

Thought like a stratified and faceted monolith, the project constitutes an urban built front in its dividing line with the street. Adjoining the project site, a public park in continuity of Lez will offer unobstructed views of the river and its banks to housing. A landscape band allows a distance between public and private spaces.

The base of the project is treated with stamped concrete while the body of the project consists of a unified facade. A double skin allows adaptability to each orientation, in connection with the direct / projected environment. A specific composition was thought for the urban facade. It is a sequence of three buildings interacting with each other and thus forming an animated entity. The facades facing the park and the Lez have the challenge of offering the vision of a park turning on the frame, integrating and absorbing perfectly the construction in its environment. A game between vegetated facades and reflecting facades projecting the plant in the urban fabric is thus set up.

This project draws its specificity from a strong desire for research and experimentation on living conditions in a Mediterranean climate. The vegetated facades are the subject of an upstream research allowing us to work directly with specialists as well as the realization of prototypes. 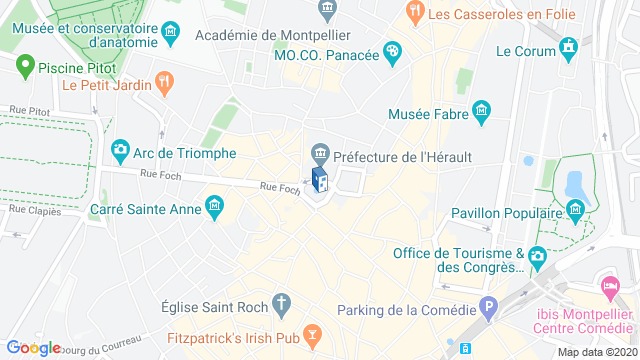 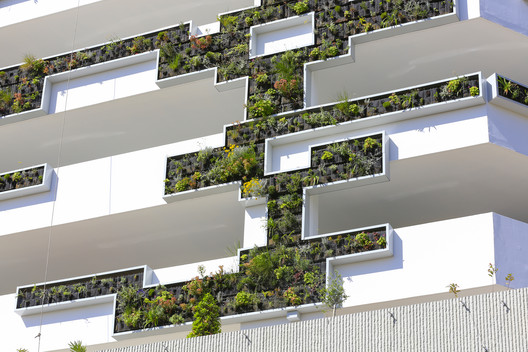 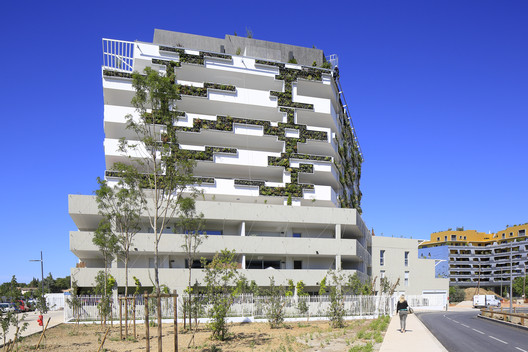